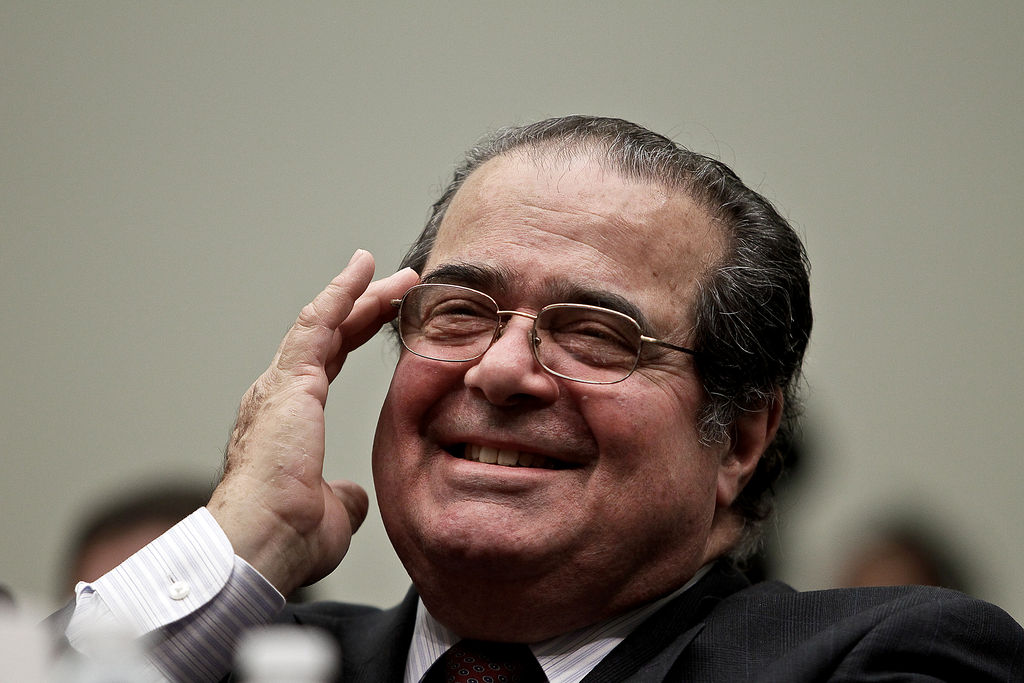 (TriceEdneyWire.com)
As flags fly at half-staff over the White House and U.S. Supreme Court building this week after the sudden death of U. S. Supreme Court Justice Antonin Scalia, the debate has already turned to who should replace the ultra-conservative justice and moreover, who should appoint his replacement.

While giving condolences to his family, President Barack Obama has quickly pointed to the U.S. Constitution, which, in Article II Section 2, gives the President the power to nominate Supreme Court justices with a Senate vote on that appointment.

“For almost 30 years, Justice Antonin “Nino” Scalia was a larger-than-life presence on the bench – a brilliant legal mind with an energetic style, incisive wit, and colorful opinions. He influenced a generation of judges, lawyers, and students, and profoundly shaped the legal landscape. He will no doubt be remembered as one of the most consequential judges and thinkers to serve on the Supreme Court,” Obama said in an initial statement released Feb. 13, shortly after the announcement that Scalia had died in his sleep of a heart attack.

Giving honor to Scalia for his service, the President then announced, “I plan to fulfill my constitutional responsibilities to nominate a successor in due time. There will be plenty of time for me to do so, and for the Senate to fulfill its responsibility to give that person a fair hearing and a timely vote.”

The President’s announcement of his intent to nominate was immediately met with scorn from Republican leaders who contend that he should hold off and allow the winner of the presidential election to make the appointment, a suggestion that has been answered with strong calls from Democrats and civil rights leaders for Obama to move forward.
Only hours after the death was announced, lines were drawn by Republicans saying Scalia’s replacement should be named by the next president, who they hope will be a Republican.

“The American people should have a voice in the selection of their next Supreme Court justice,” Senate Majority Leader Mitch McConnell said in a statement. “Therefore, this vacancy should not be filled until we have a new president.”
Presidential candidates have also taken sides along party lines, some even contending that Scalia’s appointment should be of the same philosophy. But the Congressional Black Caucus is not having it.

“McConnell is reinforcing the Republican political agenda to disrupt governmental functions when the circumstances do not line up with their philosophy. It is imperative that we have nine members of the United States Supreme Court deciding constitutional issues that are important to the American people,” wrote CBC Chairman G.K. Butterfield in a statement.

He continued, “We will vigorously confront Senate Republicans at every turn should they dismiss President Obama’s nomination.”
Benjamin L. Crump, president of the National Bar Association, the premier organization of Black lawyers and judges, was the first to issue a statement.

“One of the primary missions of the National Bar Association has always been to maintain the integrity of the judiciary by ensuring it is a diverse representation of all Americans, it is our hope that President Barack Obama will quickly nominate and the Senate timely confirm a nominee to fill the vacancy in the U.S. Supreme Court created by the death of Justice Scalia.”

Scalia is highly respected given his longevity on the court. He had served 30 years. But his brash opinions and even racially insensitive statements have given him a reputation of disrespect toward Black people. His recent implication that African-American students should attend “slower” colleges underscored that reputation.
Melanie Campbell, president/CEO of The National Coalition on Black Civic Participation, also chimed in sending prayers and condolences to the Scalia family while listing crucial issues that are now at stake – many of specific importance to the Black community.

“It is our hope that President Obama will nominate someone who can serve the Supreme Court with compassion and a sense of justice particularly in matters such as civil rights, voting rights, reproductive justice, fair housing, education, marriage equality, immigration, racial and ethnic discrimination,” she said.

This Supreme Court appointment is particularly important to the civil rights community given that most civil rights or race-oriented cases end up being decided 5-4 by the nine-member court, with Scalia on the conservative side. Meanwhile with a court evenly divided 4-4 by philosophy, if a vote comes down the middle that way, the lower U. S. District Court’s ruling would stand.