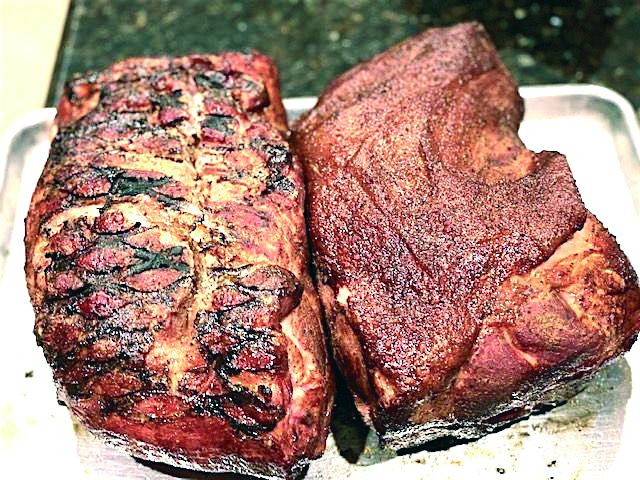 It was time for him to burn. To hear him tell it, like the original cowboys who were African-American instead of Hollywood’s version, he needed to “feel his face.” Like Bass Reeves, the original and real Lone Ranger on a mighty steed, Cowboy Dan mounted his Indian Chief motor cycle Casper and rode off into the Coastal Virginia sunset. Spices in his saddle bag. Have chef’s knife instead of Bowie knife will travel.

I asked him when did he first learn about Juneteenth. History and Government were my favorite subjects in high school. It was at least three years later before a friend and collegiate from Beaumont, Tx told me about it.

“ I first learned about Juneteenth in elementary school social science class . . .history class, “ said Dan, interviewed by phone while on a smoker. “They (teachers) talked about how the Emancipation Proclamation was signed, and how all the rest of the states were already freed.

“But a whole lot of people in Texas didn’t find out until later. Because of everything that went on, it took Texas a minute to realize that the bill had been signed.”

Cell phones have a uni-direction microphone. You could hear the jovial challenges, the atmosphere and bravado exchanged as Cowboy Dan tried to talk and interact with other cooks and family excited about his return home to celebrate a week ahead.

Such revelry begged the question, when did he first start celebrating Juneteenth as a holiday.

“My first Juneteenth celebration was when Doric Temple 46 would gather in a park.” Reminiscing while loading his Dad’s smoker with a pork shoulder or two.

Dan is a member of Arabia Temple No. 12 in Portsmouth, VA. His popular chicken on another rack enveloped by the smoke of Mesquite chips on the coals. His dad, Dan, Sr. , a veteran and retired baker, could be heard shouting his son was about six or seven years old over the din of the celebration.

“My Dad and God-fathers were cooking out in another park not far from here.” He added. “We’re pretty much fixing our same traditional cookout menu.”

Besides the chicken and ribs, Cowboy had just made sure the bark on his brisket was dark enough on the other smoker. Besides the brisket, the proteins included beef ribs, pork butts and shoulders, smoked chicken or grilled chicken. According to Dan, ”just standard stuff you eat at a barbeque.” He added the sides were western style baked beans, potato salad, smoked corn “shelled or unshelled (husk peeled off before grilling or smoking), a “tasty one” he emphasized as being his favorite.

Whereas, in Virginia, we smoke with our native hickory and apple wood, for that western flavor, Mesquite is used. Both culinary cultures meet at the use of pecan shells and wood.

I’m in love with the artisan made Texas beef link sausage.

In the “smokin’ and grill’in” mood for Father’s Day, I’d thought I’d smoke a brisket or two. Since he was home away from home, I thought maybe Cowboy Dan missed his friends and fans in Coastal Virginia, acquiesce and relinquish his dry rub ingredients that have been compared to the famous Rendezvous Restaurant in Memphis, TN by the dry rub’s creator herself. Since I learned how to cook a whole hog in a pit at 12 years old, I’m sure I could replicate, or hack, as the kids say, his award winning, legendary moist melt-in-your-mouth beef brisket.

Settled for the chicken.

“Clean your chicken and split it down the back. Marinate it in lemon or lime juice or fruit depending on the flavor profile you want. Salt and pepper, sage, cumin and paprika. Crush a clove of garlic or two. Let it marinade for 24 hours,” the grill master instructed matter of factly.

“Smoke it at 275 (degrees) for an hour, an hour and a half. Two hours depending on the size of the chicken,” said the grillin’ guru. “You know in different places, chickens come in different sizes. Now, we’re talking about a whole chicken, said Dan, his sardonic humor seeping in his voice in a Texas kind of way, playfully admonishing amateurs. “Not a wing, not a quarter of a chicken. A whole chicken.”

“I bust him open. Season him up. Let him marinate 24 hours. Then once the coals turn white I put him across there and let him go.”