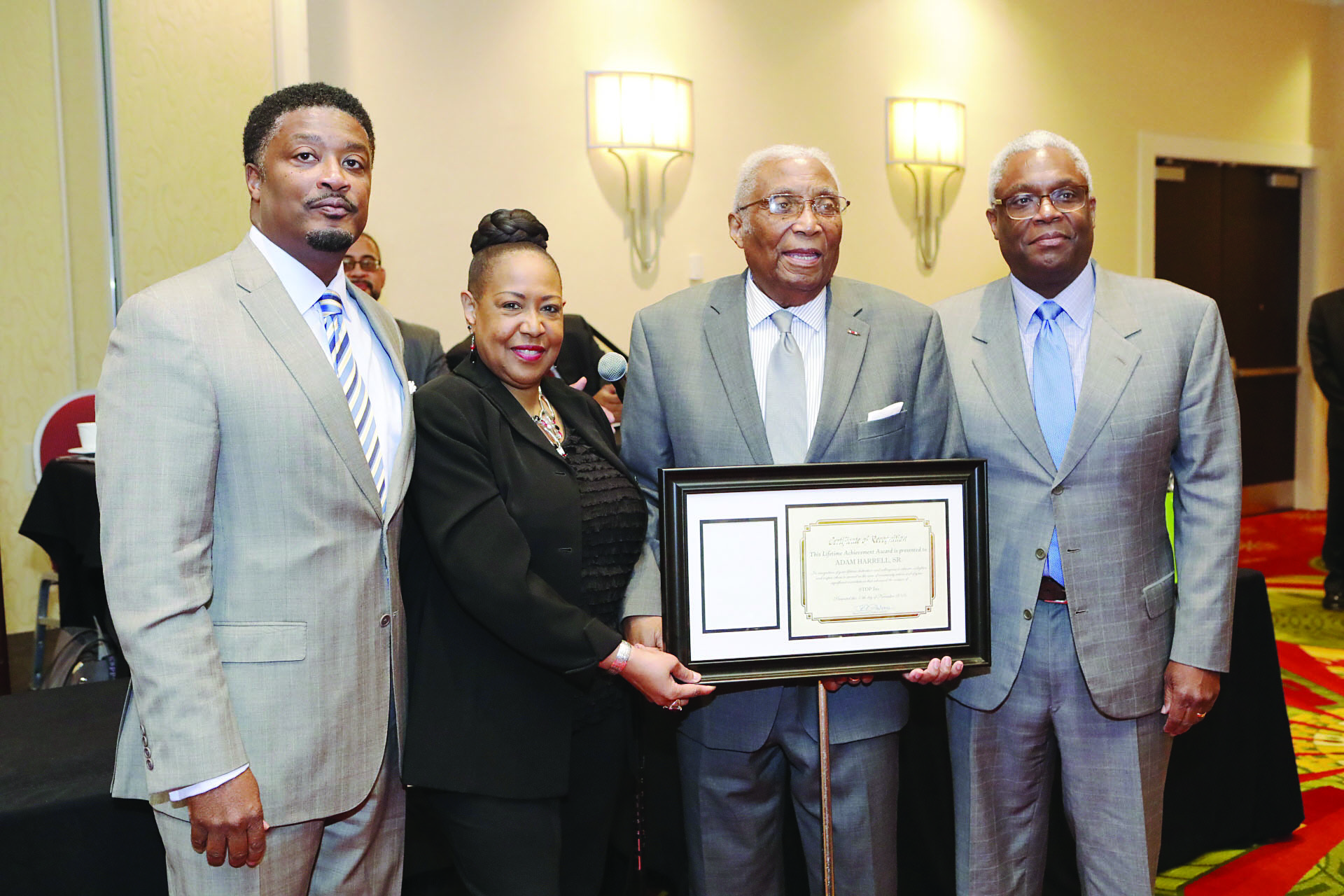 NORFOLK
STOP Inc. celebrated its 51st anniversary with its Annual Stakeholders Luncheon recently under the theme “Unlocking Portals to the Future.” Iisha Scott of 13 News Now was the Mistress of Ceremonies. STOP’s first Chairman Emeritus George F. Reed gave the statement of purpose.

The agency is chaired by Board Member William E. Curtis, and is under the leadership of Regina Lawrence, CEO and President.

Keynote speaker Karl Cureton, Founder and Executive Chairman of the National Minority Technology Council, focused his speech on the need to help individuals earn beyond a living wage through knowledge.

“It’s about what we know,” Cureton stated. “Knowledge has been held hostage, and the only way to release it is for the people that know to stop and tell the people that don’t know.”

The event was filled with laughter, love and even a few tears, as heartfelt words were shared by guests, former and current employees and customers. Highlights included the awarding of the 2016 Lifetime Achievement Award to Adam Harrell, Sr. Mr. Harrell worked with STOP in the 1970s and was responsible for the planning and execution of a major grant for the agency. He referred to his work with STOP as a “labor of love” and stated that at STOP “Not only do we change people’s circumstances, but we change their hearts.”

Mr. Harrell’s statement on STOP’s ability to change individual’s circumstances and hearts was evident in the testimonial given by Marilyn Oliver, a veteran who received housing assistance through STOP’s Supportive Services for Veteran’s Family (SSVF) program. While speaking on her recent life experiences, she shared that “It’s ok to fall, but it’s the getting back up and moving forward that’s important.” She has moved into her own home and is now enrolled in school to become a medical assistant.

Nicole Pollard and Jhakira Rodriguez, both employees of STOP, shared how STOP positively impacted their lives. Since receiving housing assistance, Ms. Pollard has gone on to become a Certified Housing Counselor and works as a Housing Counseling Support Specialist in STOP’s Homeless Intervention and Support Department.

Ms. Rodriguez came to STOP as a high school student enrolled in the Project Discovery Program implemented by STOP in local high schools. She is now the Youth Development Support Specialist at STOP and thanked STOP “for helping her find her passion.”

Ms. Lawrence was herself honored with a surprise token of the agency’s appreciation by the Employee Recognition Committee.