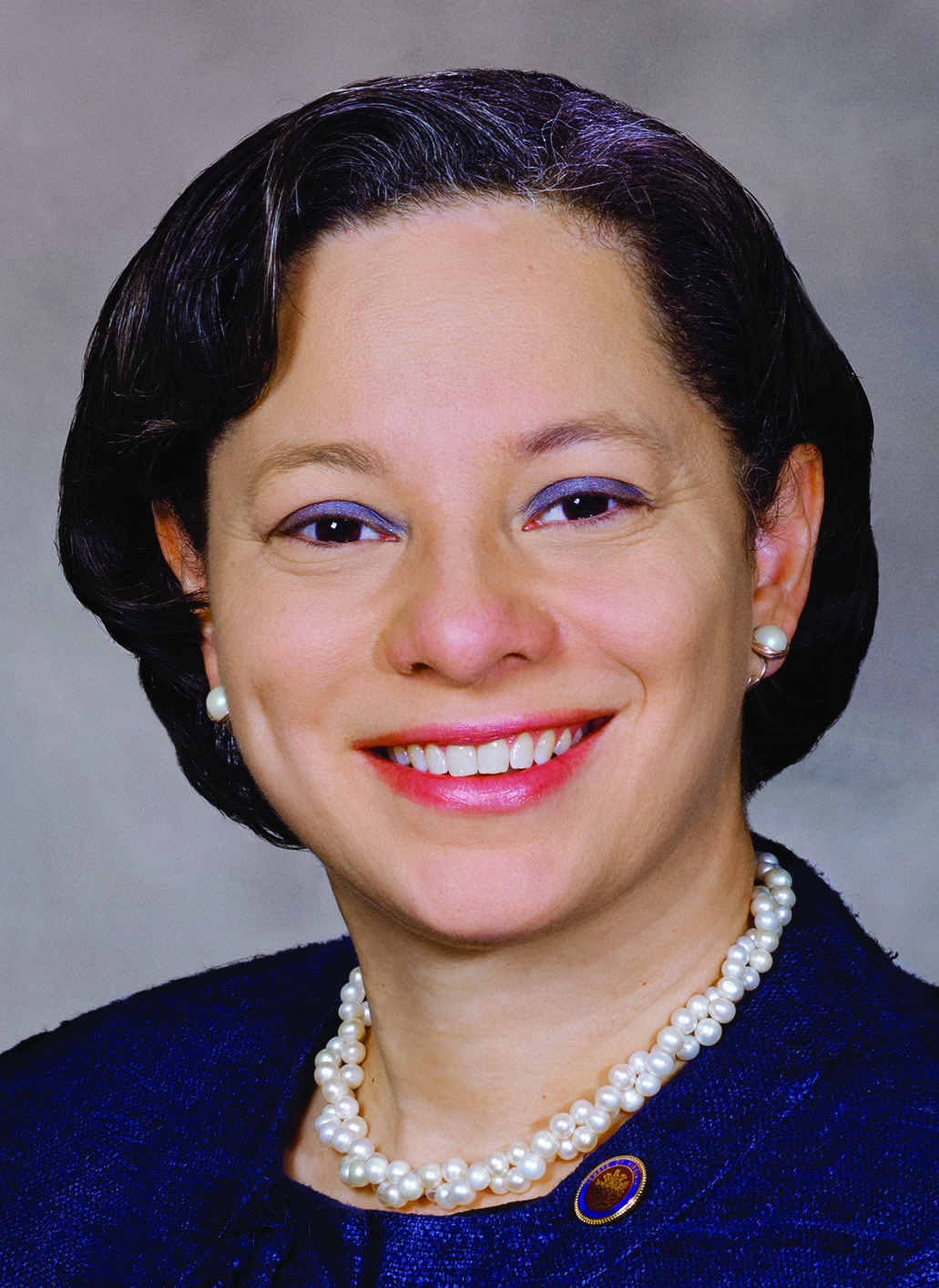 On the night of April 4, 1968, Rev. Dr. Milton Reid said he was busy in his study at New Calvary Baptist Church in Norfolk, where he pastored, working on final plans for The Poor People’s March which would roll through Hampton Roads on its way to Washington, D.C. in early June.

Dr. Reid told the Guide in March 1998, that his friend, Martin was due to arrive in Norfolk later that week when they and others would finalize the logistics for the March involving people from all over the nation.

The Poor People’s March was a symbolic gesture to urge the United States to invest more of its resources into fighting poverty at home, rather than the Vietnamese overseas.
At one point Dr. Reid said his attention was quickly drawn away from his work to the news on TV…Dr. Martin Luther King, Jr., had been shot to death in Memphis. Dr. Reid helped King form the Southern Christian Leadership Conference (SCLC) and he had once led the Virginia unit. In 1966, Dr. King gave the keynote speech at Dr. Reid’s installation as the Senior Pastor at New Calvary.

King was in Memphis, supporting efforts of sanitation workers to secure better working conditions when his life ended.

Dr. Reid said that instead of a Poor People’s March, he and others would begin to plan for King’s funeral. He noted the man who “dreamed of Black equality was dead, but his dream would live on.”

This year the nation will be observing the 50th anniversary of Dr. King’s death. As Dr. Reid had promised, in Memphis, Atlanta and elsewhere on April 4th and throughout the year, people will gather at various events to highlight King’s legacy.

The Virginia General Assembly’s Martin Luther King Memorial Commission will be joining the observance with a series of events at each of the locales in Virginia, where Dr. King visited during the course of his 13-year career as a national civil rights leader.

State Senator Jennifer McClellan, who is chair of the Commission, said that the organization has identified at least 11 locales where King visited to make speeches, attend programs and other events in Virginia.

King’s civil rights career began as the leader of the Montgomery Bus Boycott in 1955. After it ended successfully, King, who had caught the attention of Black leaders across the nation, help formed the Southern Christian Leadership Conference (SCLC) in 1957.

With the Supreme Court’s Brown Decision, the murder of Emmitt Till and the Montgomery Bus Boycott and two others, the Modern Civil Rights Movement was planting seeds of resistance to Jim Crow across the nation, including Virginia.

According to the December 28, 1957 edition of the GUIDE, Dr. King was scheduled to attend and speak at the annual Emancipation Celebration program at the First Baptist Church 23rd and Jefferson on January 2 in Newport News. It was his first mention in the GUIDE of a visit to this area by King.

“… Dr. King, then president of the Montgomery Improvement Association) is the dynamic pastor of the Dexter Avenue Baptist Church of Montgomery,” the article said. “This scholarly and religious leader graduated from high school in two years.”

In February of 1957, King and others had formed the SCLC.

His first visit to Norfolk took place, according to the June 19, 1961 edition of the GUIDE, on June 30 of that year. According to the GUIDE, King would address a rally staged by the Virginia chapter of the “Christian Leadership Conference” at the Norfolk Arena. Today the old Norfolk Arena sits at the rear of the Harrison Opera House at Granby and Virginia Beach Blvd. It was the largest city-owned facility in Norfolk and was the venue for not only for rallies such as this, but also sporting and concert events.

Plans for the event were made, according to GUIDE article, at the New Calvary Baptist Church, according to the Rev. Milton B. Reid, then of Petersburg and President of the Virginia Conference. The planned rally would be for the entire eastern region of Virginia.

The June 30 appearance would be the first time King ventured to Norfolk He was scheduled to speak at the SCLC conference in October of 1958, but a few days earlier, he suffered wounds at the hands of a demented woman while autographing books in a New York City department store.

According to Senator McClellan, King, instead of traveling to a planned meeting in Virginia the day he was killed, he changed his mind and flew to Memphis instead.

The Senator said King made other notable visits to other parts of Virginia before April 1968, including a March 25, 1963 appearance in the Old Cabell Hall at the University of Virginia, where he spoke before 800 students on various issues related to civil rights.

During his visits to Virginia, King also spoke to students at Virginia Union and at Norfolk State.

In Danville, Virginia, on the night of June 10, 1963, about 50 civil rights marchers had gathered outside Danville’s jail to hold a prayer vigil for those who had been arrested during protests earlier in the day. Those arrests culminated weeks of protests and marches by Blacks demanding an end to racial segregation and oppression in that city.

This event was called Danville’s “Bloody Monday” two years before the “Blood Sunday” event at the foot of the Edmund Pettus Bridge in Selma, Alabama, on March 7 1965, when Blacks sought to march to Montgomery to demand the right to vote in that state.

On July 11, King spoke at a church in Danville in support of Black residents’ effort to secure economic equity in that city.

McClellan said that King’s last book “Where Do We Go From Here,” was released a year before he died and its theme resonated in his speeches leading up to his death in April 1968.
By April 1968 the movement Dr. King led had secured the voting and ciivil rights protections for Blacks and other oppressed groups.

During the last year of his life, he pivoted to address the war in Vietnam and the need for the nation to fight poverty for all people, motivation for the Poor People March.
This and the civil rights efforts converged with student protests over Vietnam, the awakening feminist movement and the 1968 presidential election. Blacks angered by police brutality and poverty in the cities rioted. Republicans won that election after the assassination of Democrat Robert Kennedy in June 1968.

Some of the same issues played out in 1968 are echoing 50 years after. The election of Republican Donald Trump was propelled by a similar White backlash spurred by racial fears and economic insecurities. The White working class fear their privileges are being threatened by the continued quest for economic and social equity by Blacks, Gays and women. Also, there was unrest in Baltimore and Ferguson, again by Blacks over police brutality and poverty.

“I think history is cyclical,” said Senator McClellan. “I think the backlash against the civil rights movement of the 1960s … you see against the election of President Obama, Gay rights and Black Lives Matters. So many people who live today do not know how Jim Crow

racism affected the lives of people in the 1960s. Then racism was overt and obvious, as we see it today.”

Each year, since 2006 when the Virginia legislature convenes, McClellan and other Black lawmakers in the House and Senate deliver speeches to coincide with the anniversary of an event in Dr. King’s career, such as the passage fo the Voting Rights Act, or this year, his assassination.

“I try to use his own words from his speeches and from the final book he wrote in 1967, “where do we go from here,” said Senator McClellan. “I think he (Dr. King) was more than just the Civil Rights Movement which brought about the civil and voting rights acts. He was about economic equity, non-violence and the beloved community where Blacks and others had an equal voice.”