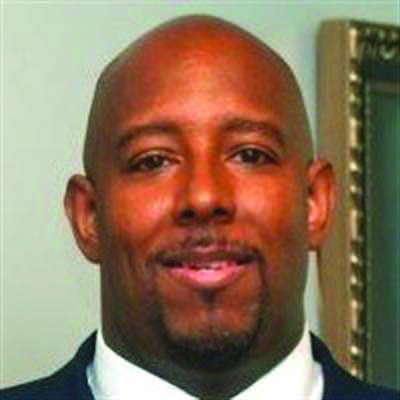 An upswing in membership, filling of leadership positions which have been empty for months and closer ties and coordination with local units, are on the ‘to do’ list of Rev. Kevin L. Chandler, the new President of the Virginia State Conference of the NAACP.

Chandler, 54, born in New Jersey, has spent 41 years in Halifax County, where he is now the Senior Pastor of the Trinity Baptist Church of South Boston.

Chandler’s rise to the top – and unpaid job – started in 2000 when he followed his grandparent’s footsteps in the civil rights organization in Halifax County.

Chandler was selected the state NAACP’s new leader during the 82nd annual state convention in October in Henrico County.

It seems the choice of Chandler was met with relief and applause.

“I have had time to work with Kevin Chandler,” said Joe Dillard, Jr., the President of the Norfolk Branch. “I think he will do well … getting our administration part of the ship back in order and it seems like Kevin is going to be running a statewide advocacy ground game.”

During an interview the GUIDE last week, Chandler said the NAACP has been invigorated at the state and local levels with the rise in White Supremacist groups, violence toward Blacks, Hispanics and Muslims, and the Trump administration’s effort to turn back the clock on recent gains in civil rights,

Chandler said the Virginia NAACP will coordinate with allied organizations to fight against threats to civil and voting rights, racism, disparities in education, economic empowerment, and it will seek judicial reforms.

He said he has seen a rise in the number of new memberships since the 2016 election and the GOP’s gaining control of the national government.

“Now is the time when we must be that civil rights organization of old,” said Chandler, who is an NSU graduate and former Vice President of the NAACP for two years.

“We don’t have to accept acts of hate and civil rights destructions. There is a voice that says ‘No’ and that voice is from the NAACP.”

Chandler said to enable the NAACP to carrying out its agenda, it must get its administrative and leadership house in order.

He said the state delegation has ordered him to hire a new State NAACP Executive Director, one of only two paid positions in the state conference leadership, by next March.

The Executive Director works out of the central office in Richmond and conducts everyday operations of the organization so far as channeling resources to support the 51 local units waging their battles.

The last Executive Director was Jack Gravely, who left the job in July of 2016 and died two months later at the VCU Medical Center of cardiac arrest.

Chandler said the organization’s inability to search for and then hire a new Executive Director was due to “internal indecisions” which have now been resolved.

One of the names being floated to be assigned that job is former State President Linda Thomas. Dillard told the Guide that he and other NAACP leaders would support such a move. He said that she would complement Chandler’s agenda and leadership style.

Various local NAACP activists have expressed interest in the two positions and Chandler said the positions will be filled soon.

The filling of those positions will arrest complaints that the Virginia NAACP has been missing in action in the ongoing civil rights battles being waged in the wake of the Republican takeover of the levers of power in Washington, D.C., the debate over the Confederate monuments around the state, and educational issues.

But Chandler said the State NAACP was in action during the recent general election, joining a coalition of political and progressive- leaning allies to help gin up the turnout of Black voters to the polls.

Chandler said across the state he saw churches, NAACP branches and other organizations use phone banks, knock on doors and organize caravans of buses to get Black people to the polls.
That effort helped Democrats sweep all three of the top political offices, and come within two seats of taking the House of Delegates.

African-American political activists and groups like the NAACP are hoping the Black support for the Virginia Democratic Party is an investment which will reap viable dividends in support for issues critical of interest to them.

“I will champion voter empowerment and protection,” said Chandler. “If we can get our people to the polls we can come to the table and confront the disparities in the suspension and expulsion of Black children from public schools and other issues.”

“If you expel a child from the school for a year,” he said, “that student will leave school and will eventually be in the school to prison pipeline. We will also have some support for funding disparities and inequalities in the public schools.”

Chandler said the State NAACP will be working with members of the Virginia Legislative Black Caucus and other advocacy groups on various pieces of legislation which they are putting forth during the upcoming session of the General Assembly.

One of the most interesting ones related to criminal justice is raising the threshold from $200 to $500 and higher for stealing something which is defined as larceny and felony in Virginia. The State NAACP supports it and are hoping it is raised. Poor Blacks are disproportionally affected by the lower threshold.

The bill died during the last session of the General Assembly and had bipartisan support.

Chandler said the NAACP will be supporting the passage of stronger legislation to restore the civil rights of convicted felons once they leave prison and pay their fines.

Governor Terry McAuliffe has been doing it on his own via Executive action, as part of his criminal justice reforms efforts.

Chandler said the NAACP is watching Gov. Elect Ralph Northam’s appointments of his cabinet and other administrative jobs. Chandler said he hopes the new chief executive will appoint minorities and women to important jobs beyond the Secretary of the Commonwealth or other sub level cabinet posts,

Now with a stronger hand in the House of Delegates, the Democrats will give have more clout during the upcoming redistricting debate by the state legislature. The party managed to flip a number of Republican-dominated House districts, created by the GOP’s most recent redistricting.

Chandler said that “I hope we will draw more politically fair districts, and break the Republican hold on this process.”

Chandler said the NAACP will be working on expanding economic development. He said the group supports a call for locales to address the disparity in the participation of minority businesses in procurement programs and development.

Chandler is the Behavioral Health and Wellness Manager for the Southside Community Services Board.

He said he is an advocate for expansion of Medicaid to help poor and working class people use the Affordable Care Act which the GOP has opposed.

He said that he is deeply involved with agencies in Halifax and Brunswick Counties which are involved in confronting the opioid addiction problems which are contributing to hundreds of deaths due to overdoses in Virginia, especially in the urban areas.

Many advocates recognize that while the criminal justice system is approaching the opioid addiction problem as a medical problem, Chandler recalls the crack cocaine epidemic was weaponized to arrest and jail many Blacks who used and sold it.

But he said the NAACP will be helping to address the issue. And while there are lawmakers who are proposing the decriminalization of the possession of small amounts of marijuana, poor and Black people are disproportionately arrested and jailed, and it will continue until reforms on the issue are made.

Chandler and NAACP and civil rights leaders across the country are worried about the Trump White House nominating mostly White and male judges to federal courts.

Chandler said while Trump may not have any legislative accomplishments, his appointments to the federal courts will have a lasting effect for several generations, so far as legal battles related to civil rights.