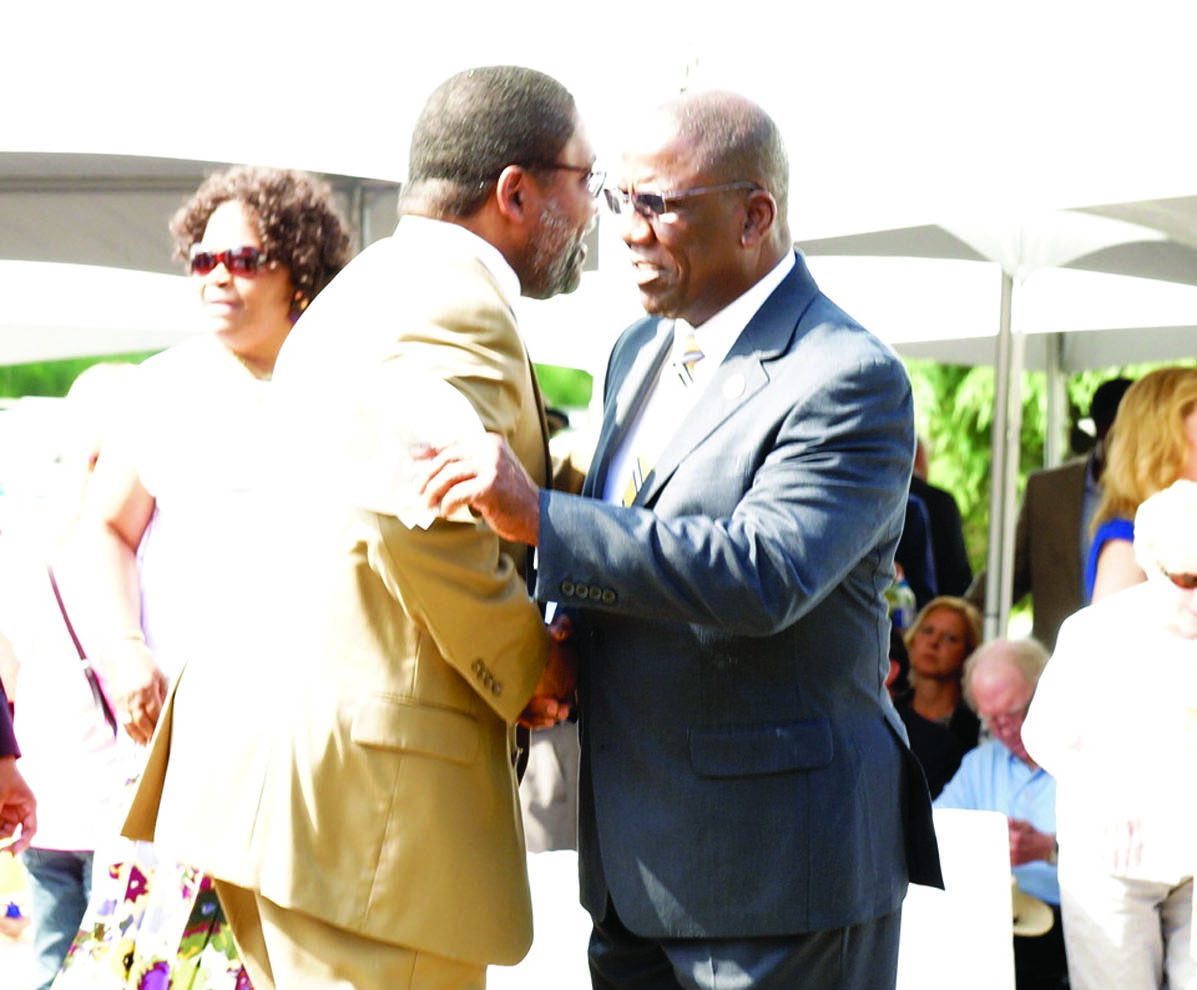 Norfolk and Chesapeake residents who live in the boundaries of the 5th Senate District will be participating in the Democratic Fire House Caucus Primary July 9 to determine who will be the Democratic nominee. Virginia State House Delegates Lionell Spruill of Chesapeake and Joseph Lindsey of Norfolk will be the two names on the ballot for the Democratic Party.

Since there is no viable Republican contender to be nominated, local political operatives say the winner of Saturday’s contest is expected to be elected the next 5th District senator during the November 8 General Election. The two men are seeking to replace Kenneth C. Alexander, who was sworn in as the city of Norfolk mayor’s on July 1. The 5th District includes precincts in both cities. Over half of them are in Chesapeake.

Individuals who are registered voters in the district will be allowed to participate in the fire house primary which will take place from 10 a.m. to 2 p.m. There will be only one site for Norfolk residents to vote: the Kroc Center at Princess Anne Road and Ballentine Blvd. In Chesapeake, it will be at Camelot Elementary School and the Indian River Library.
The contest has pitted long time political and party allies against each other and has tested alliances for the men in both cities. Spruill is the senior member of the House of Delegates where he has represented Chesapeake’s 70th House District for 22 years. He was first elected in 1994. Lindsey, a Norfolk attorney, represents Norfolk’s 90th District and brings two years of state legislative experience to the position. A native of Norfolk, he replaced former house delegate Algie Howell in 2014 when Howell, who now sits on the state Pardons and Parole Board, stepped down.

Both candidates are touting their support for education, economic development and transportation as key issues they are concerned about for not only for the two cities which make up the 5th District but region-wide. Spruill is sporting his legislative experience and his support for Norfolk State University and his broad political connections about the region, state and nation. Lindsey, who is well-connected within Norfolk’s political circles, lists his support for local education, public safety and civil rights during his two years in the lower house of the Virginia General Assembly. Many in Norfolk have long deemed the 5th District as a “Norfolk Seat” because it has been held by two African-American politicians from Norfolk since 1987; first by the late Senator Yvonne Miller until her death in 2012, and then her protégé, Alexander.

But Spruill and Democratic Party operatives claim that the 5th Senate District, as the other 47 Senate Districts, is composed of more than one city. “There are over nine million people in Virginia,” said one party operative who asked that their name not be used for this article. “So you have to have multiple cities in these districts to adequately represent all of those people.”

Both camps realize that a turn-out-the-vote effort will be critical during the four-hour window for district residents to go to the polls. After the July 9th Primary Caucus, the question then will be raised: who will replace the winner? Spruill said if he should win, he would support former Chesapeake Councilman Democratic Party operative Cliff Hayes to replace him. Lindsey has not indicated who he would like to replace him if the political fortunes fall his way.