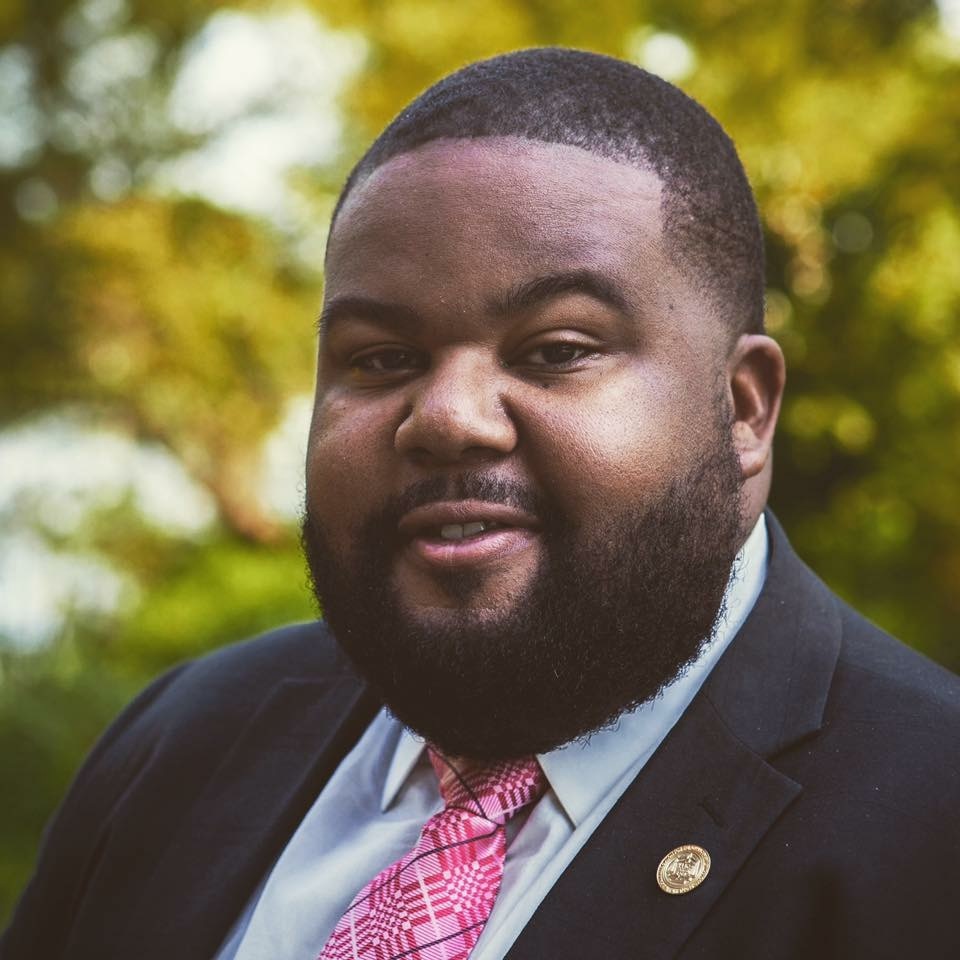 At age 26, Joe Dillard is the President of the Norfolk NAACP. A native of Richmond, Virginia, his family moved to Norfolk when he was six-years-old, and he was raised in the Titustown Community.

Dillard earned his undergraduate degree in Political Science at Norfolk State University and is currently enrolled in NSU’s Graduate Program with the concentration in Urban Affairs. He is also a recent graduate of the University of Virginia Sorensen Institute of Political Leaders, Emerging Leaders Class of 2015.

Dillard began his NAACP advocacy as a college student. In 2012, he was appointed Chairman of Housing and Community Planning for Norfolk State University NAACP Chapter where he worked to guarantee the rights of students and staff to live in any campus controlled housing without regard to race or color.

He demanded the enforcement of community housing for both students and staff. When necessary, with approval of the Association, he sponsored direct action programs as a means of publicizing and correcting intolerable housing conditions. He sought to eliminate segregation and discrimination and to improve the general housing conditions for Blacks and other minorities in the community at large.
His progress to president of the Norfolk NAACP began in April of 2013 when he was appointed Chairman of the Economic Development Committee. That September, he was appointed 2nd Vice President and in October, he became Interim President and served the remaining term of the outgoing President.

On November 10, 2014, he was elected President of the Norfolk Branch NAACP, becoming the youngest president in the United States. On October 31, 2015 he was elected to serve as the Vice President for the Virginia State Conference of the NAACP. He continues to serve with the vision of uniting the community as one.
Dillard is also the Vice President of the Greater Hampton Roads Black Democrats and is also a member of the Democratic Committees in Norfolk, Virginia and Portsmouth Virginia respectfully.
He serves as a prominent and active member of Norfolk’s Mount Gilead Missionary Baptist Church. He volunteers his service on several area boards and committees dedicated to human and civil rights.

***
What are your career aspirations?
I want to be in a position to influence and change policy for the betterment of my community

Family:
While I am single, I am a family-oriented man. My parents and siblings all live in the Hampton Roads Region and we spend a lot of time together.

How do you make a living?
I am the Government Affairs Liaison for Hampton Roads Transit.

Why are you involved in the NAACP?
The pursuit of true equality, which includes housing, education and economic prosperity.

How did you first get involved in the NAACP?
The president of the (Norfolk State) University NAACP at the time was very active. I remember seeing how she worked for the Obama campaign and the GOTV. She took some time to explain what the NAACP was still fighting for today.

Your biggest challenge as NAACP president?
To spark the interest of younger activists, while continuing to maintain the wisdom needed with members who have lived through many of the civil rights struggles we are witnessing today.

What can the NAACP do to make a difference in the lives of youth?
I am excited about the future we have with the Norfolk Branch NAACP Youth Council which has a new youth advisor who is an employee of Norfolk Public Schools. Her early signs of engagement have shown signs on breeding the next leaders of the NAACP. We (all organizations) need to empower the youth to make decisions about the world they want to see.

What is your passion?
Though I haven’t started my own yet, family. I want to leave the world in a better place for my children than my parents could for me.

Person who influenced you the most?
My father, Joe W. Dillard Sr. The core values he instilled in me at a young age are showcasing themselves in my daily living. To see my father working so hard has always stuck with me in my personal growth.

What interesting thing do people not know about you?
I was a pretty good football player at Granby High School. I had some scholarship offers but never pursued college football. I prefer to play golf while smoking a cigar now.

How do you start your day?
Prayer. Then I read both local and national news.

The one thing you dislike?
Ineffectiveness caused by laziness

What have you learned about leadership?
Dedication always yields positive results.

Any New Year resolutions?
Just to be a better man than I was last year.