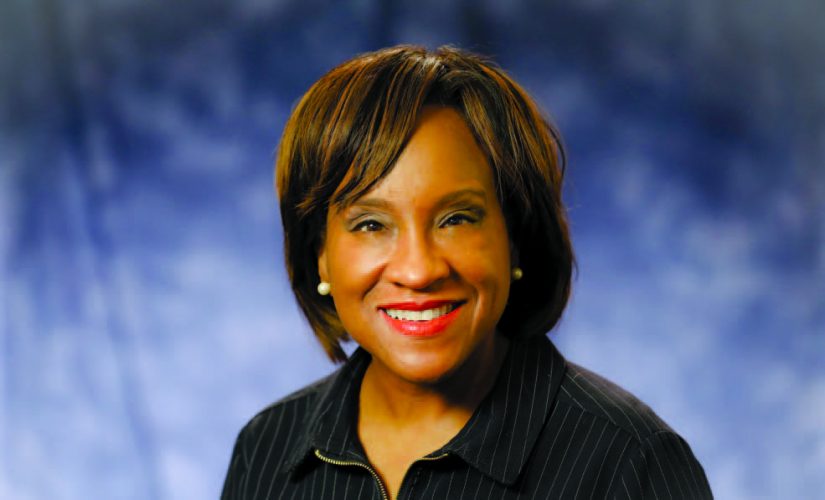 The Face and Voice Behind Dominion Energy’s Communications

Bonita Billingsley Harris is a familiar public face in Hampton Roads. She has been a local TV reporter, a Communications Manager for the Norfolk Sheriff’s Office, and currently, she is the Dominion Energy face you may have seen on television reporting on the progress of power outage restorations during storms and hurricanes.

Bonita, during her eight years with the company, has provided communications on a wide range of topics from storm restoration and transmission line projects to DE’s community investments and initiatives.

Dominion Energy, Inc., (DE) headquartered in Richmond, Virginia supplies electricity or natural gas to nearly 6 million customers in 19 states. It is one of only three companies that have reduced carbon intensity by more than 40 percent since 2000. The company’s record of reliable, safe and clean energy places it among America’s most admired companies. The Dominion Energy Foundation contributes more than $20 million a year to the community. Dominion’s roots date back to 1787.

Previously, Bonita worked as the Communications Manager for the Norfolk Sheriff’s Office, where she produced motivational videos to help inmates improve their lives and supported the Sheriff’s community outreach programs. Bonita started her career as a TV news reporter, earning numerous local, regional and national awards. She worked at WVEC-TV in Norfolk, Maryland Public Television, WJZ-TV in Baltimore, WFAA-TV in Dallas, KOMU-TV in Columbia, Missouri and WXIA-TV in Atlanta.

Bonita is the daughter of Dr. Andrew and Amy Billingsley, who reside in Washington, DC. Her father, now 92, served as president of Morgan State University in Baltimore from 1975-1984. He has written a number of noted books on Black families and culture in America.

1. What I love about working at Dominion Energy.

I serve as Dominion Energy’s spokesperson in our Eastern region which includes Hampton Roads and part of North Carolina. In this capacity, I share company and employee successes; keep the media informed about Dominion projects and restoration progress; answer questions and represent Dominion at community and political events. It’s not a hard job to do because I am extremely proud of Dominion Energy.

The company and its employees embrace diversity and inclusion as an integral part of our culture, not only because it’s the right thing to do, but also because it makes us better at meeting the needs of the diverse communities we serve. I’m also very proud of our company’s record of customer service, philanthropy, environmental stewardship and support for our troops.

2. What I’ve enjoyed about having a career in communications: I’m grateful that I had a fulfilling career in TV news before moving on to public information and now corporate communications. I’ve always enjoyed reading, telling stories, meeting people and sharing information to educate and enlighten. My most fulfilling projects at the Norfolk Sheriff’s Office were producing an inmate motivational video series and helping to organize annual youth football camps.

Some highlights of my career as a TV reporter include winning national awards for interviewing Carl Brashear, the first African-American Navy Diver; a series about the importance of fathers, and Poverty on the Eastern Shore. The funniest news story I covered was getting sent to the “White Tail Park” nudist resort in Southampton County to cover legislation affecting juveniles at clothing optional communities. My photographer and I were the only ones wearing clothes!

3. Why I campaigned and served on the Chesapeake School Board: Education has always been a top priority in my family. It’s what led my father from sharecropper to author and college president. It’s what helped my great great grandfather Jesse Duke go from a slave to a free man and Publisher of his own newspaper. When I was growing up, my mother was always president of the PTA. So when approached about running for the Chesapeake School Board, I felt it would be my chance to represent my community and support the school system that is helping raise our children.

4. What I like to do in my “spare’ time: I love “pot luck” parties with family and friends to catch up and play games, especially Spades, Scrabble, RummiKub and Charades. I also enjoy fellowshipping with my extended family at Mt Lebanon Missionary Baptist Church, Jack and Jill of America and Delta Sigma Theta Sorority, Inc.

5. How I start the day: I value my quiet time with Bible scriptures before everyone wakes up. Then I walk around the nearby school track a couple times before coming home to go over my family’s plans for the day.

6. What I am most grateful for: My husband, three beautiful daughters, a precious granddaughter, parents, in-laws, “Mother Dear” and one very spoiled Cockapoo. They love and support me through everything.

8. Most embarrassing moment: My husband and I were in a local “Dancing with the Stars” event to raise money for charity. We were doing a salsa routine to “Boogie Shoes,” when my new dance shoes slipped out from under me, and I landed squarely on my bottom. I jumped up, finished the dance and we still came in first runner up!

9. Kindergarten taught me: that a promise is sacred and must never be broken, an early lesson on the importance of character and credibility.

10. The person who has influenced me the most: My mother, Amy Billingsley. She emphasized the importance of family, tracing our genealogy back to slavery, before there was Ancestry.com or online records. I remember traveling to different states with her and looking up news clippings on microfiche. She also taught me the importance of going the extra yard. She was “that mother” who would take you on a field trip and then make you write a book report about it. She is still the wind beneath my wings.

11. Book that influenced me the most: “Black Families in White America,” by my father, Sociologist Andrew Billingsley. It laid the groundwork for his career, my life and my passion for understanding the sociological forces that shape us all.

12. What I’m reading now: Crucial Conversations: Tools for Talking When Stakes Are High 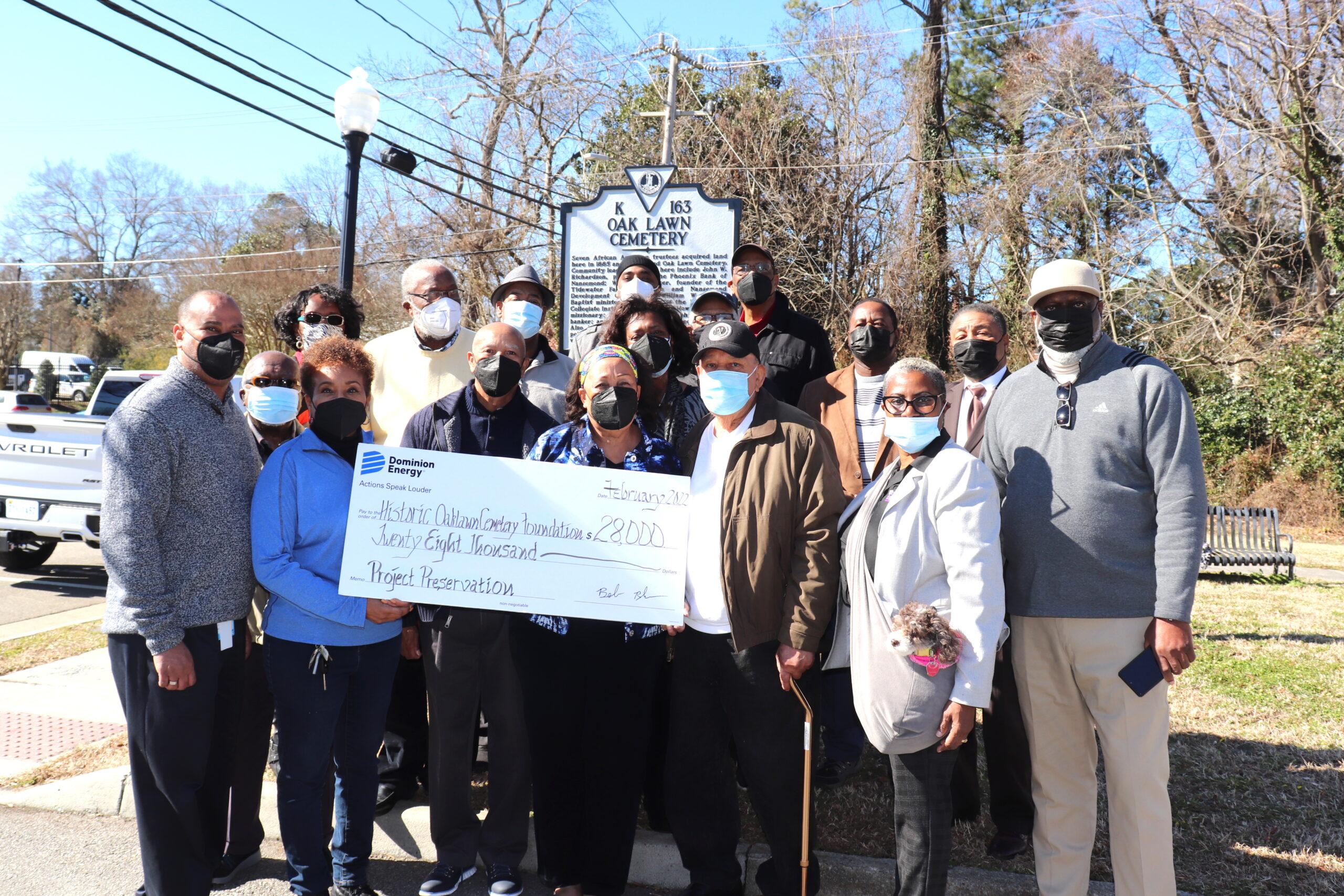 Dominion Donates $28,000 to Suffolk Black Cemetery Special To The New Journal and Guide

SUFFOLK For many years, the Historic Oak Lawn Cemetery in downtown Suffolk was one of the only burial places for African Americans, dating back...