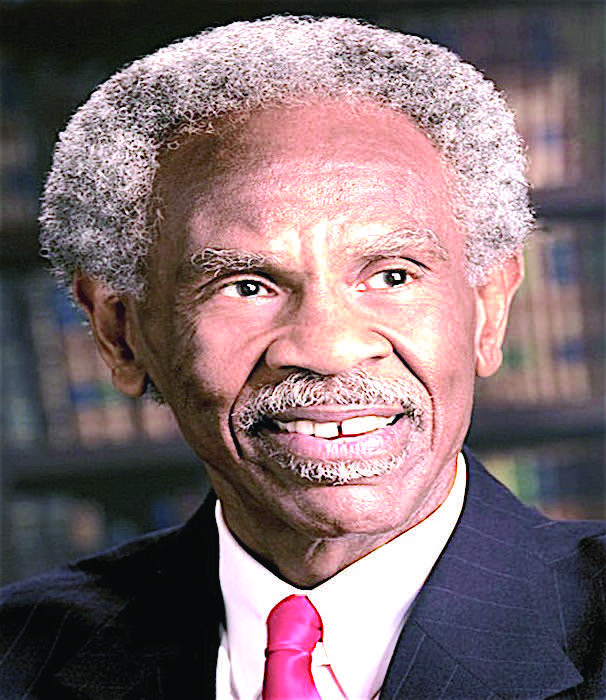 In 2002, several days after Charlie W. Hill buried his wife Annase, who had succumbed to non-small cell lung cancer, he was diagnosed with prostate cancer. It commenced a battle that today, 15 years later, he still fights; yet not alone as a foot soldier, on a battlefield pocked with land mines best defined as the health disparities and inequities that assail African-American men; but as a general, deploying effective, far-reaching strategies.

The Centers for Disease Control and Prevention reports that Black men have the highest rates of prostate cancer diagnosis and death than any other race or ethnic group. The Prostate Health Education Network notes that African-American men are more than twice as likely as white men to be diagnosed and die from prostate cancer and that, of the 50 states, Virginia ranks 9th amongst the incidence and death rates. It should be noted that Hampton Roads experiences amongst the highest rates in the state.

If that still doesn’t ring quite real to you, I was myself diagnosed in 2010. Outside of my family, the first person I shared this information with was the late Fredda Bryan, a saintly warrior on the cancer battlefield. But the second was Charlie Hill, who drafted me into his army.

Hill cuts a striking, powerful image as a prostate cancer general. Standing at 6-foot, 7 inches, he is a passionate giant of a warrior, armed with an arsenal of weapons to engage, enlighten and equip African-American men to the disparity that rails against them. Chief amongst them is the Hampton Roads Prostate Health Forum, a remarkable resource he co-founded in 2006, with medical oncologist Mark Fleming, M.D., urologist Richard Rento, M.D., and current wife Golden Bethune-Hill, a Registered Nurse and past CEO of Riverside Regional Medical Center.

In addition to the Forum’s staging of free health education workshops, presentations and prostate cancer screening events, its website (https://www.hrprostatehealth.com/) is chockful of information that anyone, the newly diagnosed, a prostate cancer veteran or someone simply seeking to learn more, will find well worth their time. Of particular note, are the Educational Modules that cover everything from an introduction to prostate cancer to treatment options, as well as a helpful glossary.

But of all the tools that “General” Hill uses in both his personal battle and the national war against the African-American prostate cancer disparity, he’s found that his relationship with the Lord to be his most potent and valuable armament.

“When my wife was diagnosed,” he said, “I had a real problem with my relationship with ‘The Big Guy.’ I struggled with that. We did battle.” He then paused for a moment, reflecting on how that discourse with the divine had changed him. “That is when I really learned that God was sovereign. That was the beginning of a whole new phase of life for me.

“In all of my years in church,” he added, “I had heard about faith and works.”

He then recalled an experience from his days as an undergraduate student at Virginia State University, then Virginia State College. “I had a classmate and friend who was deeply religious. I was living a worldly life, but he didn’t want to get into any of that, because his faith was so strong. But he didn’t study and I saw him flunk out. That was a reminder to me that you can have all the faith you want, but you got to do the work. My point is that faith and work go together and I learned that God was sovereign.”

To even the casual observer, faith and good works define his war against the prostate cancer disparity assailing Black men. “So, in what I do now,” Hill added, “awareness and education and early detection, that’s the ‘works’ part, but I deeply believe that my continued quality of life … well, God controls that. God is in fact sovereign. I’m not a terribly religious person … but my gateway to God is through Jesus Christ.”

He remembered the influence of his father, who had returned to school at age 55 to get his G.E.D. Yet, one of the things that most impressed young Hill was his father’s knowledge of the Bible. “My daddy was what I would call a Bible scholar. He didn’t read much of anything, but he read the New Journal and Guide, the Afro-American and the Daily Press…” Then Hill paused, for exuberant emphasis, adding, “AND the Bible!”

Faith especially encompassed the pathway to Hill’s diagnosis. “I was diagnosed because I had this special angel. Her name is Robin Corbett.”

Dr. Corbett is a gastroenterologist who was providing care to both Hill and his wife Annase. Once, when he escorted his wife for care, the doctor took note of Hill. She said, “You don’t look so good.” He responded, “I’m OK. I’m just tired.” Corbett was unconvinced.

It is important to note here that Hill had already seen his primary care physician who had referred him to an urologist for a biopsy. But because of his history, a previous prostate specific antigen test having yielded excellent results, less than 1.00, they ultimately concluded a biopsy was not necessary. Dr. Corbett intervened. “Would you do a biopsy on him, as a professional courtesy, because I think he has cancer.”

“She had done biopsies of my throat and everything,” he said. All the results had come back negative. Corbett said, “I still don’t see anything that’s troubling. It’s not your stomach. It’s not your colon. It’s not in your G.I. tract.” Hill noted that, “She called the urologist, because of her instincts” alone.

In Hill’s health journey, it is doubtful that no more of a fateful, faithful call had ever been made. It was an extraordinary illustration of how the intersection of faith and good works had bared fruit.

As our brief chat drew to a close, the towering, resilient warrior rose from his chair to play a song that remains prominent in his listening diet. He stood there, eyes closed, his rocking back and forth barely perceptible, revealing the way his spirit was gently swaying within. He was at peace. The songstress that moved him so was a late, former classmate. The title spoke volumes. “Sovereign.”