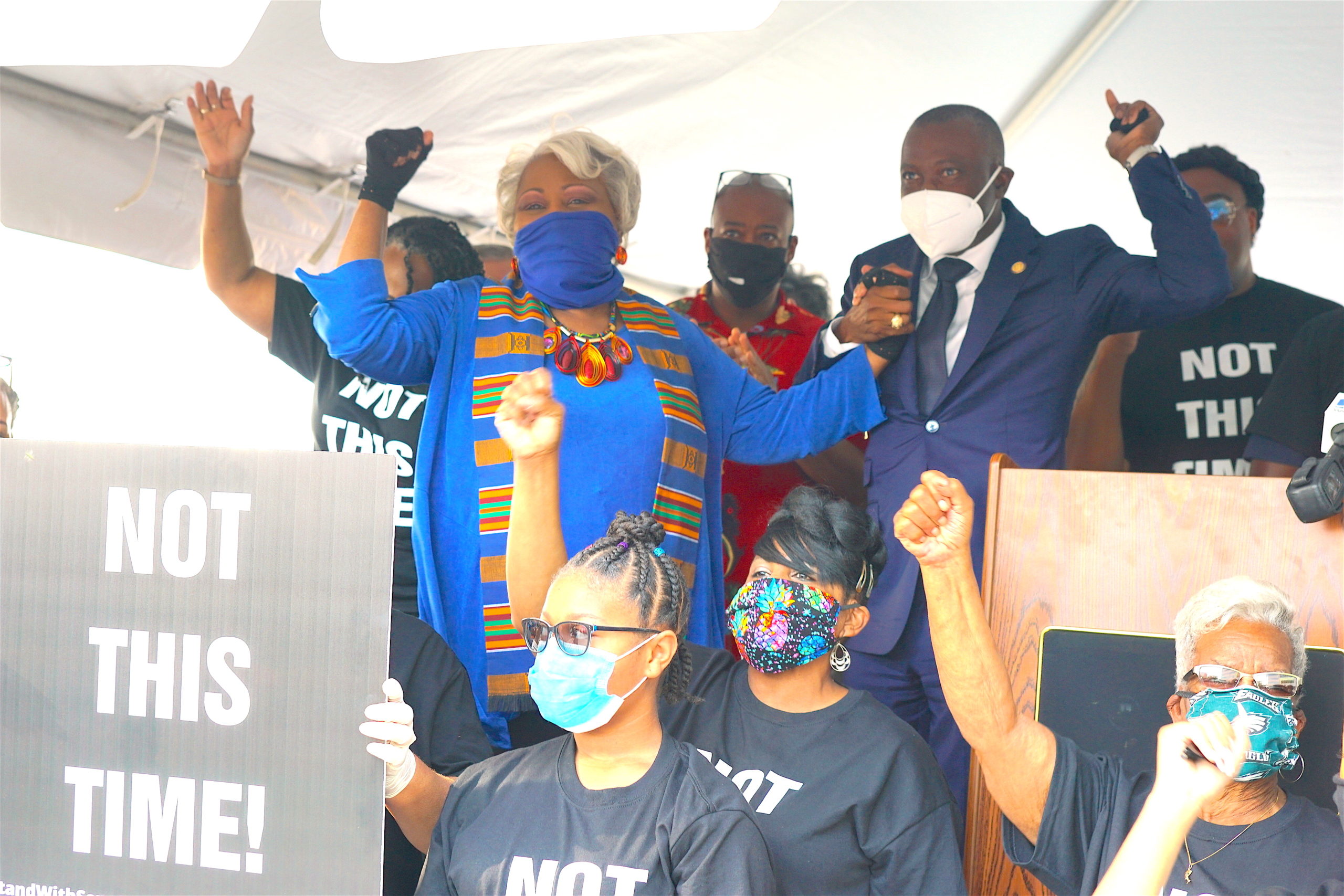 The supporters of State Senator L. Louise Lucas gathered at Portsmouth City Hall on Friday (June 19) and held a rally against a recall effort to remove her from office and to counter claims by a political opponent that she started a riot at the Confederate monument last week that resulted in a protester being seriously injured after a statue toppled on him.

Del. Don Scott said that a city council member ordered the police to not arrest protestors who vandalized the Confederate monument, not Sen. Lucas. He said that Lucas was only at the demonstration for 30 minutes and that citizens have a first amendment right to protest on city property. He said that her opponents are trying to change the narrative and cause voters to take their eyes off the prize-police reform and bringing down the Confederate monument in Portsmouth.

Delegate Scott noted that Lucas’ political opponent is trying to get the recall petition validated in a Chesapeake court and not Portsmouth. Del. Scott also said that after Portsmouth NAACP leaders James Boyd and Louie Gibbs were arrested by the police and charged with trespassing at the Confederate monument, law enforcement officials then went downtown and placed “no trespassing” signs at the monument plaza.

Scott described Sen. Lucas’ political opponents as haters who are jealous of “the most powerful African American woman in the history of the state of Virginia.”

In closing, Delegate Scott told the audience that Lucas’ political opponents were “not going to put their knee on Senator Lucas’ neck.”