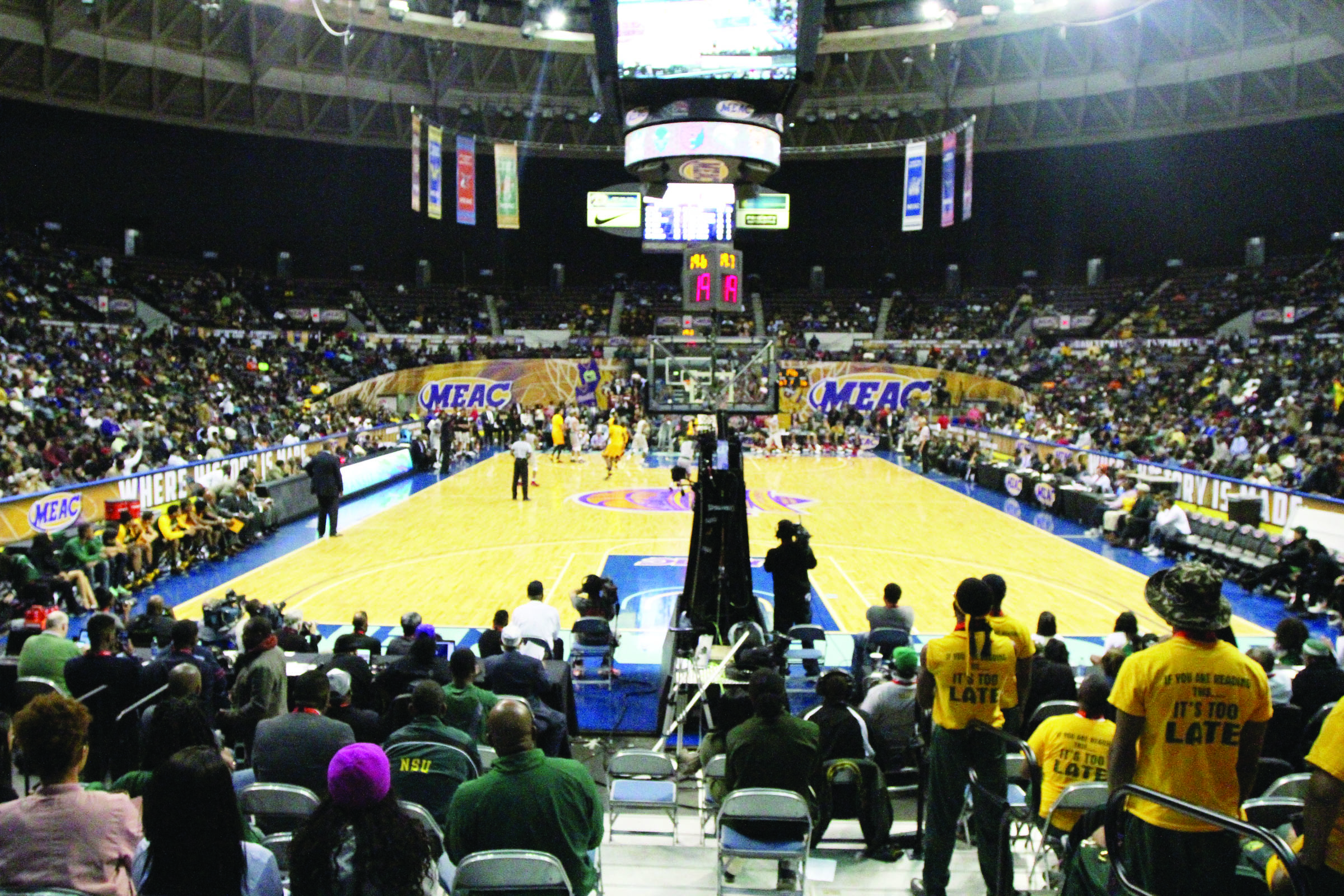 NORFOLK
Norfolk State (17-16) could not overcome a second-half collapse that saw them give up a 3-point lead at 14:33 minute mark as North Carolina Central (25-8) ignited a 19-0 run that kept NSU scoreless for 11 minutes in the MEAC championship game at the Scope. NCCU guard Patrick Cole, the MEAC Player of the Year and the MVP of the tournament, led the Eagles with 18 points. NCCU coach LeVelle Moton was named the tournament’s Most Outstanding Coach.

NSU was led by guard Zaynah Robinson, who scored 18 points. The Eagles will get an automatic bid in the NCAA tournament. NSU will be invited to a lesser post-season tournament. The Eagles have won 3 regular-season MEAC titles over the past 4 years. Coach Moton dedicated the championship victory to late NCCU chancellor Debra Saunders-White, who died of cancer in November.