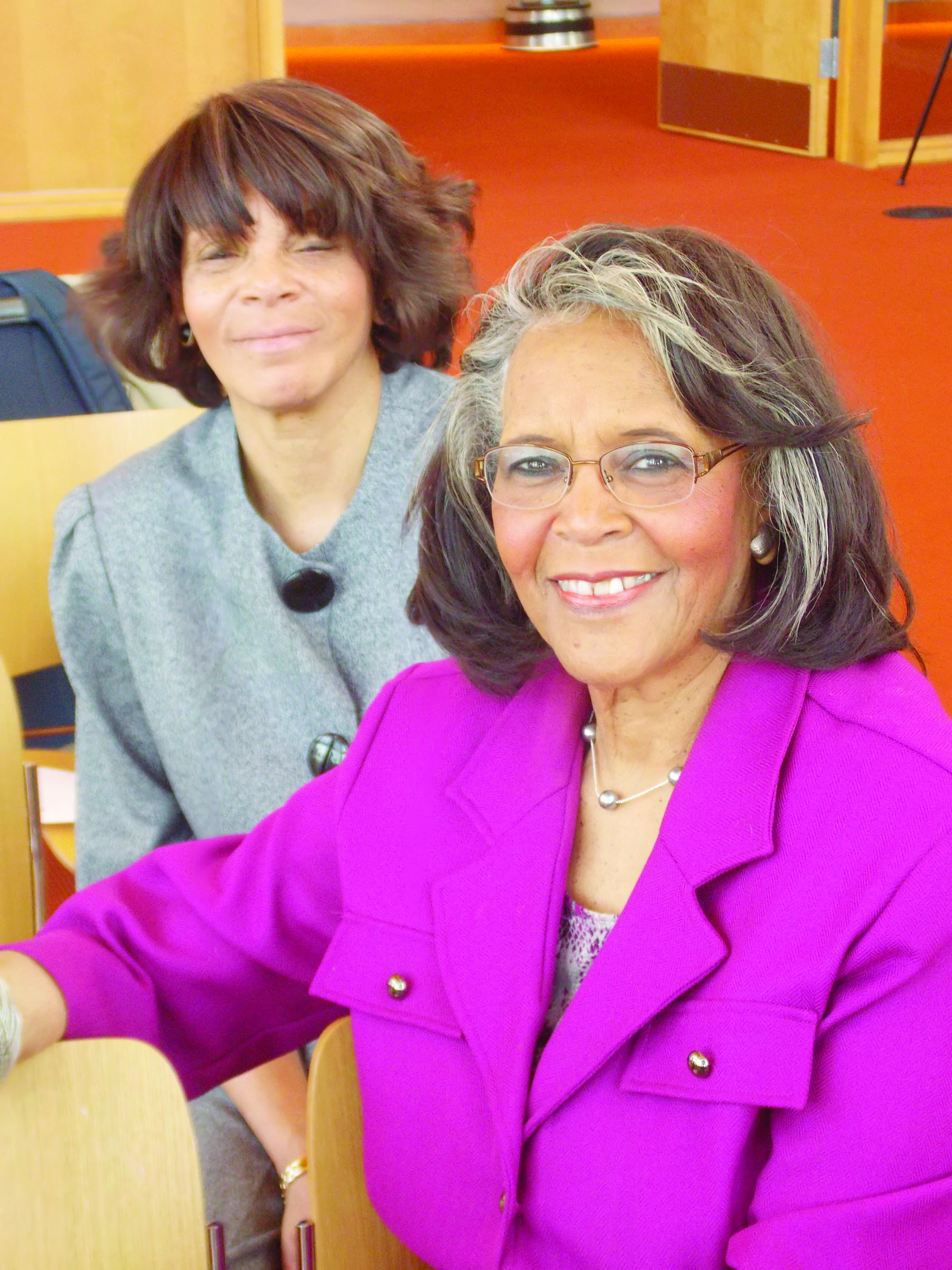 Last Sunday afternoon, Tracy Clark of the Norfolk Public Library’s Sergeant Memorial Room (SMR) presented “Don’t Duck History,” a program on the importance of oral history, at the Slover Library in Norfolk. Troy Valos, an archivist at the SMR, lent a helping hand.

Clark has deep historic ties to Norfolk. She is the granddaughter of Agnes Jordan, the mother of the late Circuit Court Judge Joseph A. Jordan Jr. He was a 1939 graduate of Booker T. Washington High School and Norfolk’s first Black City Councilman since Reconstruction. Clark’s cousin Rodney Jordan is currently the Chairman of the Norfolk School Board.

The program featured short power point presentation by Clark and an hour and twelve minute video on local history. The video centered on former Councilwoman and School Board Member Alveta Valentine Green’s scrapbooks and Clark’s interview with Green.

The scrapbooks had already played a vital role in Calvin Thomas Jr.’s movie “The Trouble with TQ” (a biographical film on the life of Thomas J. Quinlan, the late pastor of Norfolk’s St. Mary) and the book “The History of Norfolk Public Schools” (2000).

“I never dreamed my scrapbooks would have such an impact on Norfolk history,” said Green. “I started doing a personal scrapbook at the age of 12 through college and still have a few remnants of that one.”

Alveta Green was Virginia State University’s 1997 Alumnus of the Year. She has more civic awards and tributes than you can shake a stick at.

Her youngest daughter Darlene Green explained her mother’s success in the community simply by saying, “She goes to church every Sunday.”

Clark decided to start the project after reading an interview Duck Dynasty’s Phil Roberston in “GQ” which presented a somewhat biased view of the feelings of African-Americans.

Clark wisely chose to begin her research with her neighbor Alveta Green.

“She shared things about my family that I didn’t even know,” said Clark.

Although the official name of the street remains Philpotts Road, signs with the honorary designation dot corners along the street.

The presentation fascinated an audience of about fifty and encouraged them to tell their own stories of local history.

For more information or to participate in the project, contact Tracy Clark at (757) 431-1429 or localhistory@norfolk.gov.