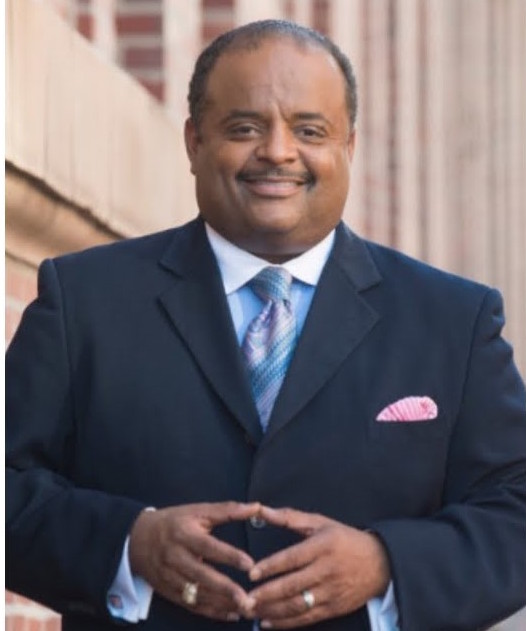 Digital media and television journalist Roland S. Martin has much to celebrate: He just turned 52 and his popular digital newscast recently celebrated its second anniversary. And there’s more. Martin’s daily podcast, #RolandMartinUnfiltered, recently reached 675,000 YouTube subscribers – a significant milestone for both the veteran journalist and for the varied online platforms on which the show is streamed.

Martin’s podcast is streamed live five days a week on Facebook and YouTube with multiple rebroadcasts. It also can be viewed on the iHeartPodcast Network and other digital networks. Over the last 30 days, the #RolandMartinUnfiltered podcast has been viewed 9.2 million times, a 10 percent increase over the prior 30-day period, according to SocialBlade.com, an industry outlet which tabulates viewership of programs on YouTube, Twitter, Facebook and Twitch.

SocialBlade.com projects that Martin’s podcast will reach 110 million views by the end of the year, according to data the outlet published Friday on its Web site. Meanwhile, as of Nov. 6, subscription sales to #RolandMartinUnfiltered were up a whopping 44 percent for the last 30 days, SocialBlade.com published. Some industry watchers said rising interest in Martin’s podcast is no surprise: Viewers increasingly are choosing to get their information from digital sources – not from television.

“More and more people are depending on YouTube for their news,” said Hanaa’ Tameez, a staff writer at Nieman Journalism Lab, a Harvard University-based research laboratory which studies new ways to deliver news and information to viewers, readers and listeners. “For the most part, a lot of people are equally dependent on cable news as they are on YouTube,” said Tameez, 25.

Black viewers, she said, increasingly are less interested in network television broadcasts because producers fail to consistently include diverse guests or offer content of interest to minority viewers. As a result, African American consumers have shifted to watching online digital content, said Tameez, who worked at the Star-Telegram in Fort Worth as a diversity writer covering social equity issues in 2018 and 2019.

“For communities of color and marginalized people, there is distrust with legacy media or traditional news outlets,” she said. “They have poorly covered or ignored communities all together or have gotten stories wrong or only go into their communities for crime or violence.” Tameez said increases in paid viewer subscriptions to shows such as #RolandMartinUnfiltered also can be attributed to relatability: Black viewers relate to reporters who don’t perpetuate racial stereotypes.

Recent research supports her point of view. According to a recent study, the State of Consumer Engagement, 74 percent of Black viewers watch ethnic media occasionally and 44 percent watch frequently. The findings, released Aug. 12, were conducted by New York based Horowitz Research.

Adriana Waterston, Horowitz’s senior vice president of Insights and Strategies, said in a news release announcing the results of the study that the country’s social environment contributes to the increasing popularity of multicultural podcasts like #RolandMartinUnfiltered.

“With the sociopolitical climate so charged – from Black Lives Matter to COVID-19’s disproportionate impact on diverse communities…targeted multicultural media provides coverage and perspective that more directly reflects the needs of the communities they serve,” she said. “On the entertainment side, while representation and relevancy are always improving in mainstream media, there’s still a long way to go. Targeted media offers an authentic voice.”

While traditional television networks may have left a void for Black viewers, Martin was the ideal journalist to fill it: an author and popular lecturer, Martin has built a career delivering historical and social perspectives that reflect the myriad and nuanced opinions of African American audiences.

On the show Martin assembles a panel of experts, Black experts, on any and every topic. Scholars, economists, scientists, college presidents, elected officials, activists; you name it and they show up to answer the tough questions and provide perspectives missing from the so-called “mainstream.”

“Everyone knows Roland Martin,” said Faith Jessie, 28, a reporter at New York’s Newsday. “He was one of the few Black faces to be able to reach a national audience. He’s one of Black journalism’s legends.” Jessie said she and her Generation Z peers consume much of their content from digital sources, such as #RolandMartinUnfiltered. None of them watch television or cable, she said. “I haven’t had a cable bill since high school,” Jessie said, laughing. “The internet gives us access to millions of eyeballs.”

Martin is happy to appeal to Jessie’s generation – and her African American demographic. His podcast is decidedly aimed at Black viewers. “We are 23 years away from America being the nation of a majority of people of color and the world can’t be shown through a White prism,” Martin said in his interview with Texas Metro News. “It can’t be done that way.”

Martin began the Unfiltered podcast in 2018. Prior to doing so, he was host for four years of TV One’s News One Now, a cable television news program that featured political stories of interest to African Americans. The show folded on Dec. 21, 2017.

When that door closed, Martin opened another in 2018: #RolandMartinUnfiltered. As creator of his own show, Martin is the sole on-air anchor and the undisputed star. He is an outsized personality: Martin delivers immediate coverage on each day’s socially sensitive topics, from politics to race, from gender to religion.

His sources and guests hail from the White House to state houses and from Washington, D.C. to Hollywood.

Martin doesn’t bite his tongue: His commentary often is loud, cutting and delivered with street style, brutal honesty. The show’s programming engages African American viewers, who type in their own observations on guests’ commentary – as if they themselves are part of a given broadcast.

According to SocialBlade.com, an average of nearly 314,000 viewers tuned in daily over the last 30 days via their cell phones, laptops, tablets or other devices to watch the Unfiltered live streams.

“I just love the show,” said Robert James, 57, of Farmerville, La. “Some of the racial issues that he brings up during the show resonate with me. James, a husband and father of two adult daughters, who works as an automobile salesman, said he tunes in to #RolandMartinUnfiltered about three times per week. The show is “not like everybody else’s” and “it speaks to our Blackness.”

Martin’s show appeal’s broadly to African Americans who live in rural towns as well as those who live in the nation’s urban centers. Martin, himself, is a favorite of many Black news sources, political figures and entertainers.

National Urban League President Marc Morial has described Martin as “one the most important voices in Black America today.” “His insight and no-nonsense approach to bringing news and opinion to, for, and about Black America is a welcome alternative to the sameness of many other journalists,” Morial told Black Enterprise in an article on Martin last year. “His voice is respected, vital, and essential,” Morial said. Martin grew up in Houston, the great-grandson of Haitians who moved to Louisiana. His mother’s family later moved West to Texas.

A 1987 graduate of Jack Yates High School-Magnet School of Communications, Martin attended Texas A&M University, where he pledged Alpha Phi Alpha Fraternity, Inc. and graduated with a bachelor’s degree in journalism. He also earned a master’s degree in Christian communication at Louisiana Baptist University and Seminary.

Martin worked stints as a reporter at the Fort Worth Star-Telegram and the Austin American-Statesman. He moved into newsroom management at Black-owned publications, including as editor at the Dallas Weekly and Houston Defender; publisher of Dallas-Fort Worth Heritage, a Christian-focused monthly newspaper, and editor of the historic, long-running Chicago Defender, once considered the most important voice in the country reporting news about and to African Americans.

Along the way, the avid golfer has been recognized four times with an NAACP Image Award. Fellow communicators celebrate Martin for his awareness of and sensitivity to issues affecting Black Americans. They also applaud him for leading new pathways along the uncharted digital frontier.

In recent months, Martin has been encouraging emerging journalists to join him on the digital front lines. Jessie, the Newsday reporter, is among those heeding the call. Jessie launched Newsday’s digital news show just prior to last week’s Presidential election, streaming on Roku, Apple TV and Newsday.com. Martin inspired her, she said, to make the leap from print media content development to digital content development.

Named NABJ’s 2013 Journalist of the Year, Martin said he wants emerging journalists to keep chasing their dreams and to dismantle any fears of the digital landscape. The opportunities, he said, are endless. He’s one half of a power couple, married to Rev. Jacquie Hood Martin and they are raising their nieces.

What’s on the horizon for him? Martin wants to morph his show into a network and bring additional personalities into its fold.

“People are just looking for a shot,” he said. “They are looking for an opportunity and I think you have to create the space for them to have an opportunity. “That’s what’s it all about,” Martin said, “that I’m able to build something that’s sustainable, and then for it to grow and flourish.”