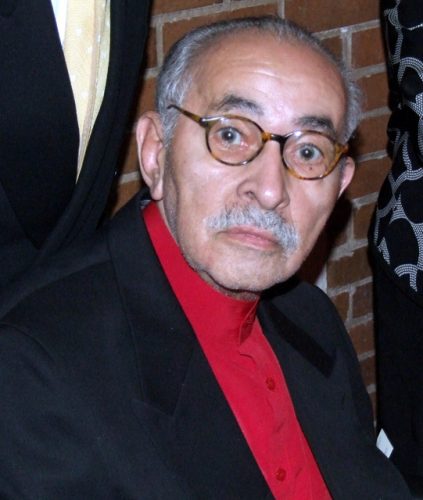 NJG/NEWS
Rev. Wyatt Tee Walker, civil rights leader and theologian and one of the last members of Dr. Martin Luther King, Jr.’s closest circle of advisors and strategists, died at age 88 on January 23.

Walker, born in Brockton, Mass., spent a good portion of his early career in Petersburg, Va., leading a church before becoming the right-hand man for King.

Just a month ago, Rev. E. Curtis Harris, another of King’s confidante, and a leader in the SCLC, passed. Harris lived in Hopewell, Va.

Walker served for several decades as the pastor of the Canaan Baptist Church of Christ in Harlem after leaving Virginia in 1967. Canaan’s congregation grew from 800 to 3,000. During this period he also served as Urban Affairs Specialist to New York Governor Nelson A. Rockefeller.

“I recall the event was so well attended, you had to have tickets and we secured two,” said Alexander, who was the director of adult education and taught Sunday School at Canaan. “I was not close to Dr. Walker. He visited my class one time and sat in the back and never said a word.

“I recall many of his sermons but the one which stood out in my mind was on tithing and its importance,” Alexander recalled. “He had a preaching and oratorical style which not based on the base of his voice as Dr. King. Many pastors could deliver a sermon you would forget before you left the sanctuary. Dr. Walker’s would stay on your mind all days.”

In New York, he co-founded the Religious Action Network of Africa Action to oppose apartheid in South Africa, and chaired the Central Harlem Local Development Corporation.

Dr. Walker returned to Virginia in 2004 after a series of strokes forced him to retire from Canaan Baptist. He and his wife settled in Chester.

A young Rev. Walker was serving as pastor of the historic Gillfield Baptist Church in Petersburg, when he was arrested for walking through the “whites only” entrance of the Petersburg Public Library – one of 17 times he was jailed.

This incident caught the attention of King, who hired him as his chief of staff and the executive director of the Southern Christian Leadership Conference in 1960 through 1964.

In April 1963, he would be jailed with King in Birmingham, Ala., where King wrote his legendary letter to white clergy. Walker was a key figure in organizing marches and protests, including the 1963 March on Washington for Jobs and Freedom, the occasion for King’s “I Have a Dream” speech.

Rev. Walker believed the march underscored the legitimacy of the movement.

“It got a lot of people off the fence about the civil rights revolution,” he said in 2013.

On the day of the march, Walker left the hotel early to make his way to the National Mall, where he wanted to check on the arriving protesters.

“When I got there at around 10:30 a.m., the buses just started coming in an unbroken stream,” he remembered. “There were thousands of people there. That’s when I knew it was going to be a big success.”

On Tuesday (Jan. 30), the Virginia State Unit of the Southern Christian Leadership Conference proclaimed Dr.. Walker as “a key strategist behind civil rights protests that turned the tide against racial injustice in the Jim Crow South of the 1960s.”