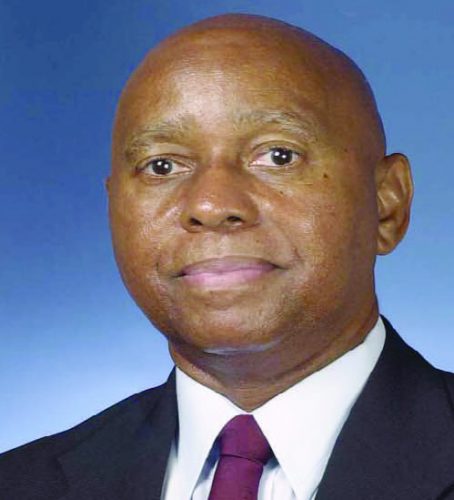 “Why are we having all these people from ‘shithole’ countries come here?” said President Donald Trump, according to some Congressional legislators who allegedly heard him.

This is the now famous statement reportedly made by Trump to describe immigrants from Haiti and African countries during an Oval Office meeting with lawmakers. They were gathered to discuss protections for immigrants from several countries.

Trump reportedly suggested, instead of these countries, the U.S. should bring in more immigrants from countries such as Norway.

More than a week later, the reaction to Trump’s alleged statement continues to be visceral from all political corners and has cast the President by some as a racist and worse.

Among those who took issue with the President’s declaration is retired U.S. Ambassador Bismarck Myrick of Chesapeake. He is currently the Ambassador-in-Residence and Lecturer of Political Science and History at Old Dominion University.

Myrick’s professional resume gives him the clout to challenge Trump’s assertion. He has traveled to and worked in over 40 African countries. The Portsmouth native and I.C. Norcom graduate served in the U.S. Army in an Infantry unit, before his diplomatic career began during the Carter administration.

As Dean of the Diplomatic Corps, Myrick served as Desk Officer for Somalia; chaired an interagency working group on strategic nuclear policy; and, as Deputy Director, managed U.S. security assistance policies for South America and the Caribbean.

He retired in 2002 during the George W. Bush Administration.

“During my career I have traveled, worked and studied in 40 African countries,” said Myrick. “And those remarks (by President Trump) are not representative of the true character of the people or the 54 countries on the African Continent or the Caribbean.”

He said that such comments are “Contrary to the values of America.”

Myrick described the President’s statement as “unfortunate” because, he said, despite the Trump administration’s withdrawing from the world’s stage due to its “America First” posture, “we need the partnerships to advance our interest internationally. This is not a way to cultivate relationships abroad.”

Myrick said the African Continent has a billion-plus people and contrary to Trump’s view “it is growing economically with a growing middle class, and many countries have some form of democratic governance and are holding their leaders accountable.”

Trump said that instead of allowing immigrants from Africa, and West Indian countries which he deemed “shitholes,” he preferred more residents of mostly white-populated Norway.

But Myrick countered that many migrants who enter the U.S. to work or attend school are “highly educated and bring skills to make contributions” and that to think otherwise is “regrettable.”

Myrick said immediately after Trump’s comments were exposed by the media, he heard from “contacts” on the African continent who said they “are disillusioned” and that the comments were “puzzling” to them.

Apart from his diplomatic career, Myrick said he spent two years in the U.S. Army in the Combat Infantry and won a silver star for his activities
He said the job of a diplomate is to cultivate relationships with the governments and non-governmental organization (NGOs) of a country, and with various economic, political and educational ones, as well.

Also, he said personnel at the embassies are tasked with “helping and “protecting American citizens who live or visit abroad in the various countries,” with problems they must confront.

Myrick said most Americans are unaware of the true economic and cultural realities which exist in Africa and are still focused on negative stereotypes, crafted by what they see in the media.

The continent is not only ramping up economically, he said, but African leaders are seeking to deter the exploitation and extraction of the continent’s abundant natural resources such as oil, Bauxite and minerals used in production of computer components.

Sonny (he does not want his last name used fearing retribution from fellow Nigerians), was born in Lagos, Nigeria, the nation’s capital city. He has been in the U.S. for 2.5 years and is married to an American citizen.

He says that Trump’s views were correct, but for a different reason than what the President may think.

“The government is bad because of the corrupt leaders. There is a lot of illiteracy and unemployment. The U.S. sends millions of dollars in aid, but the leaders steal and launder it. They do not care about the people.”

Sonny was a graduate student at London South Bank University in Great Britain.He was invited by a relative who was in the U.S. Military to visit the states. He met his soul mate and married.

Sonny said he is not a Trump supporter but there are some social and economic realities of his homeland that Americans would find less than desirable.

“I know people were offended by Trump’s statement. But many people who were offended have never been there, or if they are natives of Nigeria, they have not been there in a long time to see what is going on.”