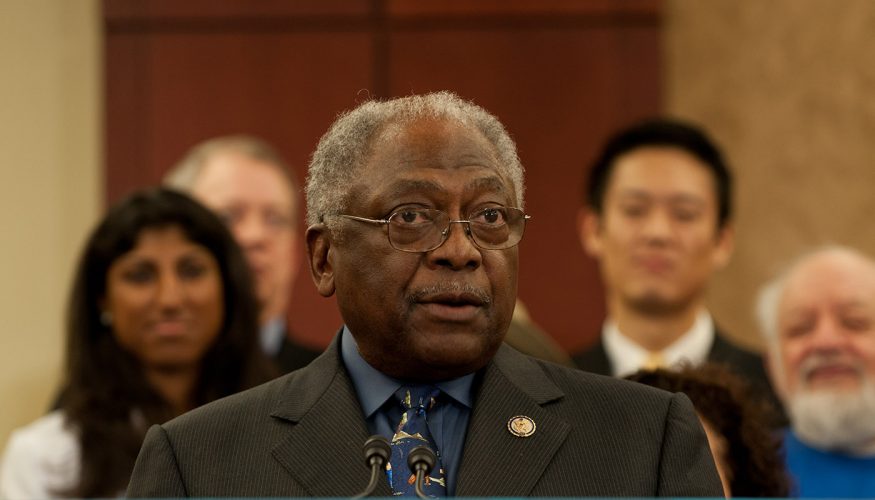 While there’s at least a perceived growing number of Democrats who say they want to replace California Rep. Nancy Pelosi as the Democratic leader in the House of Representatives, South Carolina Rep. Jim Clyburn has emerged as a favorite among his peers to become the first African American to hold that position.

In an exclusive interview with the NNPA Newswire, the 25-year congressman said that, while he’s ready for the challenge, Democrats currently have much bigger fish to fry.

“The first order of business is to win the [midterm] elections on November 6,” Clyburn said. “That’s what I’ve been concentrating on.”

Clyburn and Congressional Black Caucus Chair Cedric Richmond each told the NNPA Newswire that they’ve identified 37 districts across the country they believe can be won by Democrats this year, which would wrest control of the House from Republicans.

“We feel, with the right kind of effort, we can win,” Clyburn said.

The first key, Clyburn said, is to prioritize the Black vote; Democrats can’t afford to take the African American vote for granted.

The secondly, the Democrats shouldn’t rely on an anti-President Donald Trump wave to get out the vote. Finally, Clyburn said that candidates must advertise in the Black Press, if they want to win in November.

“We are also talking about districts where Barack Obama won twice and where Hillary Clinton also won, but these voters don’t turn out for the so-called ‘off-year elections,’” Clyburn said. “We can’t let these voters feel like we’re taking them for granted.”

Clyburn, 78, said he was recently taken aback by one candidate, who said that he could win the Black vote by running on an anti-Trump platform.

“Wait one second,” Clyburn said that he told the individual. “We can’t just go around being ‘Republican-light.’ We have to be out there putting forth an alternative message, for our base, and we have to reach out to Black voters and let them know we’re not taking them or any of our base for granted.”

To that end, Clyburn said advertising campaigns must largely include the Black Press.

“It’s very, very important…Chairman Richmond and I have had candidates in and we’ve been telling them that one of the best ways to demonstrate that you’re not taking the Black vote for granted is to advertise in the Black Press,” Clyburn said.

The National Newspaper Publishers Association (NNPA) is the oldest and largest trade group representing the Black Press, comprised of more than 200 Black-owned newspapers operating in the the United States.

“I’ve been in [the Black Press]. My daughter and I ran a newspaper down South, so I know that candidates tend to take Black media for granted,” Clyburn said. “They tend to judge Black media the same way they do other media and you just can’t do that, because the business model is totally different.”

Each Sunday after attending Morris Brown A.M.E. Church in Charleston, S.C., Clyburn said he and other churchgoers habitually pick up the local Black-owned newspaper.

“People tend to pay attention to the headlines, the stories and the ads in the Black Press so it’s vitally important that candidates know this,” Clyburn said.

Johnson, who was impeached by House, had a vision of America as a White man’s government, according to historians.

“If you remember, it’s the same kind of reaction Johnson had to Lincoln and I remember sitting alone once in the Oval Office with Obama and I told him that this would be the kind of reaction he could expect,” Clyburn said.

“[Obama] was never going to get the kind of respect for his presidency that was shown to presidents before him,” Clyburn said. “The narrative that exists in this country is that there are certain things that Black folks are not supposed to do and one of those things is becoming the president of the United States and [President Trump] and his administration, feel they have to do whatever they can to wipe out any semblance that Barack Obama was ever president of the United States.”

Clyburn continued: “[Trump] has a deep-seated hatred for people of color and it manifests itself every day.”

Though he doesn’t support or agree politically with former Trump aide Omarosa Manigault Newman, Clyburn said he was deeply troubled when Trump referred to her as a “low life” and a “dog.”

Clyburn continued: “The president asked an important question when he was running, ‘What do we have to lose?’ Well, we have lost dignity and the respect of the presidency, because of his coarseness in the office. When you lose respect, you’ve lost about everything there is to lose.”

While he still supports Pelosi, Clyburn said that if the Democrats take back the House, he’s up for the job as speaker.

“I have always supported her, but I have always remembered a sermon I heard my father give a number of times,” Clyburn said. “That sermon stayed with me and he said, ‘keep your lamps trimmed and burning to be ready when the bridegroom comes.’ My point is, I’ve never forgotten that sermon so I keep my lamp burning so I’m ready .”

Stacy Brown is an NNPA Newswire Contributor and co-author of “Michael Jackson: The Man Behind the Mask: An Insider’s Story of the King of Pop.” Follow Stacy on Twitter @stacybrownmedia.

This article was originally published on BlackPressUSA.com.

Follow us
In this article:Exclusive Interview, Jim Clyburn, Representive, Trump 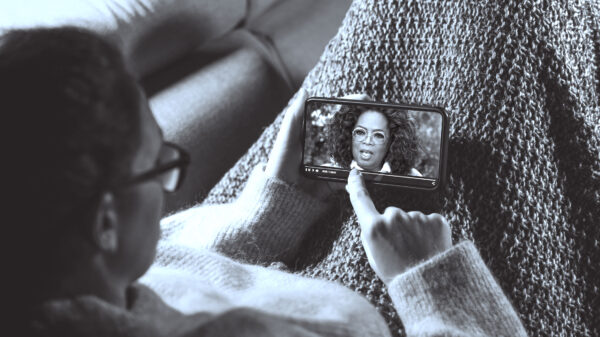 The Royal Interview: Oprah Was The Star

By Nsenga K. Burton, Ph.D. NNPA Newswire Culture and Entertainment Editor According to the Wall Street Journal, 17.1 million people got an opportunity to...