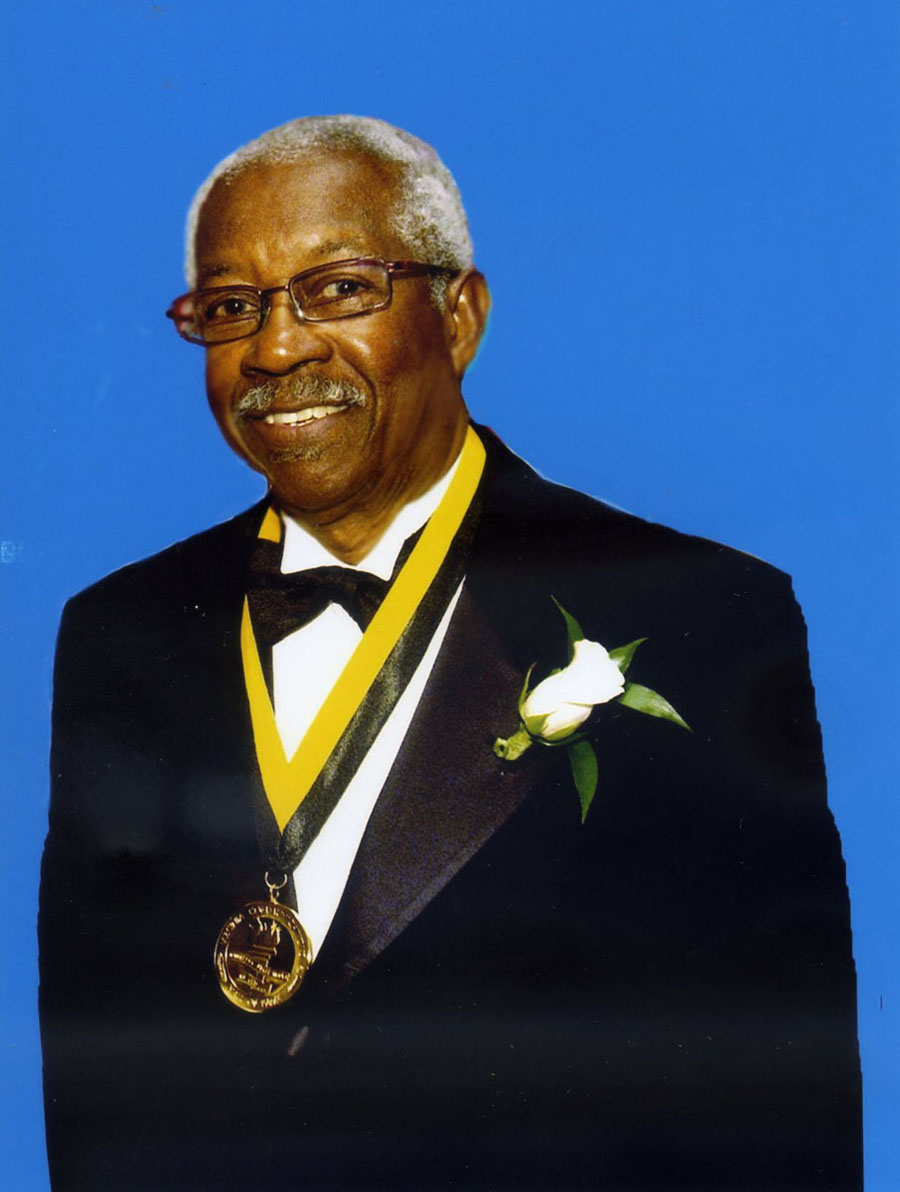 By Dr. Grady James
Special To The New Journal and Guide

Millions of fans around the world have shared stories that reflect their admiration and fascination with the great one, Muhammad Ali.
They have theirs. And I have mine.

One day, Norfolk State’s campus was buzzing with excitement and anticipation because rumors had it that Muhammad Ali was coming to the campus. This, during Ali’s forced exile from boxing. You know that story. When I heard the rumor, I immediately thought of calling my good friend (the late) Ed Hughes, the all “Mr. Everything” at WTAR-TV3 (now WTKR) in Norfolk.
Hughes was prime news anchor, documentary producer, and host of a Sunday afternoon sports show. I knew he would be excited about the possibility of interviewing Ali for his show. I called him and told him as much as I could confirm about the time and place where Ali would appear.

Ali would be on campus approximately 12:30 in Room-110 in Brown Hall. During that time, “Room 110” in Brown Hall was Norfolk State’s official “press conference room.” Eventually Ali and Ed Hughes arrived. There were a couple of heated exchanges between Hughes and Ali during the interview when Hughes mistakenly referred to Ali as Cassius Clay. Hughes got his interview and the press conference finally ended. Ali and his entourage headed to Gills Gym where he would speak to students and others who had gathered there.

Enroute to the gym, Ali asked to meet the baddest man on campus. That honor went to Spartan football player Moses “Rugged” Rose. Ali sparred playfully with Rose a couple of minutes, ending with his famous Ali Shuffle. He continued to Gills Gym where he spoke to a spellbound standing room only crowd for almost two hours. Ms. Hayes worried that after such a long speech in that hot gym Ali may change his mind about a television interview with me. She expressed her concern to one of Ali’s representatives. He assured her that if the champ promised, he was going to keep his promise. I don’t remember if I was relieved or disappointed that he was still coming to the studio for the interview.

But finally, as promised, Ali arrived at the studio, escorted by an African-American police officer (Capt. McPhatter) of the Norfolk Police Department. To avoid the fans crowding the hallways in Madison Hall, they entered the studio through the back entrance. Ali was so cool it was hard to believe that he had just talked for almost two hours to an overflow crowd in a sweltering gymnasium. When he entered the studio, I introduced myself and we shook hands. I proceeded to give him a gist of the topics I wanted to explore with him. Instead of paying attention to what I was saying, he was busy surveying the studio, then commenting with some apparent degree of pride: “A television station at a Black college. With the brothers on the cameras and a sister in charge. That’s really nice.” As usual, when I had an opportunity, I asked celebrities for autographs for my young children. After signing three pieces of paper, he held on to the pen and reached for another piece of paper and said, “I got to give you one.” Finally and nervously, it was about time to get this adventure underway. Remember, Ali had been stripped of his championship, so how would I introduce him? Well, here’s how. “Ladies and gentlemen, my guest today is the heavyweight champion of the world, Muhammad Ali.” Then, the sparring began. Norfolk State was among over a dozen “Negro Colleges” on his list to visit. When I referred to them as “Negro” colleges, he promptly admonished me that “we don’t use the word Negro, we call them Black.” (Score round one for Ali.) Who was I to disagree with the “Greatest”? Of course, Black would be the appropriate description. The interview continued.

Q. Champ, how did you like the reception you received today?
A. I enjoyed it. They stayed in there almost two hours so they must like what I told them.
Q. What are some of the things you talked about?
A. I told them why I gave up boxing, my title and millions of dollars because of what I believe in. I told them about the real history of Black people they need to hear.

His answers and his wit were as quick and sharp as his left jabs.
Q. Who was your toughest opponent?
A. (Without a moment’s hesitation.) My toughest opponent? The draft board.
Q. What would it take to get boxing back on its feet?
A. (Again, without hesitation.) Let me dance again.
Q. How long would it take you to get in shape to go 15 rounds?
A. To beat these chumps (that are) fighting now, I wouldn’t need to go 15 rounds. If he tries to run, I’ll get him in one. If he starts some jive, I’ll get him in five. Look my friend, I’m as pretty as you and you ain’t no fighter.

Who should fight for your vacated title? I asked. He listed several fighters, most of whom he had already defeated. Then he said, “they can’t fight for my title. That belt is in Chicago in my house. They can fight for a paper championship.”

Q. If you had a son would you want him to be a fighter?
A. No sir, because not everybody can be as good as me. I would want him to do something where he could wear a tie and carry a briefcase.

When asked why he had chosen to come to Norfolk State, he said he wanted these “country folks to see the real champ.” Then he had to get in one more zinger – “are you country?,” he asked.
Before I could answer, he flashed that infectious copyright smile of his and said “I was just joking.” And with that the interview was over. One side note that relates to perhaps Ali’s toughest opponent in the ring … “Smoking” Joe Frazier. In 2011, Frazier was honored by the Sports Task Force of the NABJ (National Association of Black Journalists). In his remarks, he said in the seventh round of his first fight with Ali, in a clinch, Ali said to him, ” I’m so tired.” Frazier said he told Ali that he was in the wrong place to be tired.

In the final analysis, I came out of the interview basically unscathed and pleased that Ms. Hayes had asked me to do the interview … the short notice notwithstanding. I thank Muhammad Ali for the experience and the pleasure of adding another highlight to my radio and television career. Although, it was only a 30-minute interview, I concluded that Ali was very bright. He gave thoughtful answers quickly … mixed with wit and humor as sharp as his stinging left jabs. I’m convinced that he could have done anything he wanted to do, been anything he wanted to be and would have been as successful as he was in boxing. He could have been a marketing and public relations genius. Perhaps fate guided him into boxing so that he might share that gift with the world. The Greatest is gone but the memory of his courage, his faith, his strength, his sense of humor and his love for people will live on. Rest in Peace, Great One.

I close with a tribute to Ali with sentiments to his family.

A beautiful life is like a lovely rose.
It blossoms slowly then it glows,
But suddenly, it seems, all too soon it goes.
Yes, too quickly, and sadly it’s gone.
But God in his infinite wisdom and divine grace
Blesses you with loving memories that live on …
And grant you peace, hope and faith.
(By Dr. Grady James, Copyright, 2016)

Dr. Grady James is Professor Emeritus of NSU’s Mass Communications Department and a Senior Fellow with the Honors College.