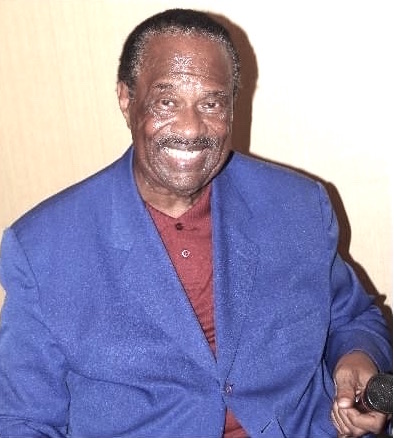 The life and career of Hampton Roads’ own Bobby Jay finally signed off in February 2021.

The career tracks of Robert L. Jackson, better known as “Bobby Jay”, were laid side by side at his passing with the legacy and history of African American contributions to local broadcasting since the 1960s.

His animated voice and antics as a radio personality enticed the ears of countless radio listeners in Hampton Roads for over 60 years.

“He was not a doctor or lawyer and didn’t have a Ph.D., but if you wanted the Best in Oldies but Goodies you had to Rock with me.”

This was Bobby Jay’s epitaph, according to Chester Benton, one of the best people who could viably tell the region’s African American radio broadcast history.

Benson has been a mentoree, a colleague or employee, or employer of many of those men and women who wrote most of its chapters over the past six decades.

Benton’s relationship with Jackson evolved from fan, mentor, rival, and colleague to the boss.

At each stage, it was built on mutual respect and devotion.

Benton is now the General Manager of Christian Broadcasting Company (CBC), the company which owns WPCE-AM and WGPL-AM in Norfolk WGRM AM and FM in Greenwood Mississippi and WBXB- FM in Edenton North

Carolina, where the last chapter of Bobby Jay’s popular “Oldies but Goodies” show was written.

Miss Ding-A-ling”, ET and other characters he fathered saw the end of their radio careers, as well.

Benton called him “Bob”, he said. Jackson started his career in Portsmouth at WRAP with ‘Daddy’ Jack Holmes on “The Teenage Show” with Maurice Ward and Beverly Sykes in 1961. In 1962 he was hired by WHIH for the 3p-7p as “BJ the DJ”. WHIH was a white-owned station playing Black music that was more in tune to the music of the movement in the 60’s and early 70’s. Black radio ownership, was still a decade away in Hampton Roads

Jackson was in great demand as a DJ, MC, and event host. He hosted many shows at Seaview Beach, Bay Shore Beach, Sunset Lake Park, the Norfolk Area and many small clubs and dance halls. He also did events such as high school sock hops.

“I was a senior at I.C. Norcom when I first met Bob in person. At the time, I had a small interest in radio because of Bobby Jay,” recalled Benton. “I was thrilled watching him work. After the dance, I helped him carry his boxes of records to his car.”

After high school, Benton majored in Mass Communications at NSU. He created a program called “The Spartan Hour”, student-run on WHIH.

At the same time, he kept in contact with his idol, “Bobby Jay”, whose prime-time radio show featured characters like Woofie, E.T. and Miss Ding-a-ling.

Benton said he landed a job at age 19 with WRAP, and had his show “Chester B, the Little Big Man Show” from 7 p.m. to midnight.

Benton joined Daddy Jack Holmes, the Soul Ranger, and other WRAP talents who competed against Bobby Jay and his colleagues on WHIH

“If you were a Black radio DJ, you were a superstar at that time,” said Benton. “Bobby Jay had a radio show; he had the nice cars and that celebrity status.

Dale Nixon, a photographer, and activists on the Peninsula said on May 22, a special tribute to Bobby Jay will be held at the Mercury Entertainment on Mercury Blvd. from 8 a.m. until midnight.

His old radio colleagues, such as the Soul Ranger and others will deliver recollections of him before the Oldies Dance will start at 9:30 p.m.

“I don’t think there will ever be another Bobby Jay. The days of the DJ as an on air personality, entertainer social icon died when he died, I think,” said Benton.

“When he hosted that Oldies, but Goodies Show, he allowed people to enjoy a part of the past and feel young again. He played their music, talked about the clubs, beaches, and other things

that relive the moment. Bobby always ended his show with the prayer “Footprints in the Sand.”’ 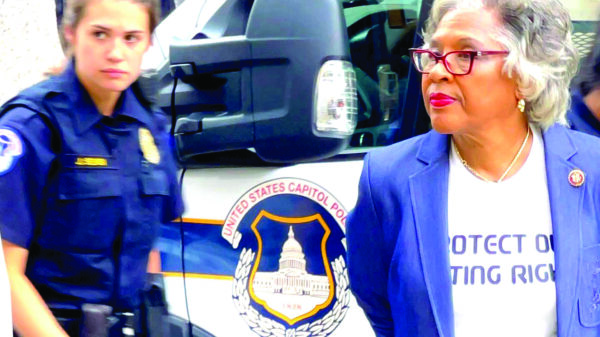 CBC Chair Beatty Among Those Arrested In Voting Bills Protests