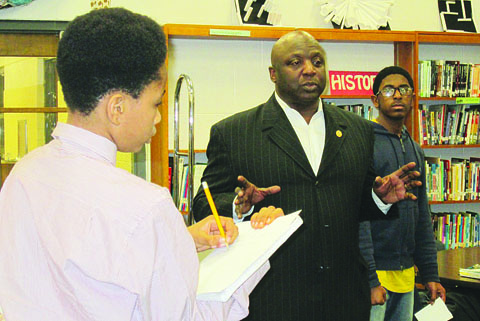 Virginia Beach NAACP president Carl Wright and former Chesapeake Mayor Dr. Bill Ward are not the only voters who are refusing to quickly choose between presidential candidates Bernie Sanders and Hillary Clinton.
The same outcome occurred after Sanders and Clinton recently held meetings with civil rights leaders in Harlem. For example the National Urban League tweeted, “Today’s meeting with Bernie Sanders resulted in crucial dialogue that we look forward to having with (all) presidential candidates.
Of the National Urban League’s subsequent meeting in Harlem with Clinton, President Marc Morial later told MSNBC, “We want to be fair. We have invited in writing every candidate. We want to be fair, even-handed, our aim is not to support any candidate. . .We raised concerns.”

Black Democrats who said they hold a favorable opinion of Sanders amounted to 53 percent nationwide, according to a Gallup survey conducted over the past month. Meanwhile, 82 percent viewed Clinton favorably. And 31 percent of those voters said they did not know enough about Sanders to rate him, while only 6 percent said the same about Clinton.

Black voters have been targeted in advertising campaigns, Ted Devine, a senior campaign manager for Sanders, recently told The New York Times. The South Carolina tab so far includes $711,000 for television. Black radio stations and cable ads have reached $381,000.
“It’s unfair to say we have given up on the Black vote in South Carolina because we are campaigning in states, like Virginia,” Devine recently told The New York Times. “This race is turning from a state campaign to a multistate campaign.”