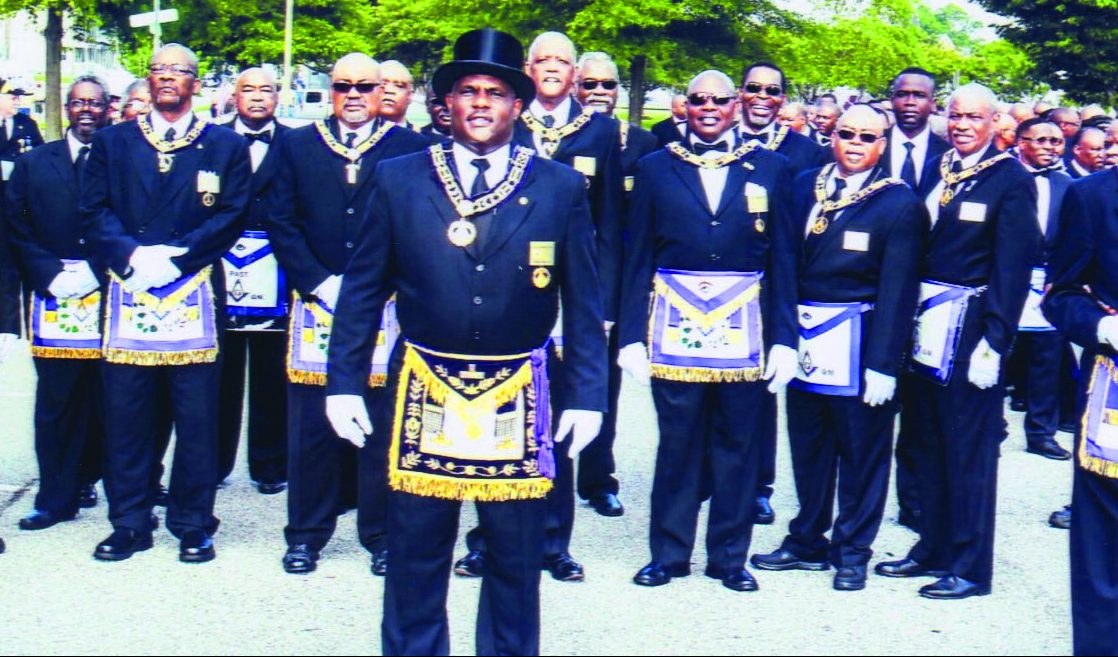 Portsmouth
For the first time in the history of the Most Worshipful Prince Hall Grand Lodge of Virginia, Free and Accepted Masons, Incorporated its members dressed out in their traditional masonic attire, including regalia of the various officers and offices to participate in the City of Portsmouth Annual Memorial Day Parade, reportedly one of the oldest continuous parades in the Nation on May 29, 2017.

The Prince Hall Grand Lodge ofVirginia established in December 15, 1875, evolved from the oldest African-American Fraternity of Prince Hall Freemasonry, started by its founder Prince Hall who is recognized as the Father of Black Masonry in the United States being initiated into masonry in 1775 in Boston, Mass.

The current leader of Prince Hall Master Masons in Virginia is Portsmouth resident and Vice Mayor, the Honorable Paige D. Cherry, and is titled Most Worshipful Grand Master. He has chosen for his theme during his administration “Building Bridges: Past, Present and Future.”

The 150 men that participated in this year’s parade represented approximately 5,000 men in this fraternal organization that is “dedicated to the fatherhood of God and brotherhood of man” taking “good men and making them better men” and endeavoring “to dispense charity, promote family values and significantly aid in the uplifting of humanity.” Along the parade route the men were provided water to battle the heat by their sisters of the Grand Chapter Order of Eastern Star.

At the conclusion of the parade, the Grand Master, local members of the Masonic District and his Lodge hosted the members and their families who traveled with them and served traditional Memorial Day refreshments at the Masonic Association Building Lodge Hall at 1500 London Blvd. Portsmouth, Virginia.

In April, at the Renaissance Hotel in Portsmouth, the organization recognized the contributions of over five hundred thousand dollars made by the Prince Hall Family during the past year.