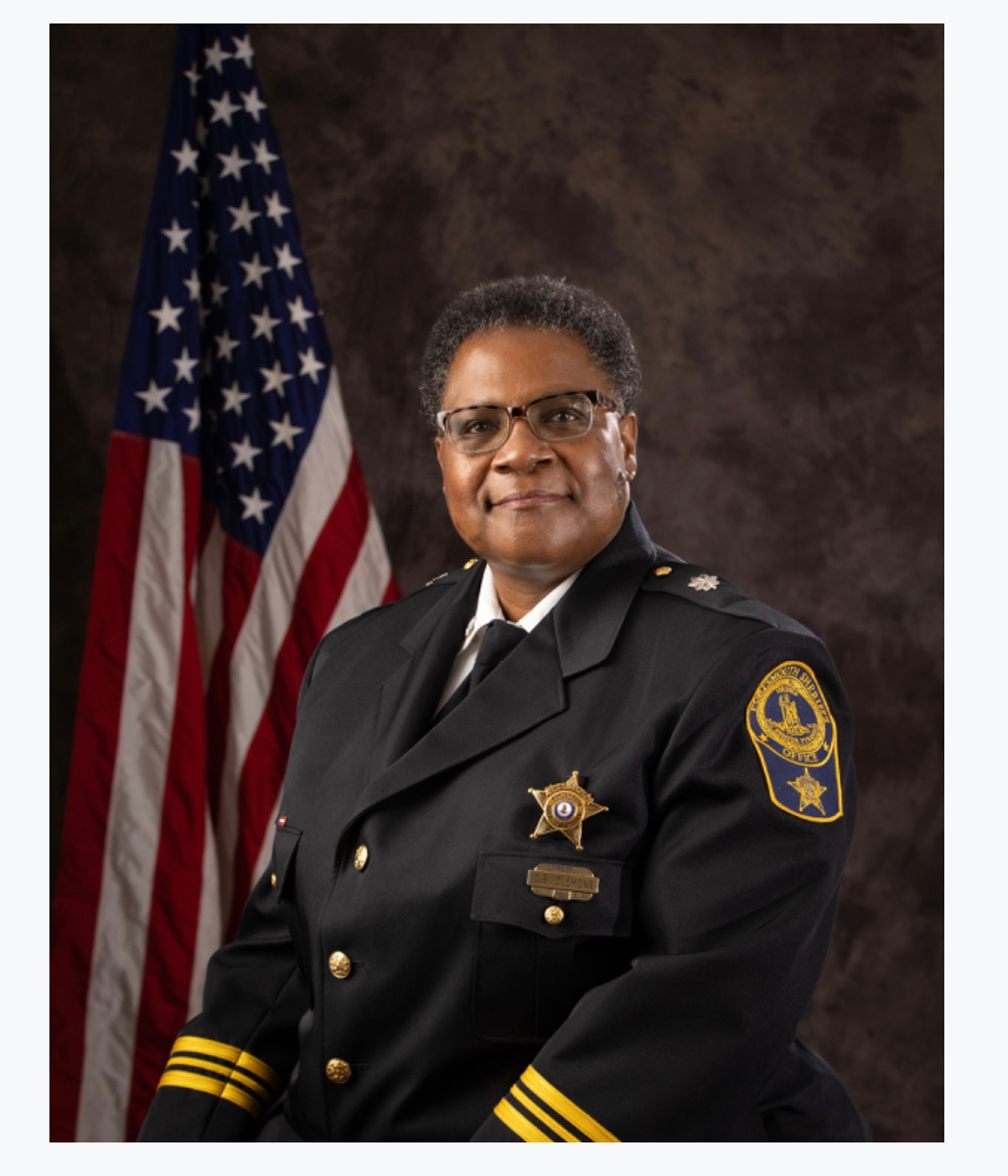 PORTSMOUTH
Women are collectively owed centuries of overdue acknowledgement for their gifts. That historic deficit is being affirmed in many arenas today. Portsmouth Sheriff Michael A. Moore has shattered that glass ceiling and shown the ladies at the Portsmouth Sheriff’s Office that when you do your job well, there is a place at the table for them.

This was demonstrated recently in the promotion of Major Dorothy Dildy-Clemons to the position of Lt. Colonel, Chief Deputy of Jail Operations. Her main responsibility is to maintain safety and secured care of all housed in the Portsmouth City Jail. The Corrections Division is comprised of the Intake and Receiving Unit as well as Records Unit.

Clemons is the first women to reach this level in the Portsmouth Sheriff’s Office.

Lt. Cotton Clemons stated she was “raised in a family of rules, honesty and obedience”.

“At an early age I knew I wanted to do something worthy,” she said.

She began her matriculation into the world of employment at the age of 16, working as an assistant at the Southside Boys Club in Norfolk. She said this was the beginning of learning to prioritize, being patient and solving problems in the workplace. What she learned from home and work followed her throughout her years.

Clemons is a graduate of Lake Taylor High School and attended Norfolk State University for two years where she began majoring in Sociology, later changing to Criminal Justice. She worked several jobs while attending college; however, he found working at CHKD very rewarding emotionally and said it taught her about being grateful.

In 1992 she joined the 1st Portsmouth Sheriff Office Auxiliary Academy where she was taught academically and physically, paving the way for where she is today. She also has worked as a court bailiff for a number of years.

In 1999 she was promoted to Sergeant and was a Watch Commander; in 2005, to Lieutenant; and in 2007, to Captain and then Major. While serving as Major, she was the Division Commander over the Crime Prevention Unit.

Her office played a critical role in the department’s refocused approach to achieving and sustaining gains against crime by strengthening community relations and trust.

While serving in this capacity she assisted in conventions, Sport Events, taking seniors and group(s) to their destinations, National Night Out, donating food to those in need, Project Lifesaver and calling seniors on a daily basis.

Lt. Col. Clemons stated that she appreciates all the advice, insight and support from her Portsmouth family and that this was an accomplishment beyond her dreams, truly a blessing from God.

She expressed her gratitude to Sheriff Michael Moore and Colonel Marvin A. Waters for this opportunity. She offered a quote form Sojourner Truth. “If the first woman God ever made was strong enough to turn the world upside down all alone, these women together ought to be able to turn it back, and get it right side up again! And now they are asking to do it, the men better let them.”