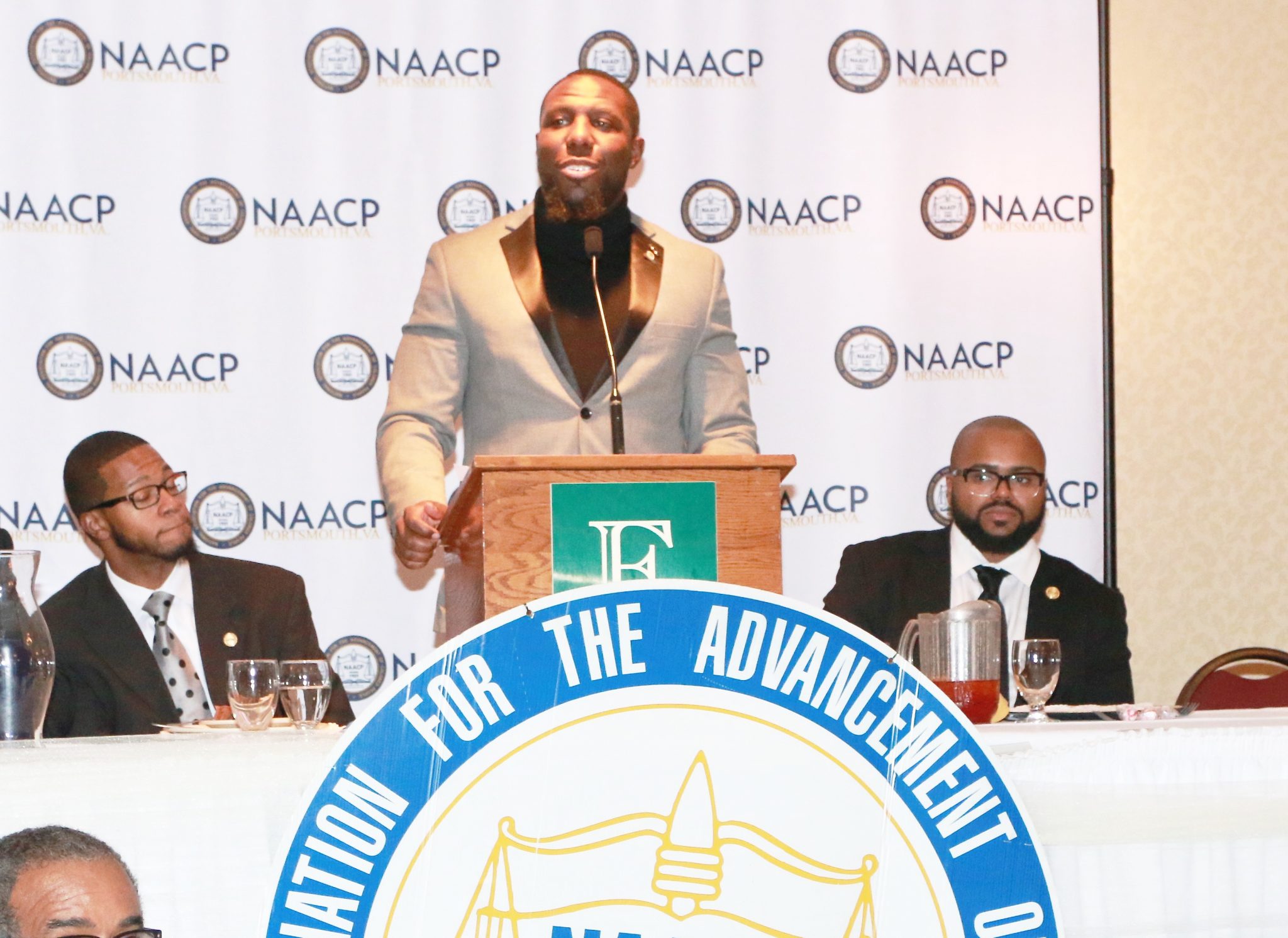 PORTSMOUTH
The Portsmouth NAACP held its 74th Annual Freedom Fund Banquet on November 17 at the Edmonds Center. The keynote speaker was Dr. Wesley Bellamy, Civil Rights Activist and the Vice Mayor of Charlottesville.

Dr. Bellamy, who recently received his doctoral from Virginia State University, challenged the audience to be involved in bringing about equity in opportunity and resources for African Americans to move forward.

Bellamy came into the national spotlight after leading the effort to remove the statues of Robert E. Lee and Stonewall Jackson from Charlottesville city parks. He also led the city council in passing an “Equity Package” which includes $4 million in aid for marginalized communities.

“These are serious times. What are you going to do,” he asked several times as he focused on the urgency for more individuals to become involved in community affairs to bring about positive change.

“The easiest thing to do is to complain rather than to be a person of action,” he noted to the applause of the audience.

The Branch introduced two initiatives it has implemented: WIN—Women In NAACP—to enhance the leadership role of women; and, The Village Experience, to work with groups focused on enhancing minority entrepreneurship.

The newly instituted Dr. Elizabeth Daniels Presidential Award made its inaugural presentation to the late Dr. Brandon Rogers, a 29-year-old doctor at Riverside Medical Center in Newport News. Rogers, a Portsmouth native, died on June 10, 2017 of injuries from a car accident in Maryland. He had recently competed on the NBC show “America’s Got Talent,” which reportedly made a big impression on the judges. His award was accepted posthumously by his parents.

James Boyd is the president of the Portsmouth Branch NAACP.