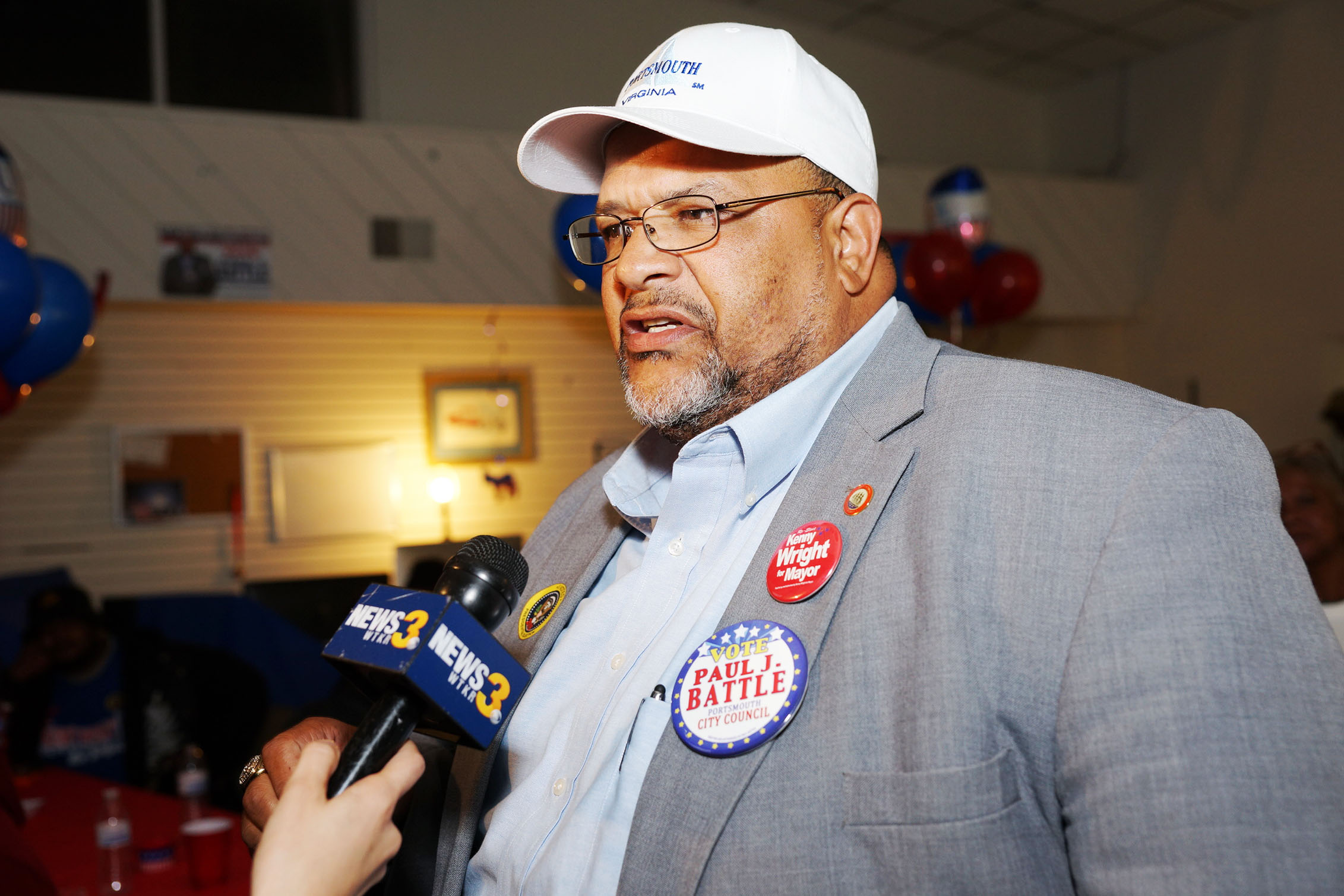 PORTSMOUTH
Portsmouth Mayor Kenneth I. Wright was defeated in his bid for re-election by former city manager John Rowe. Wright had served as mayor for six years in Portsmouth, a black-majority port city in the center of the Hampton Roads metro-area. The news of Wright’s defeat dampened the mood of his supporters who gathered at a mid-city campaign headquarters which was shared with candidate Paul Battle, who came in fourth in a three-way race for city council.

Wright attributed his defeat to Rowe’s superior ground-game, PAC money, and ability to turn out his base of supporters at the polls. Wright said he did not know why his base did not turn out at the polls but promised to examine the issue in the upcoming days. Wright accepted full-responsibility for his defeat and urged the citizens of Portsmouth to get behind and support the new mayor. He insisted that this is not the end of his political career and said he would examine his options moving forward.