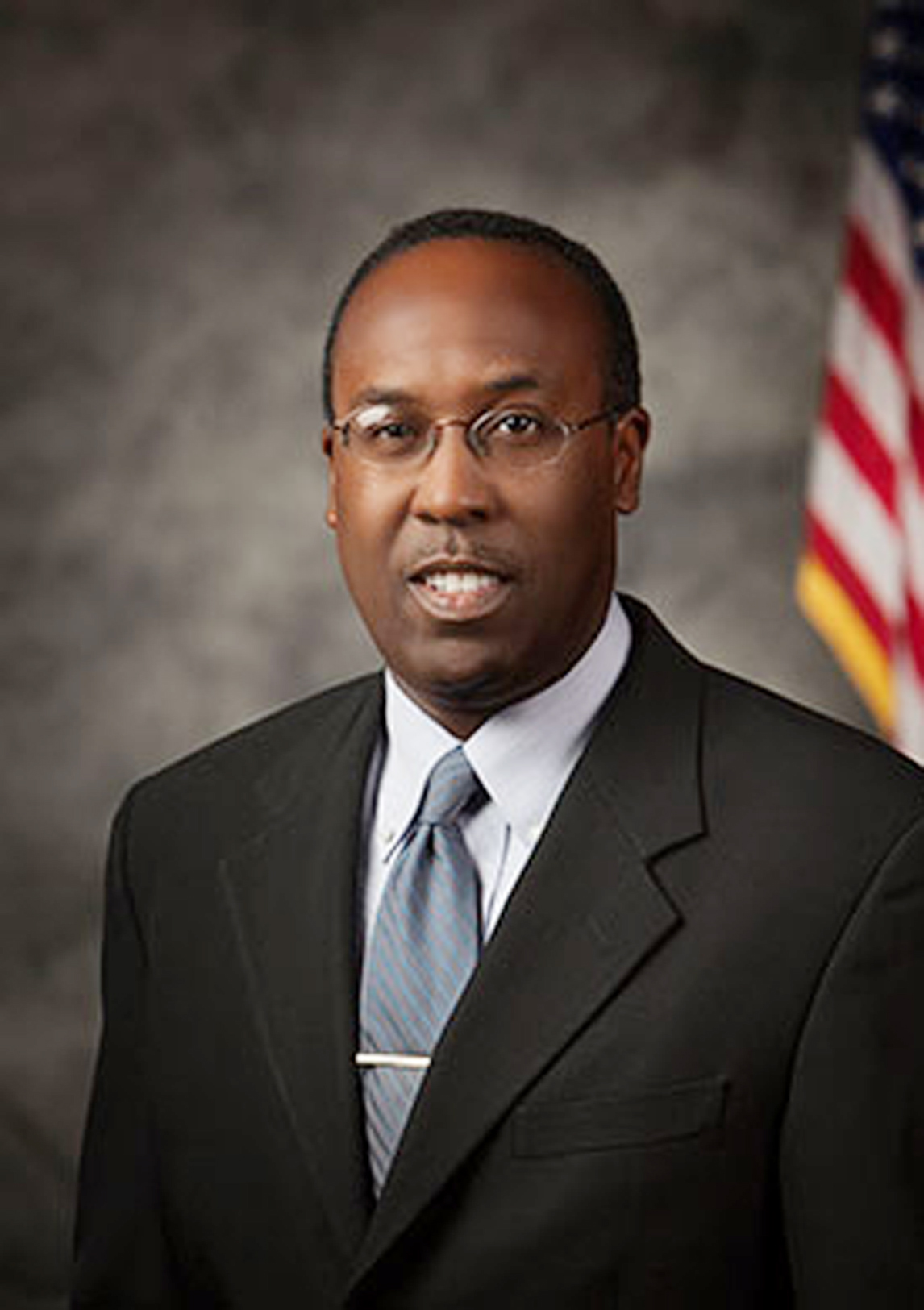 Last November voters in Portsmouth denied then Mayor Kenneth Wright another term and replaced him with former city manager John Rowe. Many said they hoped an era of group cooperation and peace would arise, having witnessed an often rocky relationship among council members.

Recently, the council held its first retreat as a body tasked to move the city forward under its new Portsmouth mayor and new and continuing council members.

But City Councilman Mark Whitaker, a close ally of Wright’s, was not ready to join his colleagues in their team building moment.

Whitaker boycotted the retreat, he said, to symbolize his belief that Mayor Rowe lacks the “social-consciousness and credibility to lead or participate in providing vision for the city.”

Whitaker highlighted his view that payments Rowe, the city’s former city manager, has received from the Virginia Retirement System are improper and against state law.

Further, he said, if the VRA does not recover at least $83,000 of the retirement funds paid to Rowe, the city would be liable.

He questioned Rowe’s role in facilitating the transaction involving the city’s payments of $7 million to the Portsmouth Redevelopment and Housing Authority to retire the Holiday Inn loan.

Whitaker said he does not support diversifying the city’s police and fire personnel in a city which is majority African American.

Whitaker said the mayor is not a proponent of the “Living Wage,” and he chided Rowe for orchestrating a criminal investigation of members of the Portsmouth School board investigated several years ago for appropriating funds to expand school facilities for students.

“There are so many issues which the council under Mr. Rowe will not address,” Whitaker told a reporter for the New Journal and Guide.

“This is due to the ‘Whitelash’ which has taken place locally and nationally. Also, Black ignorance of the social norm of White Supremacy.”

Whitaker said while the council is seeking to establish a more unified “group dynamic,” the panel’s ability to address many of the diversity, education and economic fairness issues facing the panel may be co-opted.

He pointed out that Jaymichael Mitchell, who was arrested for shoplifting $5 worth of goods, was detained in the Regional Jail and latter was found dead in his cell.

He also mentioned William Chapman, who was killed by a Portsmouth Police officer for allegedly shoplifting $50 worth of goods from a Walmart.

Whitaker said while these two young Black men died for petty crimes, Rowe is allowed to go free for various issues, including the VRS issue.

But during a telephone interview with the Guide on February 13, Rowe sought to counter Whitaker’s assertions which he called “opinions and not facts.”

“However, the matter is now between VRS and me to resolve,” said Rowe said.

Rowe also refutes Whitaker’s charge that he was involved in the City’s paying $7,000,000 to the Portsmouth Redevelopment and Housing Authority for the retirement of the Holiday Inn loan because he was not working in Portsmouth.

Six months later, he said the Town Council of Windsor hired him as Interim Town Manager.

“The Town’s previous Manager was retiring the end of June 2008 after serving as the Town Manager for 12 years, and the Town Council hired me to be its Interim Town Manager,” he continued.

“As Interim Town Manager, I was fully immersed in running the Windsor municipal operations, and I had no interactions with the City of Portsmouth. Consequently, I was not aware that Portsmouth had developed and signed this October 31, 2008 agreement with the Greater Portsmouth Development Corporation.”

Rowe submitted a document, dated October 31, 2008 which was an “agreement, six full months after I left the City of Portsmouth, the then Portsmouth City Manager Ken Chandler signed this contract in which the City agreed to pay $7,000,000 to retire the loan on the Holiday Inn. The then City Attorney Tim Oaksman approved the form and legality of the agreement.”
Rowe said he was disappointed that Councilman Whitaker did not attend the retreat with his colleagues.

He said the city has devised a four-point vision for its future, including creating a poverty taskforce to attack and end the problems “as best we can.”

Rowe said on education, council wants to reverse the fact that only eight of the city’s 19 public schools are fully accredited and wants to develop a community wide strategy to reverse that trend. He said that effort will begin Feb. 27 when the council will meet with the school board to approve its budget and outline plans on its vision for the future in that area.

He said the plan calls for reform in the city’s ordinance system from its current “form system” which has been an impediment to recruiting and retaining job creating businesses in Portsmouth.

Rowe said that in 2008 the city eliminated its Marketing and Tourism Department and the current council will work to revive it.

Rowe countered Whitaker’s contention that he was not for diversity and civil and social justice and does not carry his concern for the “issue on my sleeve.”

He pointed out when he was City Manager for Emporia/Greenville, he received a citation from the local NAACP in 2003 for “fighting for Freedom and Justice for all.”

And from the city’s Oak Grove Baptist Church, he was cited for his “dutifulness to justice and equality and use of his “resourcefulness in development and growth of Emporia/Greenville.”

Rowe said he had no knowledge of and was not involved in the Grand Jury Investigation of the city of Portsmouth School Board over allegations related to funding that “was not returned” to the city.

Before last November’s elections, Blacks had a 4-3 majority on council, with Wright as Portsmouth mayor.

Now there are four White and three Black council members, including Portsmouth Mayor Rowe who may determine the deciding vote on the panel now if the voting is along racial lines.