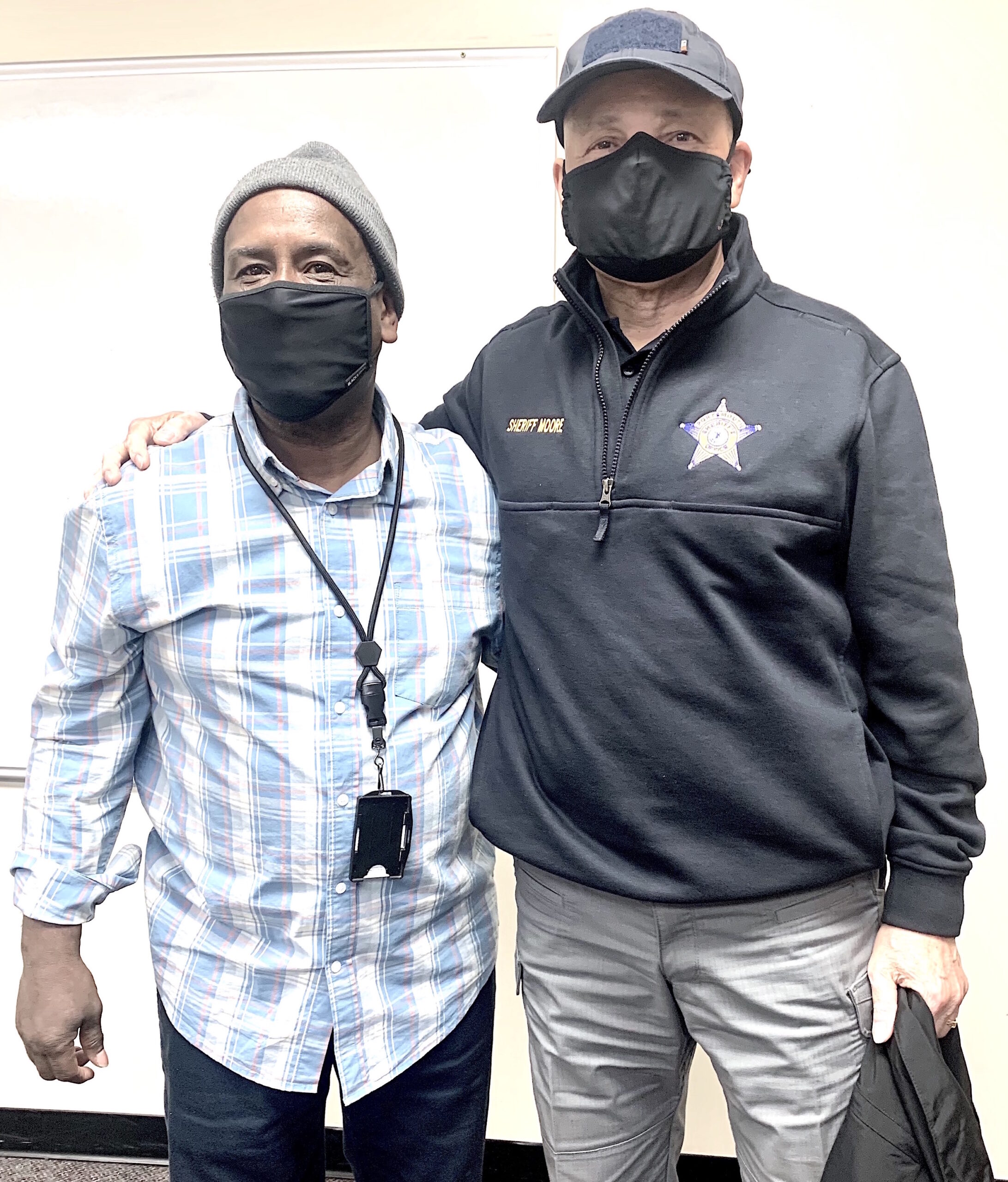 For six months, Kevin Collins was incarcerated in the Portsmouth City Jail, but he was not idle.

Like other inmates, he worked off his time cutting grass, cleaning the Sheriff’s department training center and other tasks.

After he was released, he worked briefly with a crew installing waterlines in newly constructed buildings.

But the COVID-19 pandemic shut that down. He needed employment and money to support himself.

At this point, Collins was like many persons who break the law and pay their debt to society, but when released from jail cannot find employment, housing, and other resources to get back on their feet.

Many resort to illegal behavior and re-enter the revolving door back to the criminal justice system and jail.

“But I kept calling the Sheriff’s office to ask them if they had any work,” Collins said. “They kept telling me to call back. I hoped they had something for me. I did not want to go back to jail.”

Finally, after some persistence, the Sheriff’s department called him back to the jail as an employee under the Sheriff’s STEP program.

Portsmouth Sheriff Michael A. Moore says he believes the criminal justice system should promote both accountability and redemption as he

works on expanding a program he created to reduce recidivism back to the doors of the jail.

The primary focus of STEP (Stabilizing Transitional Employment Program) is to reduce barriers for motivated individuals who have paid their debt to society in attaining employment, finding stable housing, supporting their families, and contributing to their communities.

Moore designed STEP to assist those individuals who are looking for a second chance.

Collins said he is the product of a stable working-class family.

After graduating from high school in 1986, he enrolled at Norfolk State University and was working on a Computer Science Degree.

He had various brushes with the law which landed him behind bars.

“That’s when I got involved with the wrong crowd,” said Collins. “I was a follower and not a leader. I was in my late 20s when my life should have been taking off. My father was so surprised that I would get in trouble at that point in life.”

Upon his return to work at the Portsmouth jail, as a part-time employee, Collins was the first

applicant for the STEP program.

According to Sheriff Moore, Collins exhibits excellent work habits. “He is always on time, dependable, and never complains about the task at hand.”

Sheriff Moore recently offered Mr. Collins a full-time position. Now, he has been given a second chance to move forward.

He is doing much of the work he did while he was incarcerated: cleaning and maintenance, helping with food service and any other task needed.

Collins said that he can even provide support for his elderly parents who are both 72 years old.

“I am blessed,” said Collins, who is 52 years old. “I have a full time job with benefits, including health insurance, especially with COVID out here.”

Collins said that he wants to help other men and women who were in his situation to avoid incarceration.

“Just stay focused on the positive,” he said. “Find a skill and build on it and deal with positive people. Keep God first. God has put us on his earth with a purpose and we must work to fulfill it.”