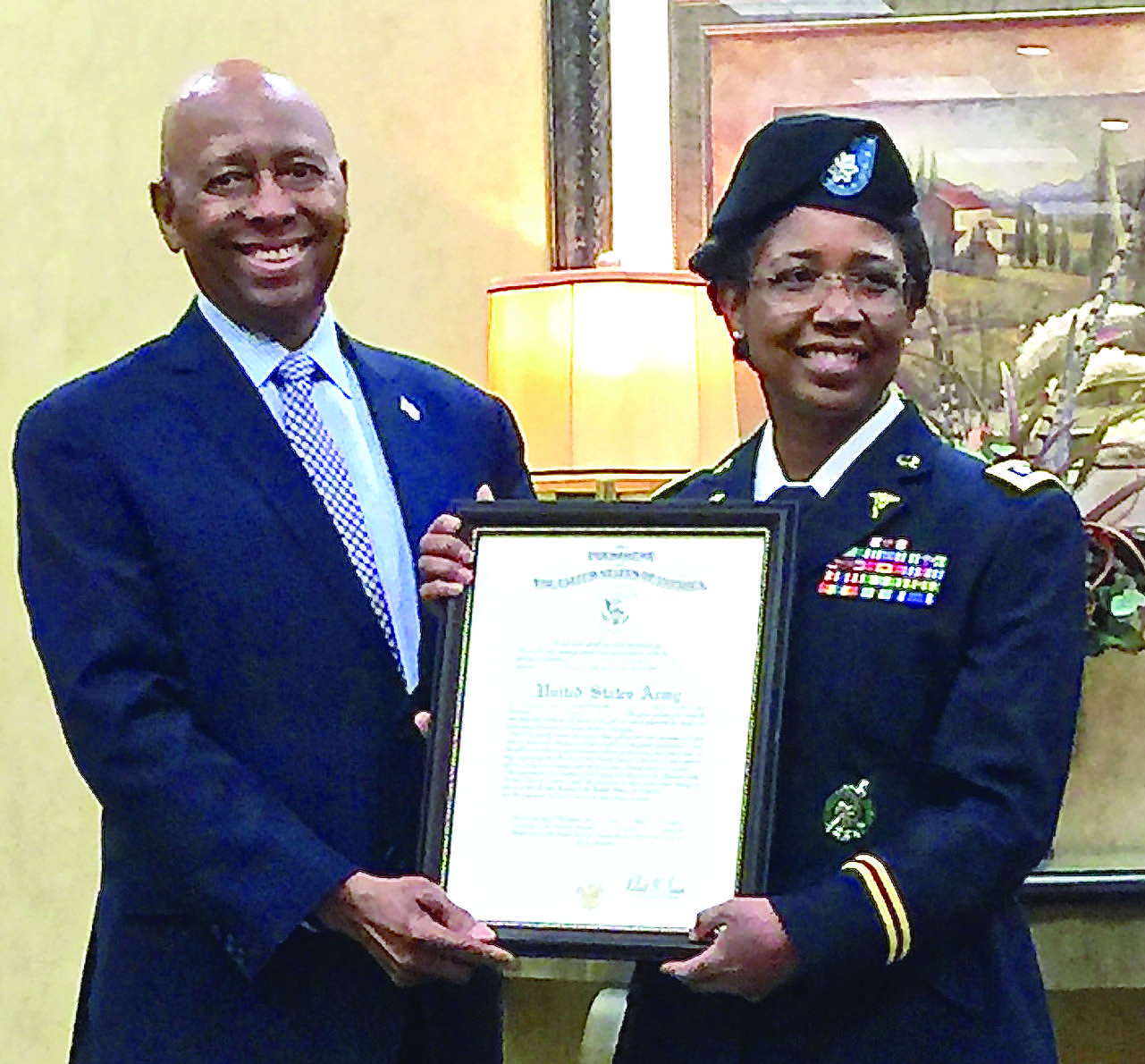 Praising her achievements, Ambassador Myrick noted that she was promoted from Major to Lieutenant Colonel in the Army – effective December 1, 2017 and as a mentor, he officiated at her promotion ceremony in Portsmouth on December 16, 2017.

LTC Harris enlisted in the Army as a laboratory technician in 1993 and served at the Blood Donor Center in Landstuhl, Germany. Subsequent deployments included Bosnia and Iraq. Due to her leadership skills, she was selected for a commissioning program and became an Army Nurse Corps Officer in 2001.

She rose through the ranks while commanding a number of medical units. She continued her education, earning a Master’s Degree in Public Health Leadership and Family Nurse Practice.
LTC Harris is currently near the end of completing a Doctor of Nursing Practice Degree at Binghamton University.

“Her success is an example of what can be accomplished with talent and sustained hard work,” said Ambassador Myrick.