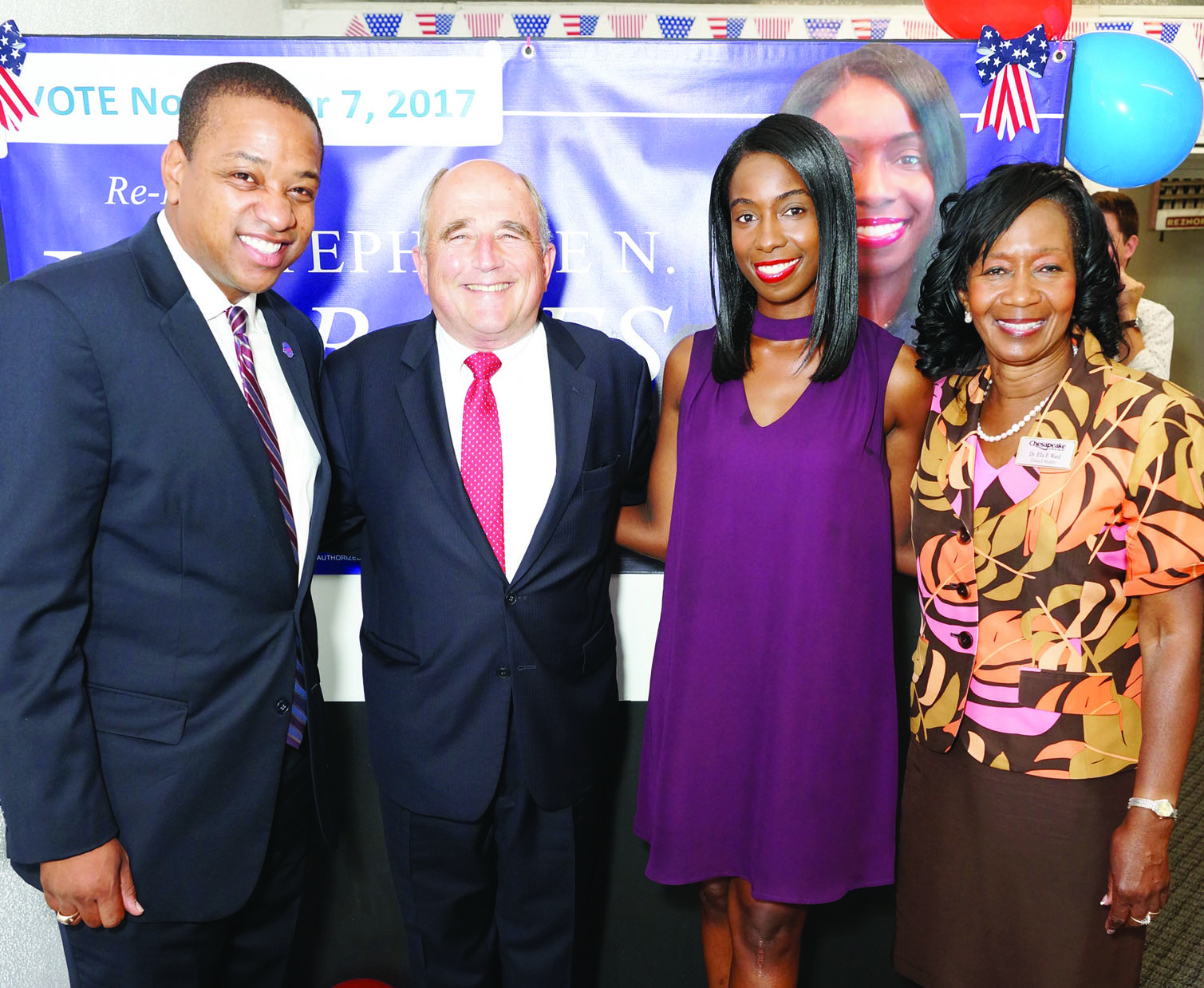 PORTSMOUTH
Portsmouth Commonwealth Attorney Stephanie Morales kicked off her re-election bid with a rally at her campaign headquarters in the Craddock area of the city on Thursday (Aug 3). The rally featured speeches by Justin Fairfax, Democratic candidate for Lt. Governor; Portsmouth Mayor John Rowe; and Chesapeake City Councilwoman Ella Ward. Former Portsmouth mayor Kenny Wright was in attendance to extend his support to Morales.

Portsmouth Mayor John Rowe welcomed the 75 quests who packed the campaign office. Rowe endorsed Morales and told the crowd that she was the most qualified candidate in the race. He also commended Morales for the fine job she has been doing for the city.

Democratic candidate for Lt. Gov. Justin Fairfax spoke highly of Morales, saying that she racked up 24 murder convictions as Commonwealth Attorney. Morales is also one of the few attorneys in the nation who has gotten a conviction of a police officer for murdering an African-American man.

In her remarks, Morales talked about her record and her Portsmouth roots. Morales was born in Portsmouth, earned degrees from Norfolk State and William and Mary, and she and her husband are raising their children in the city.

Morales said she has been working with the city’s youth through her office, with a focus on reducing recidivism in the criminal justice system. She also mentioned that more citizens have been working with her office and law enforcement because of a renewed feeling of safety in the city.

Morales encouraged all residents to vote in the November 7 election.