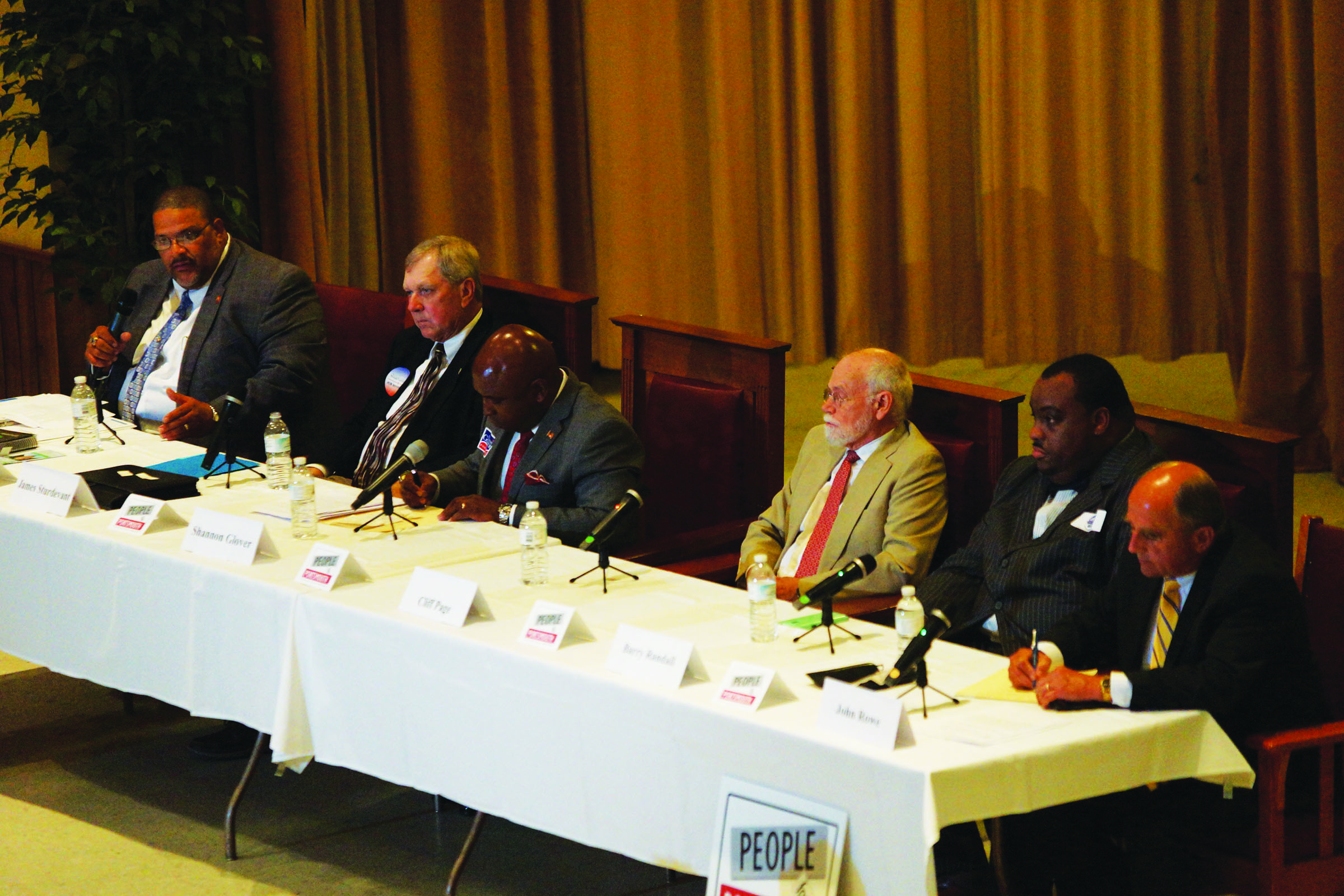 Mayor Wright, who bore the brunt of the forum’s criticism, demonstrated a firm grasp and command of the issues. He said the city has to prepare for a generation of younger residents interested in living in urban environments. He discussed the need for improved infrastructure to make Portsmouth a tourist destination. Mayor Wright pointed out that the population of Portsmouth has grown by 1,500 over the past 5 years, a feat which has not happened since 1960.

When asked about claims of his unwillingness to talk to the media and heavy handiness in council meetings where he has levied fines against council members who have discussed city business in public or on social media, Wright explained to the audience that he could not discuss some things with the media due to legal liability. The mayor did reveal that he drove to Short Pump in Richmond to save the Kroger Supermarket deal after negative rumors almost unraveled it.

Barry Randall explained that he would promote a program that would enable police officers, firefighters, and teachers who earn $42,000 or less to buy a house with city assistance. He also said funding for unproductive entities like the city’s golf courses could be shifted to job training programs. Cliff Page said he would make Portsmouth more business friendly and citied the high tax rate on businesses and home owners. John Rowe said the city must invest more into its neighborhoods. Shannon Glover said the city must invest more into public safety. The election for Portsmouth mayor is scheduled for Nov. 8, 2016.