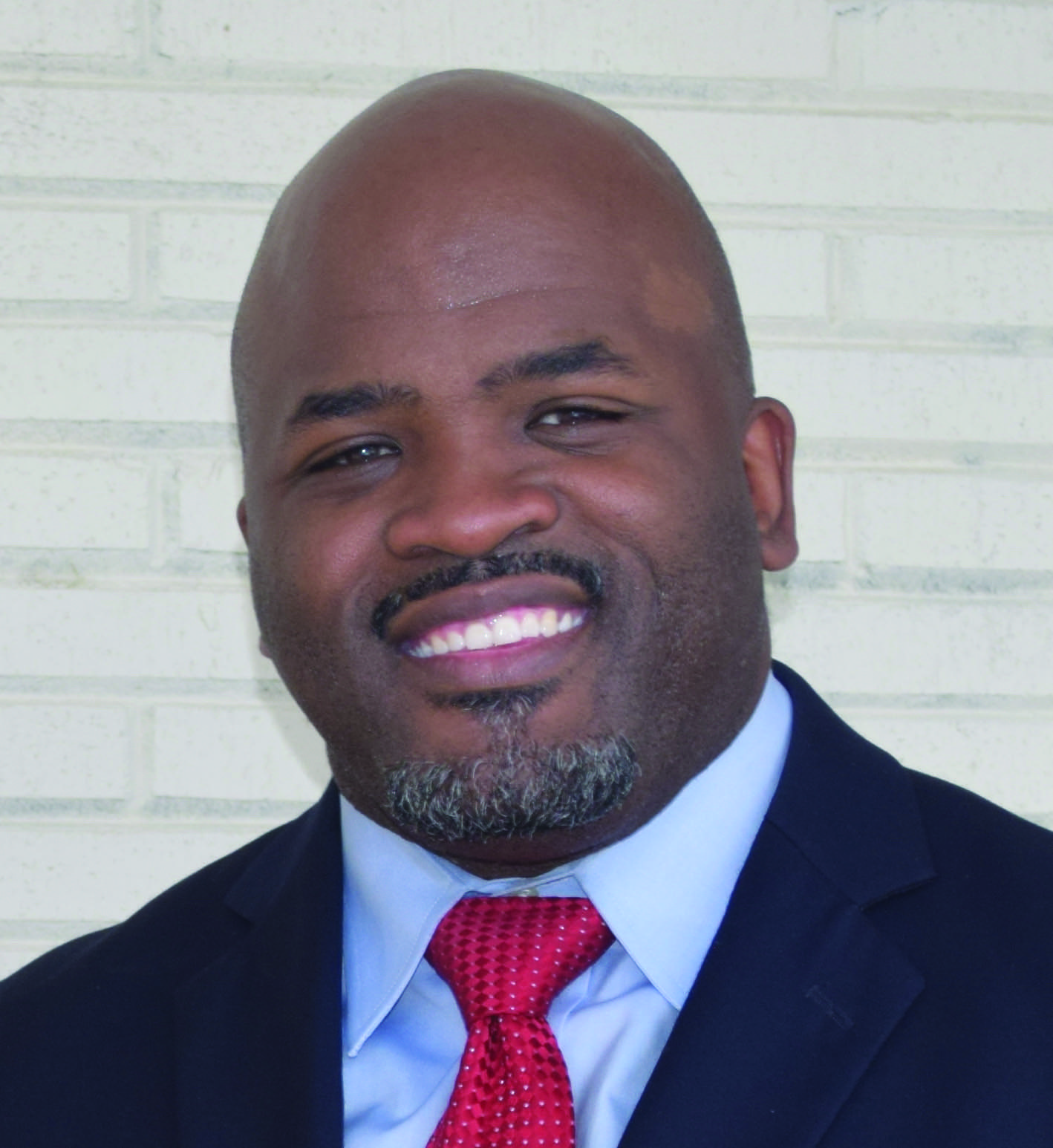 Davy Smith III unscrewed an ink pen and stuck a few lines on his formidable to-do list, after he began his second term as the Chair of the Board of Commissioners for the Portsmouth Redevelopment and Housing Authority (PRHA), in September.

Recently, the New Journal and Guide caught up with Smith. It was the day after he had just delivered the keynote address to about 100 minority fathers at a local elementary school that aims to recruit more fathers as volunteers. The newspaper interview was held the day before he was scheduled to speak on domestic violence at an Omega Psi Phi anniversary celebration at Norfolk State University, where he earned a 2002 degree in social work and became a ‘Que.’

Taking a deep breath, Smith exhaled then he slid behind the CEO’s desk at Learning, Growing, Changing LLC., a mentoring, tutoring, and memorabilia company he launched a few years ago. But Smith’s voice did not sound exhausted when he described his busy schedule which includes a few hours he donates each week to Churchland Middle School, where he mentors the basketball team. And he didn’t sound weary when he talked about his past two years as a resource specialist at Pathways Development.

“I am so involved in my community because that’s the only way we can fix our problems,”said Smith, who has been married for a decade to Trena W. Smith, a data base administrator. They do not have children.

“People complain all the time about problems in our community,” Smith said. “But you have to stop complaining, get off the bench, and get in the game. And that’s why I do what I’m doing. I love my city.”

Smith grew up in Portsmouth’s Jeffry Wilson public housing project, which was demolished about a decade ago, recently rezoned, and transformed into the 10-acre Seaboard Commons, a commercial real estate project.

Seaboard Commons is next to the now defunct low-income housing complex where Smith grew up with a mother who was addicted to cocaine and two brothers who are now in prison. His father was abusive to his mother, who died at age 43 about two decades ago. His father was in and out of his life, he said.

“It literally took a village to raise me,” Smith said pointing to childhood mentors who steered him in a brand-new direction.He met Angela Barmer Jones, who worked for the Portsmouth parks and recreation summer youth program. He met P.J. Honoré, a Churchland High special education teacher, who also gave him a home after his mother was forced to leave the housing project. He met former Councilman Ray Smith who took him to NAACP meetings and the beach.

“We must become more communal, move the table out of the way, and form a circle again,” Smith said in the recent phone interview. “That’s how we are going to solve our problems. Economics is the key. We’ve done it before and we can do it again.”

In plain terms, Smith aims to reinvent troubled lives. That is why he volunteers at least 10 hours a week with PRHA. To solve problems in his community he also works multiple hours at his private tutorial and mentoring company. He volunteers at Omega Psi Phi events, tackles his day-job at Pathways Development, and goes home at night to the home he shares with his wife because he believes civic-minded individuals launch real-life change.

Instead of focusing on his troubled childhood, Smith points to his own ambitious drawing board which is cluttered with plans and goals that are people friendly.This means he has big plans for the people he serves. In other words, the volunteer post that he accepted from January 2008-2010, on the Committee for Persons with Disabilities during former Portsmouth Mayor James Holley’s tenure, is the post that led him to a decision-making slot with PRHA. (Holley, a dental surgeon served on Portsmouth City Council from 1968 to 1984, and two terms as mayor of Portsmouth from 1984-1987 and 2008-2010).

Of his PRHA position, Smith said, “As chair, I have a fiduciary responsibilty. This means I am accountable to federal agencies such as HUD. It is work. It takes a lot of focus. You have to be willing and open to learn from others. You can’t be a dictator. I have to work with six other people.”

Of his ambitious drawing board, Smith said, “I always wanted more. I was exposed to domestic violence, drugs, and the dysfunction I saw in my family. But I always tell young people I wanted more. The main thing for me is to stay motivated.”

Smith added, “People encourage and push me because they know I understand the struggle that takes place in public housing projects. I understand the struggle because I lived there. Most of the feedback I receive is positive. Many tell me, ‘Keep up the great work.’Others tell me, ‘We know you are going to do what is our best interest.’ I just thank God for the opportunity.”

When the interview ended, Smith was busy keying data into his cellphone. He was jangling his car keys. His schedule is hectic, he said without a trace of self-pity, regret, or fatigue. He said he had to return some missed phone calls that came in during his interview. He had to go over to the Omega Psi Phi celebration at Norfolk State. Oh yes, he will be inducted into the I.C. Norcom Athletic Hall of Fame on Dec. 2.

Smith, a former football player who played with teams at Norfolk State, Virginia Hurricanes and the Fayetteville Guards, said, “It takes a lot of flexibility to be chair of the Portsmouth Redevelopment Housing Authority. You have to juggle many obligations.”

Smith added, “But being chair has taught me to persevere, to be resilient (despite intense media scrutiny). It keeps me humble. I’m not above reproach. I consider myself an eternal learner.”