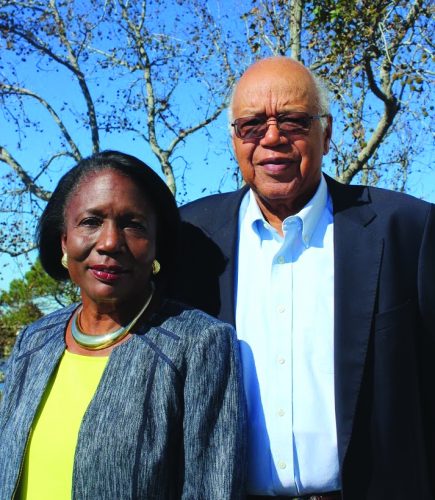 Philanthropy is defined as the “desire to promote the welfare of others, expressed especially by the generous donation of money to good causes.”
It can be applied in forms which do not require money.
Volunteering one’s time, talents and energy are good examples of benevolence, generosity, and humanitarianism.
In the Black community among the monied elite and other economic categories, “Giving Back” is a cultural tradition to support neighbors, churches, groups or organizations.
Despite the billions spent by federal, state and local governments over the past seven decades, poverty still persists, despite political efforts to reduce the demand and cost of such efforts.
To illustrate the idea of African American Philanthropy, the Hampton Roads Community Foundation is bringing a free, interactive photography exhibit to Norfolk’s Slover Library August 16-30 in celebration of Black Philanthropy Month which is observed during August.
It’s called “Giving Back: The Soul of Philanthropy Reframed and Exhibited” and will feature photos and stories of philanthropy in the Black community.
The Hampton Roads Community Foundation (HRCF) is a 68-year-old organization, which according to Vivian Oden, a spokesperson for the agency, is handling some $328 million plus investment funds fueled by donations from individuals, corporations and family philanthropists.
She admits she does not know the racial background of the fund’s investment participants, but the organization is seeking to recruit more African Americans and other groups to the fold.
The HRCF receives fund investments from donors who want to apply them to support various areas: institutions or individuals, scholarships, “designated funds,” fields of interest, restricted, donor advised or for “development or building of facilities”.
The foundation was established in 1950 as the first community foundation in Virginia, said Oden.
The exhibit will feature 22 panels with black-and-white photographs and narratives which provide insight to centuries-old cultural customs and beliefs about giving and generosity that—though rarely referred to as “philanthropy” in Black communities—have long been an integral and transformational force in lives and communities throughout American society.
The exhibit is the product of a collaboration of Valaida Fullwood and writer-photographer Charles Thomas.
Locally John and Audrey Settle are good examples of its theme.
The couple moved to Virginia Beach in 2003 from Richmond. She is a retired Philip Morris executive and he is a retired veterinarian. Each serves on several area boards and give their time and their money to various groups championing educational and social issues.. In 2015, they created the Dixon-Settle Fund for Women at the Hampton Roads Community Foundation.
“As philanthropists, we do what we can to support segments of the population most vulnerable,” said Audrey Settle. “We do it by volunteering, we support them financially and we seek to identify organizations and people that are in need of it.”
For a short video about the exhibit:

Here is the link to the exhibit website: http://thesoulofphilanthropy.com/