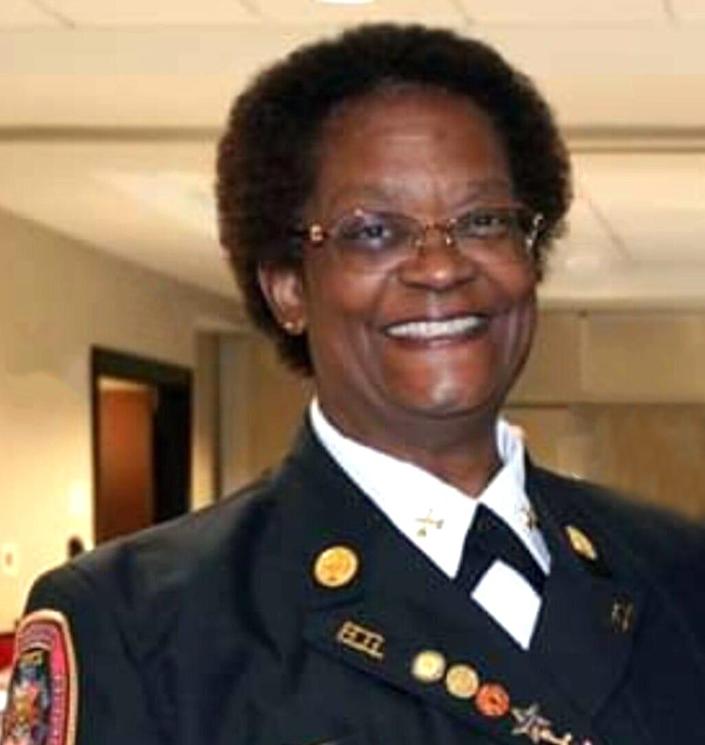 Tina R. Watkins is Petersburg’s first woman hired to lead the city’s Fire-Rescue Department and its first African American woman to do so. She will assume office on Jan. 31.

Watkins was selected from a pool of 13 candidates and will earn $110,000 a year, according to news reports. Watkins replaces former full-time Fire Chief Dennis Ruben who left in 2018 after only a year at the helm. He was replaced by interim fire chief Kenneth Miller, the city’s former chief of police who announced his retirement in September 2020.

Watkins, the new fire chief, served for the past 11 years as a battalion chief for Richmond Fire and Emergency Services where she supervised five stations and six fire companies.

“I am committed to providing unparalleled leadership and customer service to the citizens of Petersburg,” Watkins said in a recent statement.

“It is my goal to develop fire safety community programs and support ongoing professional development and training for all firefighters and rescue personnel. I will work to secure the new fire equipment needed to better protect the city.”

She holds a master’s degree in emergency management and executive fire leadership and a bachelor’s degree in public safety and business administration. She holds professional certifications through FEMA, the National Fire Academy, and the Virginia State Fire Program.

“Ms. Watkins has a proven track record serving in leadership roles with Richmond Fire and Emergency Services since 1988,” City Manager Stuart Turille said in a recent statement. “She rose to the top as the best qualified candidate for the position of Fire Chief in Petersburg.” Turille began as city manager in the fall of 2021, according to news reports.

Deputy City Manager Tangela Innis said, “Not only does Ms. Watkins have extensive experience in fire administration and field operations, she is a seasoned professional in budget management, enforcement of regulations, policies and procedures development needed to effective lead Petersburg Fire-Rescue with over 75 members and a $4 million dollar budget.”