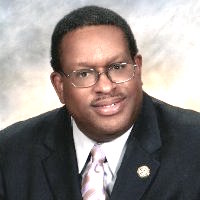 Helping to dismantle the system of electing council members because it deterred minorities from electing people of their choice.

Calling for reforms to the procurement system to give minority firms opportunities to compete and expand their share of city contracts to provide goods and services.

Educating voters on politicians who would support their interests.

Encouraging adults and youth to embrace their history and culture.

These are some of the pages in the legacy book of Ausborn Bruce Williams, 73, who passed recently after a brief illness, according to his wife, Helen Williams.

Williams, a native of New York City, was the CEO of Bruce Williams and Associates, a Virginia Beach-headquartered firm specializing in marketing consultation, advertising placement, and customer care consultation that he founded over a decade ago.

According to his bio, one of his first jobs was as a distribution manager with the New York Times.

He then worked as a marketing specialist with various firms of the cable industry: Westinghouse Broadcasting, Viacom, Cablevision’s TCI, and Cox Communications.

He lived in Boston, Washington D.C., Ohio, and Tacoma, Washington before his work with Cox Cable exported him to Hampton Roads.

After exiting the corporate orbit of Cox, Williams became Vice President of Marketing and Development for the Miles Agency, a Black-owned marketing firm in Virginia Beach.

It was founded by Delceno Miles, according to the March 29, 2000 edition of the New Journal and Guide, when he was first hired.

Williams eventually started his firm A. Bruce Williams and Associates in 2005.

According to his wife of seven years, Helen Williams, a former Baking Manager for the Farm Fresh Grocery chain, her husband used his intellect, outgoing nature, and concern to create business opportunities for himself and others; forged partnerships; and displayed leadership, and devotion to a variety of organizations, not only in Virginia Beach, but the region and statewide.

She met him in 2009, during the unveiling of a sculpture honoring her mother, Mary Elizabeth Ferguson, and the 244 Black men and women who did the hard labor of building the Norfolk Botanical Garden.

Bruce Williams was on the Botanical Gardens Diversity Committee and It ‘was love at first sight,” she said.

“His heart and soul was in family, church, community and helping as much as he could in each area,” said Mrs. Williams. “He was into history and ensuring that young people knew their history and heritage. He also had a passion for politics and, of course, cooking. When he asked me to marry him, I told him I could not cook. He said ‘fine I love it,’ and he was a fantastic cook of seafood.”

Williams was a Deacon at the Historic First Baptist Church, Bute Street where he consulted on many of the congregation’s enterprises, including the historic Shepard’s Village, the former Black-owned retirement home which closed due to financial stress in 2019.

Williams was honored for his work with the NAACP Area II, the United Negro College Fund, Norfolk’s Historic Hunton YMCA where he was a board member and the African American-Jewish Coalition, among other awards.

In 1997, when Dr. Marie McDemmond was named as the first female President of NSU, Williams organized a reception that over 700 people attended in June.

That community event planted the seed for the creation of the Committee of 200+ Men. Each year the organization stages an event where high school seniors are honored and awarded scholarships to attend college.

Williams was Vice President of the organization until his passing.

Pastor Gary McCollum offered this Biblical passage when he was asked to best sum up Williams’ legacy. “And I heard the voice of the Lord saying, ‘Whom shall I send, and who will go for us? Then I said, Here am I! Send me.’” Isaiah 6:1-13

McCollum, a former executive with Cox Cable who migrated to Hampton Roads, continued, “There are people who will talk, but will not do anything.”

He had “heard” of Williams’ work with Cox. But did not meet him until he arrived in Hampton Roads in 2006.

“He was into so many things,” said McCollum, who said he “consulted Bruce” when he ran for the State Senate several years ago.

“He was knowledgeable about the lay of the political and social land,” McCollum recalled. “He worked to make a difference whether it was diversity, equity, development, political engagement, and voting rights.”

McCollum and others interviewed for this article, said the late E. George Minns and Williams were two of the first to champion the abolition of the Virginia Beach at-large system of electing council.

Williams, as Vice President of the 200+ Plus Men and Chair of its Economic Justice Committee, began lobbying Virginia Beach to conduct a study to determine the disparity in the level of procurement contracts secured by minority firms, including women.

In 2011 Virginia Beach, conducted the survey and proved Williams’ assertion.

Virginia Beach, Portsmouth, and Newport News are the only three cities in Hampton Roads that have conducted such studies and applied reforms.

Rev. James Allen, a minister at New Hope Baptist Church, is the president of the Virginia Beach Interdenominational Ministers Conference. He first met Williams when the group approached the city with its 5-point plan to reform its policing policies.

Williams was one of the founders of the African American Political Action Committee, which after interviewing candidates in

person issued the” golden ballot” to endorsements because they supported the interests of the Black community.

“Bruce connected groups and people all over the region,” said Allen. “When we first met we clicked. I would call and we would talk five minutes on business and 20 minutes laughing and talking about many things.”

“If I needed to advise on anything, I contacted Bruce, because he would research my question,” Rev. Allen continued. “He was prepared to answer the questions. He was outspoken on many issues and he was not one to stand on the sidelines.”

Dr. Amelia Ross-Hammond is the Chair of the Development Committee of the Virginia African American Cultural Center and Museum.

Once the $10 million in funds are secured, it will be built on 4.8 acres of land off Newtown Roads in Virginia Beach.

Hammond-Ross said when she was “Chair, Presidency, and everything, I went before the Mayor’s Roundtable to seek support in 2015.”

“When I asked who would support us, Bruce was the first to raise his hands,” she said. “He worked hard to help us and moved from board member to President. We will honor him now starting with him being named President Emeritus.”

“He and I worked to convince the city to donate the land the center will sit on instead of leasing it,” she said. “At times, we would go and sit on a picnic shelter where the center will be built and talk like friends and brother and sister.”

She said Williams also solicited support from the area HBCUs. Starting with NSU, a Memorandum of Understanding for support for the proposed center was secured shortly before he passed.

Delceno Miles, fresh from Stanford University founded her advertising agency in the mid-1980s. Williams worked four and a half years with Miles before starting his firm.

“I met Bruce when we were the only two who looked like us on the Board of Area Boys Scouts of America,” she recalled. “He was from New York but Virginia was good for him.”

“As a friend or employee I never knew anything he was not ‘all-in’ to make a difference and better,” she said. “He had a heart for the less fortunate. He cared about the youth, the old, the good, and the bad. He was about advancing the African Americans community economically in any way he could.

“He was a servant-leader and That was his legacy.”

Follow us
In this article:Bruce Williams, Feature, Featured, Trending