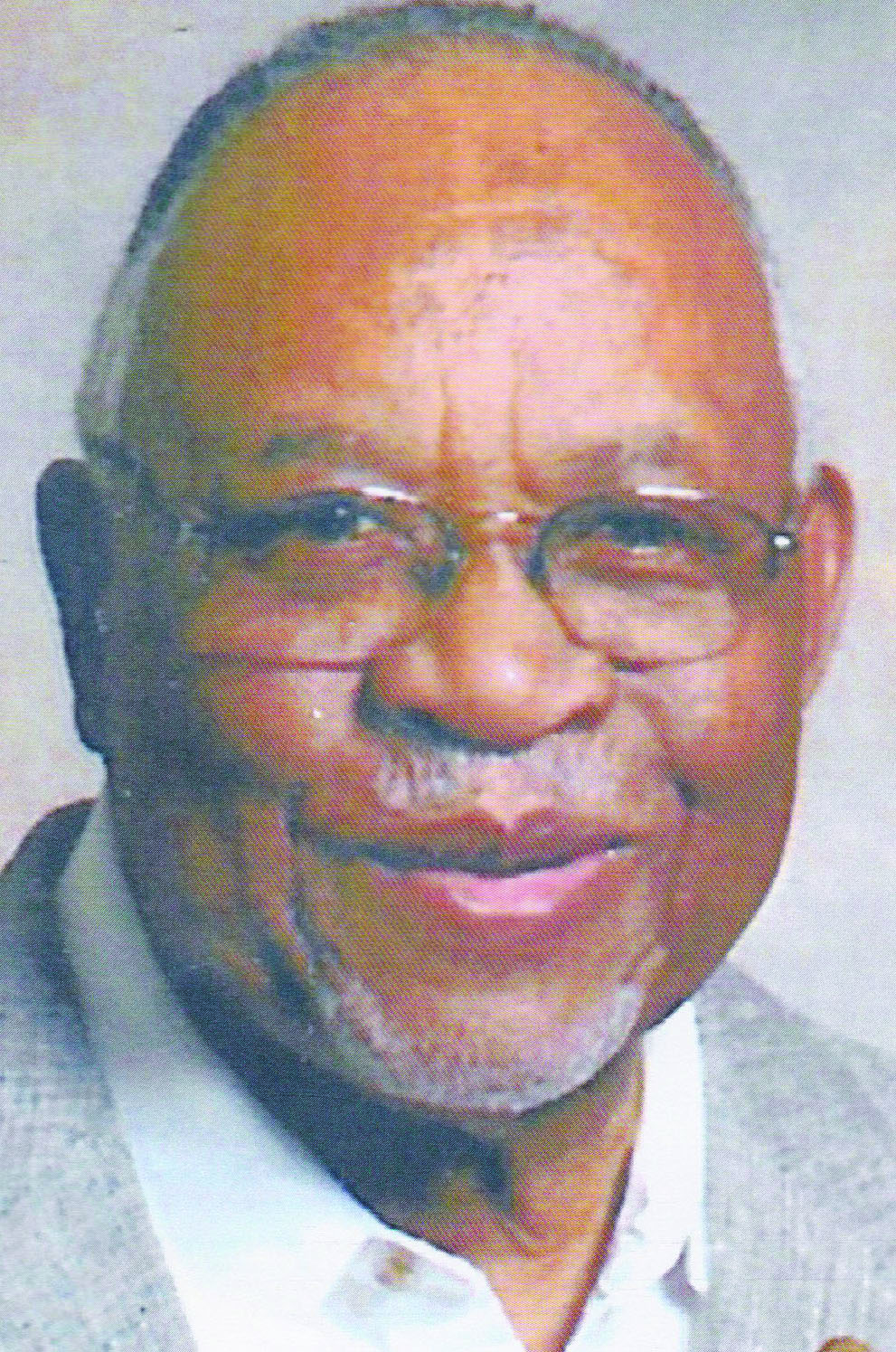 Hundreds of area residents turned out at St. John A.M.E. Church on Monday (August 1) to funeralize a long time and noted Hampton Roads citizen, George C. Crawley. “George Crawley, I think, historically, is the last of what we called ‘race men,’” said Dr. Cassandra Newby Alexander, an author and Professor of History at Norfolk State University. “These men believed in helping their people using their professional service to the community. George actively invested his own money and time into his community.”

In 1997, when Dr. Marie McDemmond was hired as the first woman President of NSU, there were those, according to Crawley in an oral history interview, who were resistant to her replacing the school’s long time President, Dr. Harrison B. Wilson. During the 2013 interview with Crawley for STOP, Inc., he said he noticed the reservations held by civic leaders and employees at the school.

Crawley said he called out to various civic and political leaders and groups and organized a reception to show support for the school’s new leader. “We had over 700 people to attend that event and I was really surprised, but it helped her (Dr. McDemmond) become a part of the community,” said Crawley, who died suddenly of a heart attack July 27. His action also helped her make the transition into the presidency at Norfolk State.

Crawley, 82, said that effort to roll out the welcome mat for McDemmond spawned the creation of the nonprofit civic organization, 200-Plus Men of Hampton Roads. It is a group composed of Black professional men and youths which addresses various issues in the region and raises thousands of dollars in scholarship money for local students. Just recently the group created the George Crawley Schoarship Fund through the Hampton Roads Community Foundation.

The creation of the 200-Plus Men is part of the long and distinguished legacy of George Crawley, who was born and raised in Newport News. Cynthia Crawley, his wife, said the couple met at Virginia State College. He was VSC’s football team manager and was majoring in economics. She majored in education and when they graduated in 1956, he received his commission to enter the Army. After the Army she said, he returned home and he ran a public housing community in the east end of Newport News.

The couple moved to Norfolk when Crawley landed a job as the Director of the East Ghent Project in 1963. The project was the first pre-Great Society antipoverty effort to help revitalize and improve the lives of the people who lived in that area’s then mostly poor and Black community, prior to its gentrification in the 1970s. Also migrating to Norfolk at the same time, five decades ago, was Father Joseph Green, who was the new Rector of the Grace Episcopal Church. He had served as Chaplain at St. Augustine’s College and was known for supporting students in civil rights activism.

“George was working over in Ghent and other projects, helping the poor,” recalled Green. “I recall when the early childhood development program (Head Start) came to Norfolk under the STOP organization and George had moved over there as Executive Director (in 1967). That was a good move because that helped STOP and the early childhood program flourish.” “George had excellent leadership and organizational skills,” said Father Green, who sat on the Norfolk City Council. “He did a great job at helping the STOP organization expand. He also did an amazing job as the first Black Assistant City Manager of Norfolk and later as an administrator at NRHA.” Green said Crawley helped develop the ideas for the city’s community centers such as the one which sits on Goff Street in the Huntersville community. It houses various city programs related to social services and recreational outlets such as an indoor swimming pool.

Cecelia Tucker recalled that she and her husband, the late Dr. B.J. Tucker, and George and Cynthia Crawley circulated in the same social and professional circles and became very close and loyal friends. Tucker works for the Department of Community Outreach at ODU. “George was involved so much in helping to develop Norfolk and Hampton Roads,” said Tucker. “I think his effort to help get Dr. McDemmond settled here and using that network to create the 200-Plus Men of Hampton Roads will be remembered as two of many important achievements that will highlight his life’s work and legacy.”

Mrs. Crawley recalled that her family was the second Black family to move into Norfolk’s Winona Section at the end of a cul-de-sac along shady Holley Point Road, in the early 1970s when Norfolk’s neighborhoods were still racially segregated. In 1969 Dr. James Newby Sr.’s family had the distinction of being the first, according to Dr. Newby Alexander. She and the Crawley’s daughter, Judy, were close and when Dr. Alexander’s father died in 1971, she recalls, “The Crawleys were very kind and giving at a very critical time for my family.”

A. Bruce Williams, the CEO of the A. Bruce Williams Associates, an advertising firm in Virginia Beach, is currently the Vice President of the 200-Plus Men of Hampton Roads.
Williams met Crawley, he said, when Crawley was working with the Norfolk Redevelopment and Housing Authority. “His legacy, I think is that people across the board respected and trusted George Crawley,” said Williams. “This is how he managed to recruit and organize a group of professional Black men from across the region to devote time and resources to the 200-Plus Men. In his work with STOP, the first Black Assistant City Manager, his work with NRHA or other projects, George demonstrated steady reliable leadership.”

From 1968 to 2000 Curt Maddox was the Vice President for Operation at NSU and one of the founding members of the 200-Plus Men. He recalls Crawley’s efforts to help Dr. McDemmond ascend along a welcoming path to the NSU presidency. “Every job he had…he demonstrated that special something that made him go one step further,” said Maddox. “He was a gentleman who could convince you to see his vision. He was not an ordinary guy, and this is why people followed and respected him.”

James Gray, who first joined the organization in 2005, is the current President of the 200-Plus Men of Hampton Roads. He was just recently elected to the Hampton City Council, and at one time, he was the city’s fire chief. “I did not know George until I joined the 200 Plus Men, but our careers were similar in that we were public servants,” said Gray. “I would reach out to him and seek his advice on career and other issues. He was a very inspiring man.”

Gray said the Scholarship Fund recently set up bearing Crawley’s name will be a lasting testament to the legacy and work of his friend. “That fund will make sure that the work of helping young men go to college will go on long after George Crawley and the rest of us are gone,” said Gray. “Through his work with the 200 Plus Men and other activities, Crawley inspired us all to give back to our community to create change and uplift our people.”

George Reed was the Chairman of the Board of the STOP, Inc. from 2010 to 2015. According to Reed, when the STOP Organization was formed in 1965, Crawley and Keith Williams were named, briefly, as co-executive directors of the agency in August. He said Melvin Humphrey was named as the first Executive Director the following month. After Humphrey left, Crawley was named Executive Director in 1967, a job he held until 1973.

“I have known George for 40 years starting with his work at STOP,” said Reed. “His life was devoted to public service at STOP, with the city or NRHA. Activism and helping people was the hallmark of George’s life and legacy.” George Banks of Berkley said he met Crawley before Crawley joined the STOP Organization, when he was working for one of the pre-Great Society anti-poverty programs that helped with the economic woes in Berkley and Campostella.

“George set up a food distribution and support center in Berkley before any of the antipoverty programs were started,” said Banks, who still leads the Beacon Light Community Housing Development Organization (CHDO) in the Berkley section of Norfolk. “We needed everything over here from food to helping people with money to pay bills,” said Banks. “George was a great organizer and leader. Above all he cared about using resources to help people. He was a gentlemen … and it was not about who got credit. It was about who could solve a problem.” Crawley left the STOP Organization when he was recruited to the Norfolk City government as the first Black Assistant City Manager. Among his duties was overseeing the Police and Fire Departments.