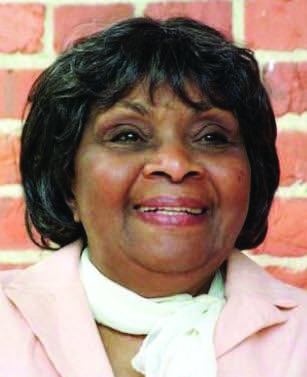 Long before Rosa Parks made history for refusing to give up her seat in the “colored” section of a public bus in 1955 in Montgomery, Elizabeth Jennings Graham performed a similar feat about a century earlier in Brooklyn.

Jennings Graham was running late for church in New York on Sunday, July 16, 1854. To get to the First Colored Congregational Church where she was an organist, she boarded a streetcar owned by the Third Avenue Railroad Corner. When the conductor ordered her to get off, she refused. Unable to force her off the bus, the conductor called a police officer who forced her off the streetcar.

“She resisted,” Horace Greeley wrote in the February 1855 issue of the New York Tribune. “The conductor … jammed her bonnet, soiled her dress, and injured her person. Quite a crowd gathered, but she effectually resisted. Finally, after the car had gone on further, with the aid of a policeman they succeeded in removing her.”

Still, Jennings Graham persisted. Not only did her story appear in Frederick Douglass’ newspaper, The North Star. She took the matter to court arguing that she had the right to ride on any available New York City streetcar. Although these companies were private and often operated segregated cars, her persistence paid off.

The next day, the Third Avenue Railroad Company ordered its cars desegregated.

So as the nation celebrates Women’s History Month in March, women like Rosa Parks and Elizabeth Jennings Graham help to put a face on this year’s theme: “Nevertheless She Persisted: Honoring Women Who Fight All Forms of Discrimination.”

The point is segregation on public-transportation did not come to a screeching halt. Instead, the practice came to a crawl and ended because many people of color persisted in protesting the practice.

The next leg of the journey starts about 2,600 miles ways about a decade later in San Francisco.

Specifically, Charlotte Brown sat down in a horse-drawn streetcar on April 17, 1863. She was on her way to see the doctor. Conductor Thomas Dennison asked her several times to leave. Each time, she refused. The conductor grabbed Brown by the arm and escorted her off the streetcar after a white woman objected to her presence.

Brown took the matter to court, according to the 1991 book, A Social and Cultural History of Black San Francisco by Douglas Henry Daniels. Brown brought a lawsuit against the Omnibus Railroad Company for $200.

Brown won her case, presided over by Judge Cowles, but the jury only awarded her $25. The conductor, Dennison, was convicted in criminal court of assault and battery against Brown.

In courtroom testimony Brown said, “The conductor went around and collected tickets and when he came to me I handed him my ticket and he refused to take it. It was one of the Omnibus railroad tickets, one that I had purchased previous to that time. He replied that colored persons were not allowed to ride. I told him I had been in the habit of riding ever since the cars had been running. I answered that I had a great ways to go and I was later than I ought to be.”

Three days after Brown left court, she was forced to leave another streetcar. She sued Omnibus a second time, this time for $3,000. When her case went to court in October 1864, Judge Orville Pratt upheld the earlier verdict in favor of Brown, ruling that excluding passengers from streetcars because of their race was illegal. He had no desire, he said in his ruling, to “perpetuate a relic of barbarism.”

In his ruling, Pratt said, “It has been already quite too long tolerated by the dominant race to see with indifference the negro or mulatto treated as a brute, insulted, wronged, enslaved, made to wear a yoke, to tremble before white men, to serve him as a tool, to hold property and life at his will, to surrender to him his intellect and conscience, and to seal his lips and belie his thought through dread of the white man’s power.”

A jury awarded Brown $500 in January 1865. The Omnibus Railroad Company appealed the verdict but was refused another trial.

Segregation on public transportation ended because other plaintiffs of color persisted. For example, San Francisco African-Americans like William Bowen and Mary Ellen Pleasant challenged the “whites-only” practices on privately owned streetcars. Their persistence paid off. In 1893, the California legislature officially outlawed streetcar segregation on statewide streetcars.

The next leg of the journey starts in a Greyhound bus in 1944 about 60 miles outside of Richmond, in Middlesex County. Irene Amos Morgan, age 27, a defense employee, sat down in the back of the bus and began the trip from her mother’s home, to her home in Baltimore. A half-hour into the trip, a white couple boarded the crowded bus. The bus driver demanded that Brown give up her seat in what the driver said was the “white section.” She refused.

In other words, when the bus entered Middlesex County, the driver ordered Morgan to move to what was now the “colored section.” Morgan refused.

The driver called the sheriff. When he tried to arrest Morgan, she tore up the arrest warrant, kicked the sheriff in the groin, and fought the deputy who tried to pull her off the bus.

Brown’s case slowly moved from the state, to the federal, to the Supreme Court, with the help of the NAACP Legal Defense. Finally, in 1946, the Supreme Court ruled 6-1 that Virginia’s state law of enforcing segregation on interstate buses was unconstitutional. The ruling said Virginia had no right to impose segregation beyond its borders.

The final leg of the journey helped to launch the Civil Rights Movement, which culminated in the passage of the 1964 Civil Rights Act (dismantled the Jim Crow system), and the 1965 Voting Rights Act ( banned poll taxes, literacy tests, and racial voting obstacles).

It happened in Montgomery about a decade after the Supreme Court said Virginia had no right to impose segregation beyond its borders. Specifically, Rosa Parks dropped her coins into the meter on the bus on Dec. 1, 1955. She sat down in an empty seat located in the first row of back seats in the “colored” section. After several white passengers boarded, the driver moved the “colored” section sign behind Parks and demanded that four passengers of color in the middle section move so that the white passengers could sit.

The rest is history. Parks resisted. Then she persisted. Years later, Parks said of that period in her life, “When that white driver stepped back toward us, when he waved his hand and ordered us up and out of our seats, I felt a determination cover my body like a quilt on a winter night.”

Interestingly, Parks was not Montgomery’s first African-American woman to refuse to move from her seat on a city bus in Montgomery that year. On March 2, a few months earlier, 16-year-old Claudette Colvin refused to give up her seat to a white passenger. She was arrested and became one of four plaintiffs in Browder v. Gayle, which ruled that Montgomery’s segregated bus system was unconstitutional. Colvin moved to New York City and worked as a nurse’s aide.