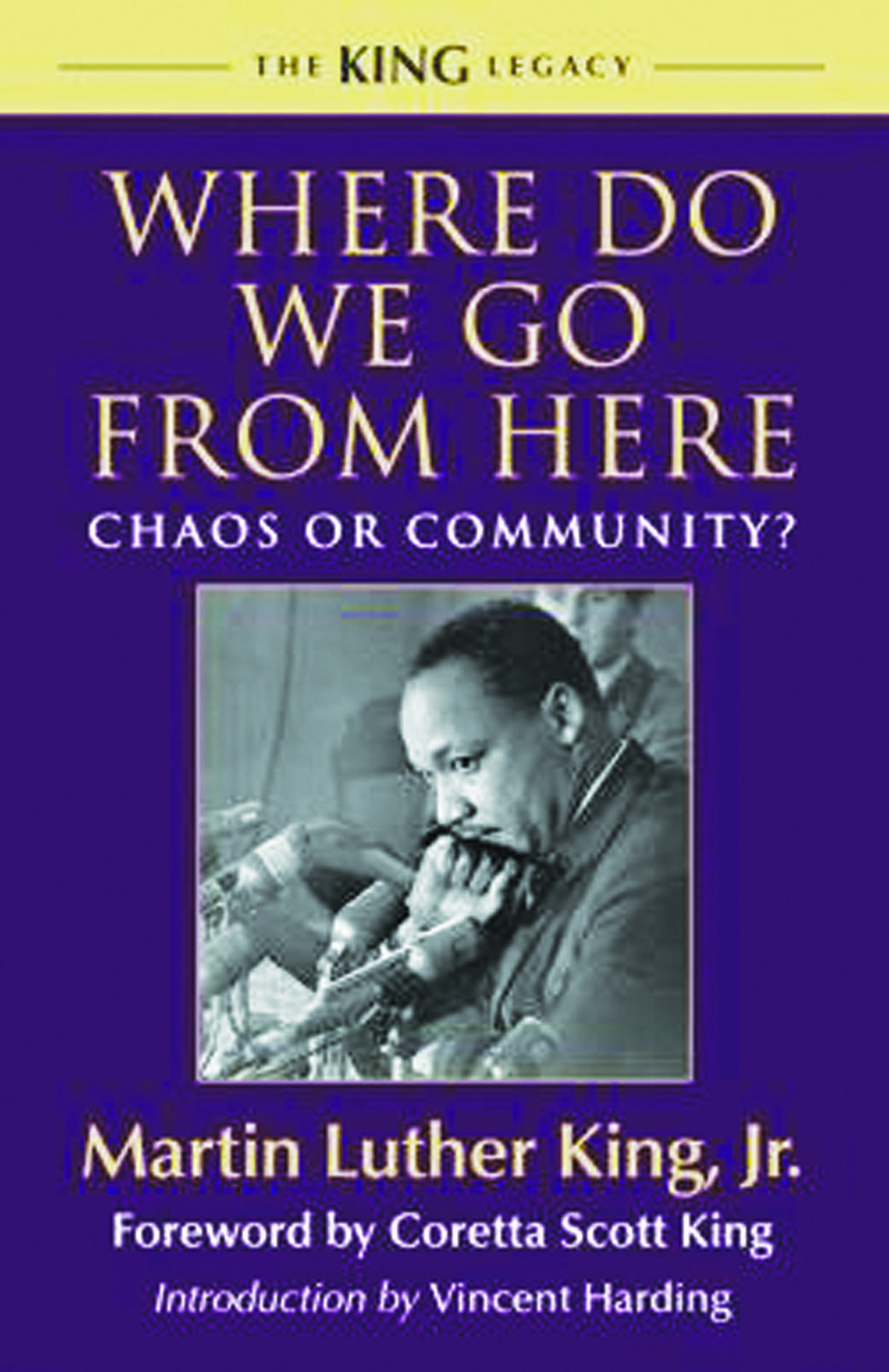 The Internet was launched in 1991; so the Rev. Dr. Martin L. King Jr. in his 1967 bestseller Where Do We Go From Here, could not have predicted that an increasing number of electronic surveillance programs would disproportionately target minorities in the coming decades.

Blacks, in other words, knew they were a target to many powerful, up-in-your-face public officials, including Birmingham Sheriff Bull Connor, who used intimidation, fire hoses and police attack dogs against civil rights activists.

Blacks also knew they were the target when Alabama Gov. George Wallace delivered his famous 1963 inaugural address. “I draw the line in the dust,” Wallace, said at his inauguration as governor on January 14, 1963, laying out his opposition to integration and the Civil Rights movement. “I say segregation today, segregation tomorrow, segregation forever.”

Blacks in 2017 are once again dealing with powerful, stridently vocal, up-in-your-face types. But they are not dealing with Birmingham Sheriff Bull Connor, Alabama Gov. George Wallace, or Arkansas Democratic Gov. Orval E. Faubus, who sent National Guardsmen to Little Rock’s Central High School to defy a federal judge’s desegregation order. There, Black students came face-to-face with armed troops when they tried to walk through the doors of the high school. Later, in a 1958 speech, Faubus said of his order (which President Dwight Eisenhower overturned with Executive Order 10730),

“I am proud of my role as a leader in the fight,” Faubus said. “I did not seek this role. It was thrust upon me in the course of events.”

Blacks today are at a familiar crossroads, as President Elect Donald Trump waits to be sworn in this month. During the 2016 Presidential race, several Republican candidates including Trump vowed to overturn many of the policies that President Barack Obama authorized during his two terms in the White House.

Blacks may not be dealing with stridently vocal types like Connor, Wallace, and Faubus. Instead, Blacks are dealing with vague shadowy figures who are working behind the scenes, and playing mind games. These types raise more questions than they answer. For example, who heads the nation’s phone tracking system? Or who heads the federal office that collects Verizon’s and AT&T’s phone records? Who heads the federal office at Arizona State University which launched the Center for Strategic Communication in 2004 to manage what the center’s website calls the “war of ideas?” Or who manages the nation’s No-Touch-Torture-Program?

Yes. It all matters said the Rev. Dr. Kirk T. Houston, senior pastor at Gethsemane Community Church, who served on the Norfolk City School Board from 2009-2015 and chaired the sometimes turbulent board for several years. “We are still playing catch up,” Houston said. “We can’t fool ourselves. Racism is alive and well. Many of the mindsets and practices that existed to restrict the advancements of African-Americans still exist now.”

Houston added, “We see it now with the Congress taking office. Repealing Obamacare – what is that about? It’s about who implemented it. This is real. The first thing we have to do is be informed and educated about what is going on in regards to the economy and legislative actions. We have to strive to have representation at the state and federal levels. We have to have folks in the Statehouses and the Capitol who represent the interests of Black and brown communities.”

The problem is the increasing number of electronic surveillance programs have proliferated to the point that mind games are secretly replacing up-in-your-face fire hoses, police attack dogs, and governors who drew clear lines in the dust, like Wallace did in his inaugural speech. Whether it is gang stalking – a type of mind game that inserts hostile operatives into a targeted individual’s workplace and personal environment to harass targeted minorities – or helicopters that hover over targeted minority neighborhoods.

The point is King said racism was the real enemy. Specifically, King described racism as a type of cancer in his 1967 book, Where Do We Go From Here. This means like hatred and racism fueled some public officials to order attack dogs, aim fire hoses, and even order National Guardsmen to target teenagers who were only trying to enroll in a formerly all-white high school in Little Rock during the Civil Rights movement. Obviously, electronic surveillance aims to achieve the same goal.

The point is 50 years ago, King said what many are saying in the current Black Lives Matter Movement. In graphic videos, BLM members encounter opposition, racial hostility, and violence from local law enforcement officials nationwide. “There is a dangerous cancer of hatred and racism in our society,” King said in his 1967 book. “We did not cause the cancer. We merely exposed it. Only through this kind of exposure will the cancer be cured.”

To put a face on the impact that hatred and racism still aim to wield in 2017, look at the facts. Black households on average will need 228 years to accumulate as much wealth as their white counterparts hold today, according to an August 2016 report on the racial wealth-gap by the Institute for Policy Studies (IPS) and the Corporation For Economic Development. For the average Latino family, it will take 84 years. “Absent significant policy interventions, or a seismic change in the American economy, people of color will never close the gap,” the report noted.

According to the IPS study, over the past 30 years, the average wealth of white families has grown by 84 percent, which is 1.2 times the rate of growth for the Latino population and three times the rate of growth for Blacks. “If the past 30 years were to repeat, the next three decades would see the average wealth of White households increase by over $18,000 per year, while Latino and Black households would see their respective wealth increase by about $2,250 and $750 per year,” the IPS study concluded. “Today, the lingering effects of generations of discriminatory and wealth-stripping practices have left Latino and Black households owning an average of six and seven times less wealth ($98,000 and $85,000, respectively) than White households ($656,000).“

In Norfolk, Houston said, “This data is a clear indication of how far we have to go. So, we all know that our level of education is a major determining factor when it comes to the ability to be prosperous. So if I am earning minimum wage and start a family, my wages determine the neighborhood, I will live in, the school my children will attend. Many of us, who were raised in poverty with stable support systems, go on to do well. But when we talk about income-earning ability that is often determined by your training.”

The Rev. Dr. Geoffrey V. Guns, who heads Second Calvary Baptist Church in Norfolk, said of the growing economic gap, “Many of the opportunities for economic success are consumed by white people. I say that because No. 1, there are job opportunities available. So, to keep Black people from prospering you must limit their opportunities. By that I mean opportunities for education, job training, fairness and equity in the legal system.”

Pointing to numerous studies that show segregated schools still exist, Guns said, “It is evident that if kids can’t succeed in school and get an education, they can’t compete.”
Guns said, “So you see this growing economic inequality that exists throughout the region and that is one reason why the famous football player ( former NFL player Bruce Smith) said he couldn’t get projects in Virginia Beach. (According to news reports, Smith said in his letter to the City of Virginia Beach, dated Nov. 18, “I have endeavored for ten years to do business as a real estate developer at the Virginia Beach Oceanfront … I have been met with unwarranted oppositions and refusals … Upon inquiry into why lucrative proposals have been rejected, I have received only the most evasive and nonsensical of answers in response.”)

Guns added, “The largest city in the state can’t seem to muster up more than 3-4 percent for minority businesses. So you can’t succeed.”

Guns said, “This is why I think the political, economic, and social environment is going to deteriorate for Black people. It’s not going to get better. The reason why is when you look at his (President elect Donald Trump’s) appointees such as (attorney general candidate) Jeff Sessions – He is not going to be fair and equitable,” Guns said. “Or look at his pick for the education secretary (Betsy DeVos) who is definitely in favor of school vouchers. That’s a death call for public education.”

Guns added, “Slavery was always about money That’s why slaves were considered to be property. There was value attached to a strong Black slave who could work all day – the stronger, the more value – weaker slaves were not as valuable. Being considered property kept the institution of slavery alive. So, we not only have been at this crossroads before–we never left.”
And this is where the mind games – (from the increased use of electronic surveillance) – come in. “The goal is to break the political will of the enemy,” Mark M. Rich wrote in his 2011 book titled, New World Order: Revolutionary Methods For Political Control.

“A silent war is taking place in cities all over the planet,” Rich wrote. “The technology of political control includes the use of advanced scientific techniques and technology to neutralize a state’s internal enemies. This type of control is directed mostly at the civilian population. It is not intended to kill but to coerce. It includes advanced methods for monitoring dissent, and devices for controlling protests, as well as new weapons.”