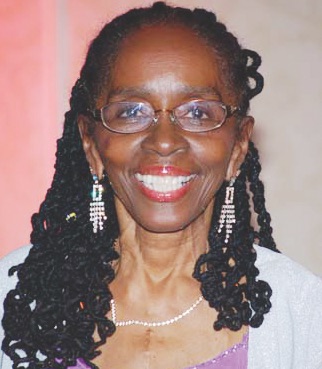 This week in part two, the New Journal and Guide posed the question, “Is hope therapeutic?” to Dr. La Francis Rodgers-Rose, and the Rev. Dr. Kirk Houston. Rodgers-Rose is a sociologist and university professor, who founded the International Black Women’s Conference. Houston is the founder and senior pastor of Gethsemane Community Fellowship Baptist Church, who served on the Norfolk School Board from 2009-2015.

The point is society often has unwritten rules, customs, and notions that can sometimes hurt people like trees, houses and cars may turn into projectiles during the hurricane season and injure people. Hurricanes and discrimination use familiar-up-in-your face stuff to injure. Injury may occur, in plain terms, because the trees, houses, and cars already existed in society, like laws, customs, and notions already existed in society, to support racial discrimination.

According to recent news reports, Fox Sports will not air any live anthem coverage from any other game except for the London contest between the Miami Dolphins and New Orleans Saint.
The recent announcement comes after “more than 250 players recently took a knee during the anthem to protest President Trump calling for NFL players to be fired for what he says is disrespect to the flag,” Sports Illustrated recently reported. “The Tennessee Titans and Seattle Seahawks chose not to even leave their respective lockers during the anthem.”

Allport put his finger on the same pattern 50 years ago. Each step enables the next, as people learn by doing, he said. In most cases, people do not get to the later steps without receiving support for their behavior in the earlier ones. Stormy racial dialogue, in other words, aims to cut some people down.

Dr. La Francis Rodgers-Rose, who heads the International Black Women’s Conference in Hampton Roads and taught African-American Studies at Princeton University for 16 years, said, “2019 will mark 400 years of people of African ancestry being in what is now the United States. . .Obviously, we cannot go through the entire history. . .but needless to say discrimination is more about the psychic of white people than the psychic of Black people.”

Pointing to how discrimination has negatively impacted the lives of people of color for many centuries, Rodgers-Rose said, “Perhaps this can best be seen in the latest data from the National Institute of Health, which shows that 43.8 million adults experience mental illness in any given year. This means that 1 in 5 adults experience mental illness and 1 in 25 lives with serious mental illnesses; 6.9 percent live with depression, 18.1 percent or 42 million live with anxiety.

So is hope therapeutic?

Rodgers-Rose, who is a clinical sociologist, professor, community leader, consultant and author, said, “When we think about the extreme outcome of hopelessness, suicide is the result. In 2015, the suicide rate for the white population was 15.1 percent per 100,000 and only 5.6 percent per 100,000 for the Black population, according to the National Centers for Disease Control. Whites are nearly three times as likely to commit suicide as Blacks are. If everything they say about themselves is true then how do you explain the vast differences in the suicide rate?”

Stormy racial resentment was building up, deep down, long before NFL players and some NFL owners publicly took a knee to protest police misconduct and other racial injustices. The storm was brewing long before Congresswoman Shelia Jackson Lee recently took a knee and delivered a speech in Congress that supported NFL players who are protesting racial injustice. Long before other athletic organizations, including Boston’s five major professional sports teams (the Red Sox, Patriots, Celtics, Bruins, and Revolution) launched a recently announced “Take the Lead” project at Fenway Park, which means all five teams are opposed to racism, hate, inequality, and discrimination.

The them-and-us-hurricane, in other words, was already on the horizon. For example, in mid- August, white supremacists held a protest in Charlottesville that left one woman dead, and 19 injured. The storm was on the horizon long before the president recently criticized minority athletes who protest racial injustice by taking a knee as the national anthem plays.

“The conception of a master race has grown to threatening proportions,” Allport wrote in The Nature of Prejudice 50 years ago. “Each individual tends to see in his in-group the precise pattern of security that he himself requires.”

And this is where hope comes in. African-Americans have often used protests, unity, hope, and humor to manage stormy discriminatory times–for example, the Dallas Cowboys recently used unity and protests by taking a knee. According to news reports, the players were joined by owner Jerry Jones, Coach Jason Garrett, other coaches and front office executives who took a knee in unison before the anthem, then rose and locked arms.

Meanwhile, Comedian Dave Chappelle recently used humor to address the storm. At the taping for Def Comedy Jam 25 in Beverly Hill, Chappelle looked out into the audience and asked, “If we told them what being Black in America is, would they believe us?”

Soon, Chapelle answered his own question. “F—k no, they wouldn’t,” he said to the star-studded audience that included Steve Harvey, Cedric the Entertainer, Tracy Morgan, and many others. “There’s a f—king white-supremacist starter kit at Target.” Chapelle said, “‘Let me get some tiki torches, some khaki pants and a f—ked-up haircut, I’ve got something going on next week.’”

Chapelle added, “It’s real right now. And have we seen it all before? Yep!” Houston, the former chair of the Norfolk School Board and the senior pastor of Gethsemane Community Fellowship Baptist Church said. “We have always been a spiritual people, it seems by nature.”

Houston added, “Consequently, our faith has always served as one of our greatest coping mechanisms and it has provided us with the strength and resilience to withstand discrimination while at the same time to strive ahead with a sense of determination. As Christians we have always identified with oppressed people or nations in the scriptures and trusted the God who fights for the oppressed and delivers.”

Houston said, “I think the words and actions of the current administration have awakened the average African-American’s consciousness because of its blatant rhetoric and actions. President Trump’s handling of the protests in Charlottesville, his comments regarding the NFL player’s kneeling during the National Anthem, and his cabinet appointments are just a few examples of the racist attitude that (prevails) in the leadership of our nation. I believe our senses have been awakened and hopelessness and anger have emerged, very similar to the Civil Rights era.”

A case in point are the phone messages that Cleveland Cavaliers owner Dan Gilbert received after Cleveland NBA player LeBron James said in a recent tweet, “I will lend my voice … passion … money, and resources to let (people) know that there is hope.” James’ tweet received 1.5 million likes and was retweeted more than 650,000 times.

Of the tweet, Gilbert said, “I received voice mails after LeBron tweeted that were some of the most vile, disgusting, racist [messages],” Gilbert recently said on CNBC’s “Squawk Box.” “There’s an element of racism that I didn’t even realize existed in this country this much.

“The thing is, I mean, some of the most disgusting things I’ve ever heard people say,” Gilbert continued. “And you could hear it in their voice – the racism. It wasn’t even really about the issue, and that’s what really got me, because they went to who they really are, some of them.”

The hurricane season ends in November but hope is timeless. The Bible says hope is an anchor for the soul, Houston said. “Hope can be therapeutic in that it always gives us something to look forward to, even in the midst of our discouragement and hopelessness. Hope also helps us to be resilient in the midst of setbacks and obstructions.”