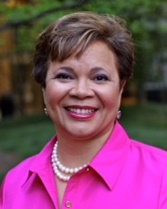 The way you pull a priceless family heirloom down from a tall shelf and blow off the dust, civic engagement is an old treasure many people are rediscovering.

Civic engagement is valuable because experts divide it into three categories: civic, electoral, and political. More important as demographics continue to shift nationwide and census records show whites are projected to become a minority in 2044, civic involvement’s worth could skyrocket.

Or look at the recent elections. Whether it was the record number of women who used Hillary Clinton’s loss in the 2016 presidential election to launch political careers, the increasing number of minority candidates who celebrated at victory parties in several states, or 65-year-old N.J. Assembly Speaker Sheila Oliver becoming the state’s first Black lieutenant governor, many candidates won because they decided to get involved. Oliver is now the second highest-ranking official in the State of New Jersey.

The impact of civic involvement comes sharply into focus as you scroll through numerous election-day success stories including one by Leigh Altman, who explained why she agreed to get civically involved and serve as the campaign manager for the Vi Lyles, who was recently elected to serve as the first African-American female mayor of Charlotte.

“I was galvanized to get off the couch and really get involved in local politics because of Donald Trump,” Altman told the Charlotte Observer. In other words, Altman got off her sofa and helped to change history. “We can’t leave it to other people because that didn’t work out so well,” Altman said.

Altman, 45, became chair of Precinct 9. Her neighbors and other Democrats joined the effort. On election day, the newly elected mayor won 290 more votes than incumbent Democrat Jennifer Roberts did in 2015, an increase of 85 percent.

Clearly, civic involvement helped Lyles win. The new mayor is a nearly 30-year veteran of local government who began as an analyst in the city’s budget department before becoming budget director, according to her website. She was assistant city manager for the city from 1996 to 2004.

Lyles won 58 percent of the vote, compared to 41 percent for her opponent, City Councilman Kenny Smith. “The size of the margin stunned Smith and even Lyles, who was significantly outspent,” the Charlotte Observer, added. “In October, a Spectrum News poll showed the race essentially tied.”

Lyles said of her victory in a recent news release, “It’s an incredible honor to be elected Mayor of Charlotte in such a historical election. As I’ve often said throughout my campaign, I can walk through any part of Charlotte, and I expect to be a mayor for all.”

Her win put African-American women in charge of the county’s biggest elected bodies. Democrat Ella Scarborough chairs the Mecklenburg County board of commissioners and Mary McCray leads the school board.

The point is people from all walks of life told similar stories on election day. Teachers, lawyers, techies, veterans, civil servants and at least one former TV news anchor said they won elections because they got involved. Black, white, Latino and Asian candidates, as well as transgender candidates from all corners of the state, rural, suburban, and urban alike got involved and made a difference in their community.

At her victory celebration, Lyles told her supporters, “We’re going to begin to talk about the incredible future that we have before us.”

The problem is the future does not necessarily resemble the past. And this is why civic engagement’s value should increase in the years to come. “Hawaii and the District of Columbia became majority-minority in 1980, California and New Mexico in 2000, Texas in 2004, and Nevada last year,” the Baltimore Sun noted in an Aug. 8 story titled, “U.S. Whites Will Soon Be the Minority in Number, But Not Power.”

The minority-majority shift is occurring nationwide. “The white share of Nevada’s population plunged from 83.2 percent in 1980 to 49.9 percent in 2016,” the Baltimore Sun noted. “Eight other states where whites now account for under 60 percent of the population will likely become majority-minority states in the next 10 to 15 years. Of these, Maryland is expected to be the next majority-minority state with whites constituting 51.5 percent of its population in 2016.”

The point is Lyle and others made history because times are changing at many levels. For example, more women decided to run for elected office after Hillary Clinton lost the 2016 presidential race. Specifically, according to the Huffington Post, 4,500 women decided to run for office within a month of the election and contacted She Should Run, a non-partisan organization. By February, that number rose to 13,000. Emily’s List, a PAC focusing on electing pro-choice Democratic women to office, saw a similar spike in interest.

In Virginia, Jennifer Carroll Foy 36, decided to run for the House of Delegates in District 2. She won.

Foy said, “Like so many people, I woke up on Nov. 9 (2016) in disbelief. . .I woke up, heard the news, and knew I had to run. I knew that there must be a response to Trump and the regressive, elitist Republican agenda.”

Foy continued, “From the moment I started running, people told me, ‘No, you can’t do this.’ They told me that I could not be a mother, an attorney, a wife, and a candidate. But I’ve been told ‘No’ my whole life.”

Foy reflected on the challenges she has taken on anyway. “I enrolled as one of the first women of color to attend Virginia Military Institute. When people told me I couldn’t win this election, I put my head down, ignored the naysayers, and got to work. We knocked on more doors, called more voters, and put in the time to win. There will be people who tell you that you shouldn’t run or that you will never win. Tell them, ‘Watch me!’” she said.

Another example of civic involvement’s worth surfaced in Hampton as 43 speakers attended a second public hearing at Hampton High School to express support for renaming Davis Middle School and the Campus at Lee. Nine said they did not want to change the name of the schools that are named after Jefferson Davis and Robert E. Lee, Confederate leaders during the Civil War.

The point is an outpouring of civic engagement led to the effort to change the schools’ names. It came on the heels of the white supremacist rally that was held in Charlottesville in August. The Hampton Branch of the NAACP and the Peninsula chapter of the Southern Christian Leadership Conference each requested that the schools be renamed, after white nationalists and counter-protesters clashed in Charlottesville, igniting a national conversation about Confederate monuments.

At the first public hearing in Hampton, 45 people were in favor of renaming the school, while six were against, according to news reports. After all 54 speakers expressed their concerns, Chairman Jason Samuels said their input would be reviewed and a decision made.

The next regular School Board meeting is 6:30 p.m. Dec. 6 at Jones Magnet Middle School.

Is civic involvement the wave of the future? It’s impossible to predict the future. Nevertheless, people from all over attended the two meetings to discuss renaming the schools that are named after Confederate leaders. The crowd included people from all genders, races and ages, as well as a large group of Hampton University students who expressed support for renaming the schools. Several Hampton City Schools students also spoke.