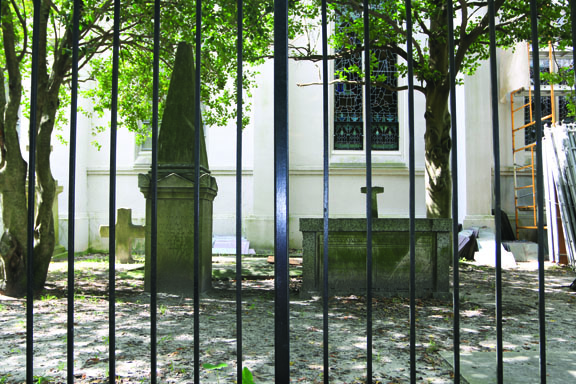 The Church of Saint Mary of the Immaculate Conception could focus on a number of studies that explain why a church declines or grows. One study on this trending topic was compiled in 2014 by the Pew Research Center. This study showed that the number of American adults who say they are Christian is declining, while the number who do not identify with any organized religion is growing. Specifically, the percentage of adults (ages 18 and older) who describe themselves as Christians has dropped by nearly eight percentage points in just seven years (since 2007), the report noted.

To Dr. Richard J. Krejcir, author of a 2007 report titled, Statistics and Reasons for Church Decline, many reports focus on symptoms, not causes. There are many reasons why churches grow or decline, Krejcir said. “What we hear … from most of our church leaders are the excuses of cultural decay and changing values. The bigger question seems to be what led up to these symptoms? What led to the problems of cultural decay and the downgrading of moral absolutes?

His report lists a long list of reasons (or symptoms) for church decline. For example, in 1900, there was a ratio of 27 churches per 10,000 people in 1900, compared to a ratio of 11 churches per 10,000 people in 2,000. Still, it was actually a symptom since each year more than 4000 churches close their doors. But only 1000 new churches open. The point is these changes are “taking place across the religious landscape, affecting all regions of the country and many demographic groups,” the Pew report noted. Neither the Pew study nor the 2007 report by Krejcir explains why St. Mary’s has existed for 158 years.

But, clues are everywhere. For example, on any given week day, you will probably see construction workers straining to paint a wall, apply plaster, restore a stained-glass window, or scale a scaffold. You will probably see men and women eating in the soup kitchen while staff members work in the adjoining church office. You will see the housing project that is located near the doors of the parish.

Do any of these clues point you to the right answer? St. Mary’s longevity is connected to its desire to create a sense of well-being inside and outside of the church. This was the same goal the founding parishioners had in mind in the beginning. And as the parish seeks to raise about $2 million for its restoration project which was launched in April, the Rev. James Curran explained why the parish has not declined.

“Our goal is to fix the church without impacting our services to the community,” Curran said. Pointing to studies on depression that show the brain’s reward center releases dopamine for up to 24 hours, in those who focus on others, Curran who has pastored the parish since 2012, said, “When we live according to the Maker’s design, we live in a state of well-being. When I arrived here, I found that those who were most alive were those who lived to serve others.”

Curran continued, “At this point, it would be great to partner with those who support what we do. We are seeking out donors. We are looking for people with kind hearts. It would be great to partner with people who support what we do.” Specifically, church growth occurs for several reasons, according to a 2005 study, Facts on Growth. “Not surprisingly, the proportion of households with children in the home is related to growth. More is better. However, the same cannot be said for the proportion of females among active participants. . .a higher proportion of women in the congregation is associated with decline rather than growth.”

In plain terms, churches grow by attracting a diverse group. Male involvement is critical, the report noted. A case in point is Brandon McClain, 25, whose parents brought him to celebrate Mass at St. Mary’s. “Now I love going to Mass every Sunday because if I have had a bad week, I am a totally different guy after Mass. It’s like going to a hospital or rehab. It gives me strength, raises my spirits and uplifts my faith.”

The point is growth must occur in the building, (and in the person), which is what happened to McClain, the son of Edward McClain (a Baptist) and Yolanda McClain (a member of St. Mary’s for 25 years). Their son earned his degree in social work at Norfolk State University in July 2016. He is employed as an in-home counselor for at risk teens. He has worked with St. Mary’s youth ministry, volunteering about three hours a week.

“The church has had a 100 percent impact on me and my family in many different ways,” McClain said. “For example, if I go to a party, it helps me keep my balance. Another example is I don’t do drugs. My parents taught me to be my own man, to not follow the crowd, to make my own decisions. I thank God for the church.” McClain said he sees growth not decline on the horizon for St. Mary’s. “I envision this church being for me the same thing it is now. It will always be home to me. It has changed my life forever and kept me from making bad decisions. It has helped me stay on the right side.”