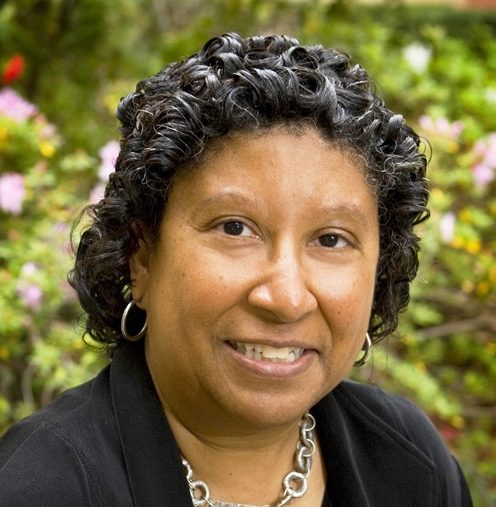 This means if you are often insulted, excluded, threatened, hurt, or mocked because of your race this kind of behavior can produce a domino effect. Studies show discrimination can launch depression, anxiety and a sense of hopelessness.

One study showed that discrimination harms the part of your brain that regulates emotions and stress. During the study, researchers recorded South Asian women talking about their experiences of being treated poorly. Researchers then had the women listen to the recordings while their brains were scanned using functional magnetic resonance imaging. The parts of the brain that responded as the women listened were the same as those that regulate emotions and stress.

Meanwhile, a new study in the Journal of the European Economic Association shows that local government officials in the United States are less responsive to African-Americans than whites. Researchers sent about 20,000 emails to local government employees in nearly every county. The emails asked basic questions like what are your hours of operation.

Black-sounding names on emails (like DeShawn Jackson or Tyrone Washington) were 13 percent less likely to go unanswered than those emails with white-sounding names (like Greg Walsh and Jake Mueller.

The point is this study clearly shows that racial discrimination happens in mundane interactions.

According to the study, the tendency to ignore emails sent by African-Americans was pronounced in sheriffs’ offices, but it was also evident in school districts and libraries. The study also showed that email replies to those with names that sounded African-American received 8 percent fewer polite responses than those with white names.

“We now have decades of research showing that when people are chronically treated differently, unfairly or badly, it can have effects ranging from low self-esteem to a higher risk for developing stress-related disorders such as anxiety and depression,” said Vickie Mays, UCLA Fielding School of Public Health professor in the department of health policy and management.

This means if you are watching a political rant about people of color on TV. If you are trying to contact someone in local government or if you are just trying to learn when your local library opens and closes, you may slowly succumb to a dark sense of hopelessness, despair, and stress. Worse, like dominoes fall, stress produces mental and physical disorders including depression, anxiety, post-traumatic stress disorder, hypertension, hypertension, and mortality. Research has also shown that discrimination is associated with, “silent indicators of poor health and premature aging, like allostatic load (the wear and tear on the body that accumulates as an individual is exposed to repeated or chronic stress), and cortisol dysregulation (a condition that makes patients complain of fatigue).

The problem is it easy to forget. Patience and tolerance can reduce wear and tear on the mind and body even when you are exposed to identity-based bullying, which is becoming increasingly common to the point that some who are targeted by bullies become a bully.

According to a recent study, some victimized boys believed they were doing a helpful thing when they teased another boy about his masculinity presentation, Britney C. Brinkman wrote in her 2017 book titled, Detection and Prevention of Identity-Based Bullying. “They believe(d) that they (were) helping to shape their peers to conform to society’s expectations for them,” she wrote.

Brinkman added, “Identity-based bullying is different from other types of bullying given that individuals are targeted because of some aspect of their social identity, such as their race/ethnicity, social class, gender, etc.”

In other words, people are being bullied today because they cannot change their skin color, ethnic background, social class, or gender.

Another example of identity-based bullying surfaced in a 2015 report on Mexican-American children in an elementary school in Los Angeles. These students reported being insulted verbally, excluded from group activities, and being threatened and physically hurt by classmates because of their language, ethnicity, or immigrant status. These youngsters also reported frequent racial name-calling.

A young Mexican immigrant told researchers, “In PE class, a lot of kids called me a beaner.”

A Norfolk native who grew up in the Berkeley neighborhood and was a Journal and Guide carrier as a youth, said you can stop the domino slide. The secret is to sidestep the new normal. In other words, don’t fall into despair, Dr. Aaron David Greeson III, professor emeritus at The Pennsylvania State University, said in a recent email. “The perceived white loss of moral righteousness underlies the various political, violent racial recovery efforts of the past 40 years. Many whites have correctly felt their racialized identities under siege; and are unable or unwilling to forge alternative relationships that create alternative identities.”

Greeson said, stay alert when you encounter micro-and macro-aggressions in your daily life. Remind yourself to remain calm. Aim to inspire, instruct, and lead others. Don’t give into despair.

“Clearly, this is not a new strategy,” Greeson said. “But, it remains central for the very fact that it is foundational to social life and activity. This strategy (remaining alert and calm) may include many different activities: family sharing, limiting one’s exposure to bad news, prayer, hobbies, and the like.”

In plain terms, discrimination is a stressor. This means bad treatment can increase vulnerability to illness, because certain kinds of stressors – those that are uncontrollable and unpredictable – harm your health. Specifically, discrimination is a social stressor that can launch elevated blood pressure, heart rate, cortisol secretions, and even influence cardiovascular disease risk by affecting nocturnal blood pressure recovery and higher systolic and diastolic pressure during the day, routine discrimination can become a chronic stressor that may erode an individual’s protective resources and increase vulnerability to physical illness.

Since countless studies show discrimination can cause unseen wear and tear on the body. Greeson recommended three anti-discrimination strategies. “First, self-care is critical,“ he said. “Be in touch with who you are and what you believe and are about,” This means reject the idea that you must take on the whole business of racism and social injustice alone, or all of the time.”

Strategy No. 2 – Develop a hobby. Greeson said he developed an interest in astronomy after the 2016 election. “The stars, universe, time, gravity – ideas kept me in touch with the world beyond the United States and racism,” he said.

“This strategy is intended, especially, for those who are not only confronting racial micro-and macro-aggressions in their daily lives, but also trying to inspire, instruct, and lead others in this shared project,” Greeson explained.

Here is strategy No. 3. Get involved with others who are committed to social justice. “This is a vitally important coping strategy because it draws on important extra-racial resources and energies that can not only aid our in-group recharging/renewal, but also help them to become more fully who they see themselves as,” Greeson said.

The secret is to develop positive coping strategies that will restore and connect you to others. “Feeling alone and sinking into solitary thoughts and behaviors are not the way to go, even though it is always worthwhile to seek renewal in solitary, reflective, meditative moments, too,” he added.

“I, personally, retired from teaching at a predominately white institution, in part, because of the negativity I saw preceding the rise of Trump, some of which I document in my research titled, ‘America’s Atonement.’ I also went into private clinical practice with a diverse clientele – including white males – who helped me see and be energized by both their humanity and their struggle to be active participants in social justice activism.”

The secret is to resist the fall into despair, Greeson said.