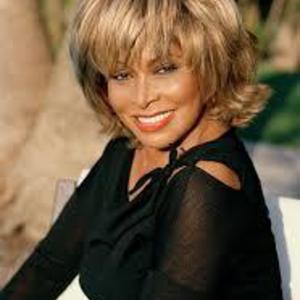 A psychologist did not teach legendary soul singer Tina Turner how to shut down her critical inner voice – the one that kept her chained to her abusive and bullying husband, Ike Turner.

This means Tina Turner did not visit a psychologist or flip through several scholarly studies that show the inner voice may sound critical one minute. The same voice the next minute sounds compassionate. While experts say the key to ending a bullying romantic relationship is to learn how to manage the inner voice, it is not an easy feat. For the compassionate inner voice tries to tell you who you truly are. It is a true expression of who you are. It should not be doubted. The point is the compassionate inner voice kept pushing and prodding until Tina Turner ended her abusive and bullying relationships with Ike.

“I had pity for myself.” Tina Turner said, referring to the inner critic that surfaced during her childhood, in a May 2005 issue of O Magazine. “That started way back when I felt my mother didn’t love me. A psychic in England told me that when my mother was pregnant with me, she didn’t want me. When I confronted Ma about that, she told me the whole story. When I was born, she felt trapped into staying with my father. I didn’t blame her, but I felt sorry for myself.”

The rest is history. Tina married Ike. He bullied and abused her for many years, according to her 1986 autobiography, I, Tina. Her book became the 1993 movie What’s Love Got to Do with It. But history changed. Tina was in a Texas hotel when she finally left Ike. Soon, she boarded a plane for California. “I got off that plane, I ran like mad,” Tina told Oprah … I had one chant in my head: I will die before I go back.”

The chant she heard, was her compassionate voice. “In court, during the divorce, he tried to give me a mean look,” Tina told Oprah. “I wanted to say, You’re such an idiot. ‘Do you think your vibes can even reach me now?’ He had no power over me.”

To explain the powerful inner critic and the compassionate voice, Tina said, “We’re caught in a stagnant belief system passed on to us from our parents.”

While you may overlook the role that your parents and your inner voice may play in maintaining a bullying romantic relationship,T. M. Luhrmann argues you must aim to manage both voices, in his book,Of Two Minds: An Anthropologist Looks at American Psychiatry. “The hearer is told to treat the voices with respect, just the way you would treat a roommate you cannot kick out, whose behavior you really want to change.”

This means listen closely. Respect the inner critic and the compassionate inner voice. But, notice how resentment and anger feed a bullying and abusive relationship. Dr. Steven Stosny, author of Love without Hurt, said in a podcast, “Resentment is a treadmill mood.” In other words, like a treadmill keeps going on and on. Anger is an emotion that makes you feel weak, threatened, and irrational.

“The more vulnerable we feel, the more threat we’ll perceive and the greater our anger – which is why wounded animals are so ferocious. Anger is the fire; hurt or vulnerability is the fuel. You must reclaim your unique core value, which is determined solely by you, not by how you are treated. You must heal first then decide if you want to move on.”

In other words, Tina Turner’s compassionate inner voice kept telling her to recognize and respect her core value. As she learned to respect her own self-worth, she rejected Ike’s bullying and abusive behavior.

“Much of the psychological dysfunction in the world in general – comes from substituting power for value,” Stosny explained. “Temporarily feeling more powerful by driving aggressively or shouting at your spouse is unlikely to make you feel more valuable. In fact, it usually does the opposite.”

This means like Tina Turner discovered she could silence her inner critic and empower her compassionate inner voice, you can notice five red flags that warn your spouse is a bully. Dr. Ronald E. Riggio said in an Aug. 30, 2015 issue of Psychology Today. “Name calling is common bullying behavior,” he said. The other signs are taunting, verbal and physical aggression, controlling behavior and putdowns in front of others.

“There are many motivations for bullying,” Riggio added. “Many bullies cover up their own feelings of inadequacies and low self-esteem by putting others down. Some bullies are egocentric and narcissistic, and uncaring of the impact of their behavior on others. Some spouse bullies were themselves targets of bullies, or may be bullied at work and bring it home.”

Stosny, meanwhile, added nine red flags. First, the bullying romantic partner is a blamer. Or the bully is resentful, has an entitlement complex, a superiority complex, is petty, sarcastic, deceitful, jealous or pushy. “Most severe relationship violence has jealousy at its root,” he added.

To end bullying behavior in a romantic relationship, stubbornly focus on your compassionate inner voice. This means pay attention to the train of thought that is urging you to notice your own value and worth. While the number of African-Americans who married declined from 64 percent to 55 percent among men and from 72 percent to 58 percent among women from 1970 to 2000, according to census data, Dr. Toneka Etienne said she shifted her attention away from her marriage, made her own personal growth priority No.1, and strengthened her marriage.

The point is like Tina Turner did not consult a psychologist, flip through scholarly reports, or pay attention to trends including a report from the Pew Research Center that shows a third of African-Americans older than 25 have never jumped the broom, a number that is four times higher than it was in 1960, open your eyes to success stories. For example, Etienne made her 10-year marriage stronger by focusing on her own core value. “I got a hobby,” Etienne wrote in the Huffington Post on Oct. 22, 2015. “I felt like something was missing and I needed to go out there and find out what that was. In the process, I rekindled my love of writing. I am now a blogger and just published my first book.”

This means Etienne chose to carefully listen to her compassionate voice–the one that told her to increase her own worth and value. And, it made her marriage stronger.

“My husband and I have been married for just over ten years now, and just like any other marriage, it’s had its ups and downs,” Etienne said. “But about five years into our marriage, a light bulb went off in my head. I know it may sound a bit counterintuitive, but I decided to place my own personal development and interests as a priority. And you know what? My marriage became stronger in the process. Here are four ways my selfishness made my marriage stronger.”