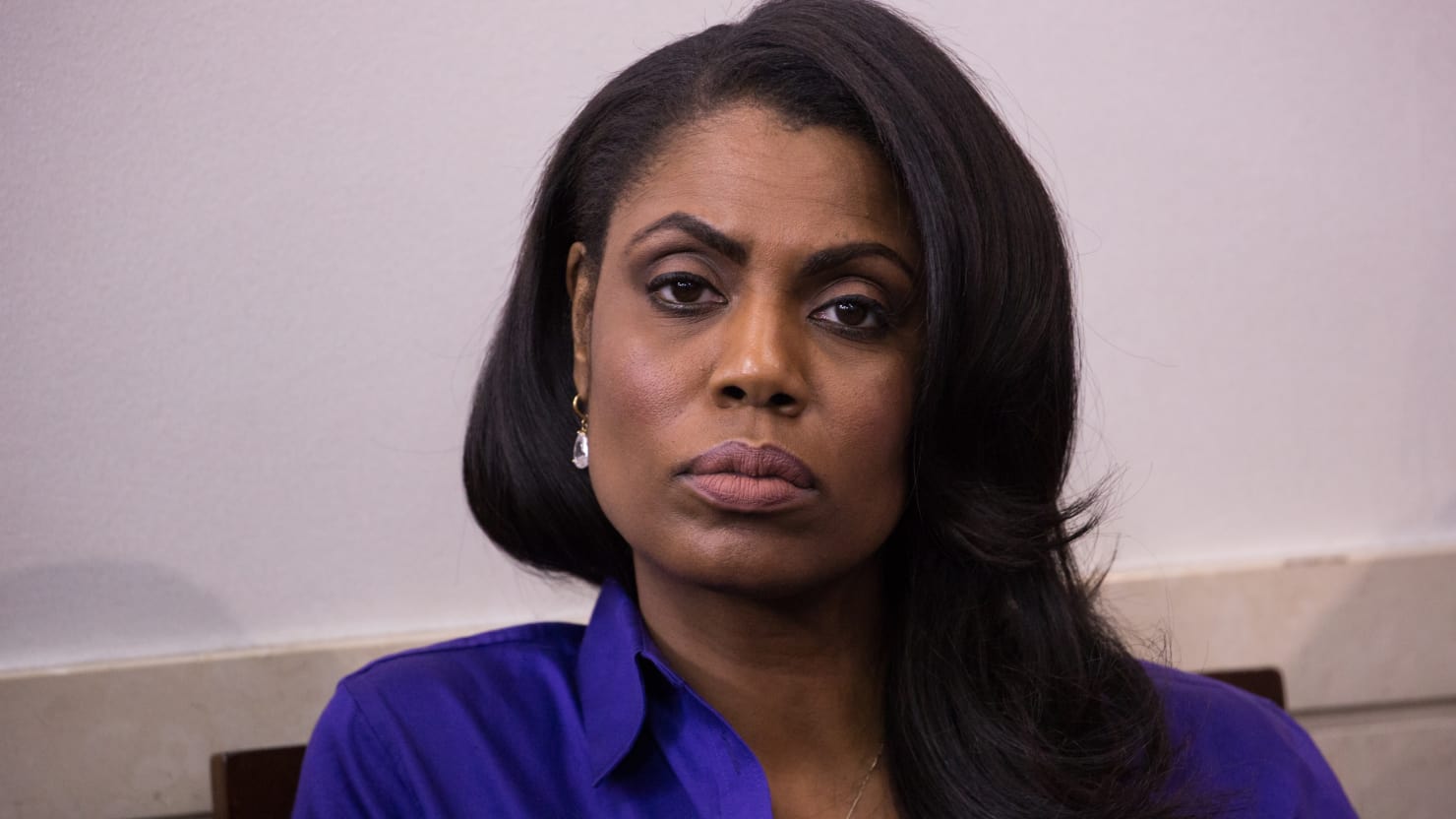 (TriceEdneyWire.com)
Omarosa Manigault Newman, who has resigned under duress from her public liaison job at the White House, is leaving true to form – amidst a cloud of controversy and with sparks flying.

The White House has confirmed her resignation effective Jan. 20. The official White House reason was that she is leaving to pursue “other opportunities.”

“Thank you Omarosa for your service! I wish you continued success,” says a Dec. 13 tweet from President Donald Trump, who had handpicked Manigault Newman – best known for her first name only. A personal friend of Trump’s, they have known each other 14 years since her national television debut on his reality show, “The Apprentice.”

But the full circumstances surrounding Omarosa’s departure remain cloudy at best amidst numerous reports that she was actually fired or forced to resign amidst cursing and a heated confrontation with Trump’s Chief of Staff Gen. John Kelly. She has only conceded that there was a tense conversation with Kelly in the White House Situation Room. Since his arrival last July, Kelly had limited her access to the Oval Office, where she initially had the freedom to come and go.

On ABC, the only media outlet that has interviewed her since the resignation, the clearly angry Omarosa said reports that she was fired are “a hundred percent false.” But, then she added, “But when I have a chance to tell my story to tell – quite a story – as the only African-American woman in this White House, as a senior staff and assistant to the president, I have seen things that have made me uncomfortable, that have upset me, that have affected me deeply and emotionally, that has affected my community and my people and when I can tell my story, it is a profound story that I know the world will want to hear,” she said, leaving an obvious cliffhanger.

Omarosa was reached to obtain responses on issues raised in this article, but she declined comment due to the fact that she is still a White House employee until Jan. 20. She was only allowed the interviews with ABC News.

Meanwhile, Black Republicans claim Omarosa blocked them from jobs in order to maintain her status as the “only African-American woman… senior staff and assistant to the president” as she described herself on ABC. Her actual White House title has been assistant to the president and director of communications in the White House Office of Public Liaison.

But her actual job description appears not to have been clearly defined. In interviews with the Trice Edney News Wire Black Republicans blame her for blocking Black job applicants from the Trump administration – including Republican stalwart Kay Coles James, who was appointed Dec. 19 as the first African-American and first woman president of the conservative Heritage Foundation.

“I was blocked personally. Essentially, my file was pulled and I wasn’t deemed pro-Trump enough,” says Eugene Craig. “The official excuse was that I wasn’t pro-Trump enough although I was the sitting chair of the Maryland Republican Party.”

Sources said because of President Trump’s need for loyalty, that attribute – loyalty – was among the top considerations for key White House positions. Craig admits that he was a “never Trumper all the way”, but that was during the campaign. Craig says he noticed that when the time came for consideration for jobs and the broad banner of Republicanism, White never-Trumpers were given consideration where African-Americans were not.

“The flood gates were opened, but Omarosa held all of us to a different standard. She had say over a lot of the Black resumes. I know for a fact from promises that she made us directly.”

“There were hundreds, probably thousands of resumes of qualified individuals in the Black community that were ready and prepared to go into any administration no matter who won the election. And when President Trump got elected, all of those names were submitted and Omarosa literally trashed those names. Nobody got a call back. Nobody got an interview. Nobody was ever heard about again. People tried to go in. People were eager and willing to serve the President, willing to serve our country.

In a brief interview with James upon her appointment as president of the Heritage Foundation, James was clear about why she did not go to work in the Trump White House.

“When Donald Trump said that he wanted to improve the urban areas and that he wanted to make the lives of minorities in this country better, I said, wow, if he wants to do that, I genuinely want to be a part of that and I was excited and hopeful the opportunity to come in,” she said. “But that opportunity never really afforded itself. I am told that I was blocked…I don’t have specifics about how that happened, but I was extremely disappointed that I didn’t have the opportunity to serve there.”

Connors said the clearest evidence that Omarosa was not going to work with other Black Republicans came in February when Omarosa was in charge of pulling together the Black History Month program for President Trump.

“During Black History Month, these credible Republicans such as Kay Coles James and J. C. Watts and Elroy Sailor, they tried to engage Omarosa.” Instead, Omarosa put an event together that included her personal picks of African-Americans, including Black Democrats, Connors said.

“She didn’t invite any of the prominent Black Republicans. In fact, we had folks calling us from the White House calling and saying, ‘Why aren’t your names on the list for this event?’ It was very evident from the beginning that she wasn’t going to work with us and that she was just going to do her own thing.”