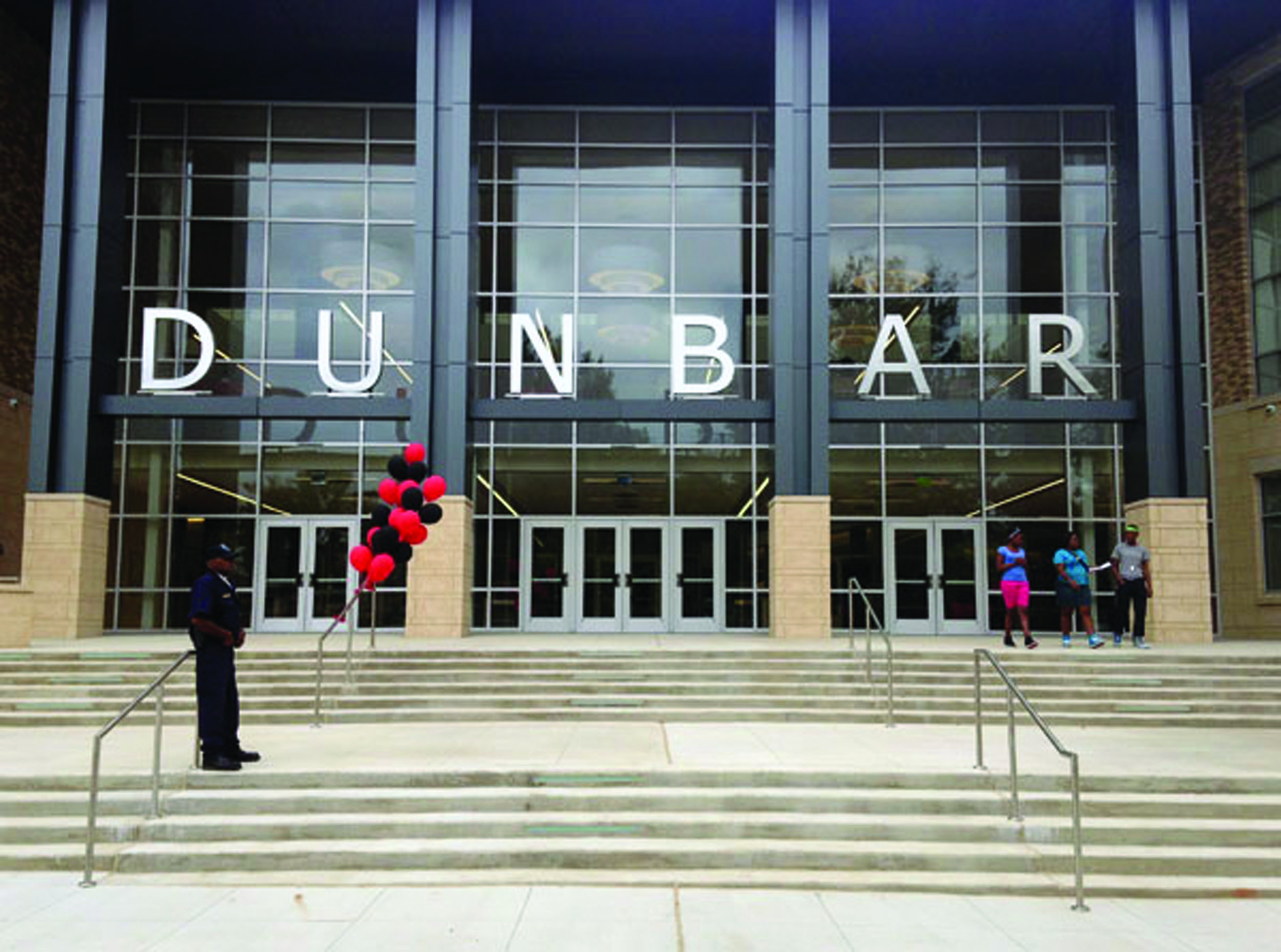 Black students who can read a fast-food menu, key codes into a cellphone, or use an office computer, may not know it was once against the law to teach people of color how to read and write.

This means the next time you fill out a voter registration application, apply for a mortgage, a bank loan, or rant on social media, think of the progress that African-Americans have made since Carolina passed the first anti-literacy-slave-law around 1740 in the United States.

Then, it was dangerous to teach people of color how to read and write. Whether it was Mary Battey, a white woman who was beaten after she launched a school in 1866 for 27 slaves in Andersonville, S.C., or Margaret Crittendon Douglass, a white woman who was jailed for one month in Norfolk after she and her daughter launched a school for free children of color in Norfolk in June 1852. Or Mary Richards, a mulatto who taught contraband slaves (refugees) at Miss Cooke’s School Room, which was located inside of a Confederate hospital in Richmond, called Chimborazo Hospital. The point is these three women bring the hazards of teaching slaves or free students of color sharply into focus.

“I wish there was some law here, or some protection,” said one teacher, Mary Richards. Born in 1841 near Richmond, Richards sailed in 1855 at age 14 to work as a missionary in Liberia, and returned to Richmond where she taught free slaves in the city. But she was living in dangerous times. Blacks who left Virginia seeking an education were prohibited by law from returning to Virginia but Richards returned. The Richmond Whig published details of Richard’s arrest, on Aug. 21, 1860, about five years before slavery was outlawed. The newspaper said Richards was “a likely mulatto girl, about 20 years of age, arrested for being without free papers.”

Still, millions of newly freed slaves yearned to read and write as they streamed from plantations and enrolled in many schools including one that Richards launched in 1867 called Saint Mary’s in Georgia. There, she discovered teaching people of color was still dangerous. Local whites exhibit a “sinister expression about the eye, and the quiet but bitterly expressed feeling that I know portends evil … with a little whiskey in them, they dare do anything,” she said in a letter to Gilbert L. Eberhart, the superintendent of education for the Georgia Freedmen’s Bureau.

Here, you see a clear crisis. However, the crisis is not the point, as the New Journal and Guide examines this year’s Black History Month theme: The Crisis in Black Education, in a four-part series. Instead, the point is the Chinese alphabet uses the same symbol for crisis and opportunity. In the Chinese language, the word “crisis” is composed of two characters, one representing danger and the other, opportunity. And this is where the big picture comes sharply into focus.

Scroll past the first, dangerous anti-literacy-slave-law of 1740, scroll past Virginia’s anti-literacy law of 1849, past mushrooming schools for newly freed slaves that were sometimes burned to the ground; and pause at the untold number of schools and colleges that were launched after slavery ended in 1865.

Overall Black high school drop-out rates stood at 15 percent in 2000 and dropped to a record low in 2013 (8 percent), according to the Pew report. This is a historical high, which began in 1959.

Blacks, in other words, now value education, like they did when Margaret Douglass and her daughter opened a school for free colored children in Norfolk in June 1852.

“We were at once overrun with applications, and our little school was soon formed, and well regulated, Douglass wrote in her 1854 book, titled, Educational Laws of Virginia: The Personal Narrative of Mrs. Margaret Douglass. “The children were punctual in their attendance, and under good discipline. My daughter paid strict attention to them, and they made rapid progress in their studies. Our school numbered twenty-five pupils, of both sexes, and continued in prosperous existence about eleven months. We made no secret of the matter, and never intended to do so, nor could we, had we desired to ever so much.“

About a year later, Douglass was arrested for launching her school in Norfolk. “I am indeed happy to say, although I was afterwards cruelly cast into prison and otherwise unjustly dealt with, I have the satisfaction of knowing that I suffered in a good and righteous cause. I was totally ignorant of any existing law prohibiting the instruction of free colored children, but, at the same time, I was careful to have no slaves among scholars.”

Douglass, in other words, shows the words crisis and opportunities connect to the past and the present, like the fingers attach to the hand.

Consider this. When the financial-aid crisis hit in 2009, Barmak Nassirian, associate executive director of the American Association of College Registrars and Admissions Officers, said in USA Today, “The financing system for college is in real crisis. Every one of the participants in the system is experiencing hardship.”

The math tells a lot the story about the financial aid crisis. Blacks who graduated college in 2008 owed an average $52,726 in student debt. Whites owed $28,006. Black grads are also more likely than whites to attend grad school within four years of earning their undergraduate degrees, and to do so, they must, again, borrow more. Black grads (50 percent) in 2008, entered grad school within four years, compared to 38 percent of whites. Blacks not only borrowed more than other students for the same degrees, but were more likely than white borrowers to drop out without receiving a degree, according to a 2015 report, The Racial and Class Bias Behind the “New Normal” of Student Borrowing. Norfolk State University Honors College student Aleta Annie Allen paused to define the words crisis and opportunity, “In a crisis a person is tested and faced with the choice of beating the odds or accepting defeat. Strong, brave and courageous people are the ones who say they want to beat the odds and create an opportunity for themselves.”

Allen, a 22-year-old senior finance major, heads the student honors program at Norfolk State. She is from Arlington, Va. She is a Washington-Lee High School grad and comes from a family of four. For three years, Allen has worked in the payroll office as a student intern but aspires to be an interior architect. She wants to knock “customers off their feet when they see a room I designed,” she said in a recent email.

“Enrolling in an HBCU helped me to rediscover who I am as a Black woman,” Allen continued. “I am a graduating senior and when I look back to the young lady I was freshman year, I can truly say I have a better knowledge of myself and the woman I want to be.”

Now, look briefly at all of the opportunities Allen has encountered as a student. In addition to fine-tuning her identity, she is gaining valuable hands-on training and developing leadership skills. Meanwhile, she and three other Norfolk State students had the opportunity to present a research project to a group of well-known mathematicians during a two-month program at Arizona State University. “This has been my favorite experience,” Allen said.

“How can you give in life if you are not educated,” asked Griffin, who became pregnant at age 16 and dropped out of Booker T. Washington High in the late 1940s.

In clear crisis mode at the time, in other words, Griffin said she sat with her newborn daughter on her lap in the auditorium at Booker T. Washington High School and watched her 17-year-old husband cross the stage and pick up his high school diploma. They married in January 1949.

“My husband who wanted a family, said he would drop out of high school to take care of his family but I urged him not to,” Griffin said. “Our oldest daughter who was born in April of that year (1949) was sitting in my lap during my husband’s graduation. That was absolutely wonderful,” she said. “He had wanted to drop out to support his family but I encouraged him to stay.” Her husband Richard worked for the United States Postal Service, retired in 1975, and passed in 2015.

“It‘s a two-way street,” Griffin said, aiming to define the faint line that snakes it way through the words crisis and opportunity. “You don’t get to keep your education,” Griffin said. “You become educated so you can give it away and help someone else.”

Griffin went to night school at Booker T. Washington High and earned her high school diploma in 1949 because her parents Vernon and Alice Wallace stressed education while she was growing up in Norfolk with her six siblings. “I had eight children before I was 30,” she said. “Going to college was not optional.

Still it’s tough for Griffin to tally up all the lives she has impacted through the years because she has assumed so many different caregiving roles: Wife, mother, nurse, and nursing educator,

“My oldest daughter is a successful realtor in Richmond,” Griffin said, still trying to count the number of lives she has impacted. “Three of my children have a master’s degree. My oldest son is a retired major in the Army. My youngest son owned a trucking company. I have 16 grandchildren, who are college grads. One of my grandchildren is completing a doctoral degree in public health administration. My oldest son is a vice president at Keene College in New Hampshire. I have a grandson who teaches at Livingstone College in North Carolina.”
Still trying to measure the ripple effect she has produced through the years, Griffin pointed to how she began working in low-income neighborhoods as a public health-care nurse. She has also taught classes on preventable diseases, medication, and self-care. About 15 years ago, she launched a nurse aide certificate training program for low-income students and helped hundreds become certified.

“The feedback I get is people phone me and ask me to recommend people who can come into their homes and help them care of family members,” Griffin said. “Others call me and ask for job recommendations. Often, people ask me to be a guest speaker or to be on panel discussion about health care. To me, what is so interesting is the time I had back surgery in 2010, one of my former students took care of me in the hospital. I received the best quality care. My motto has always been caring comes first.”