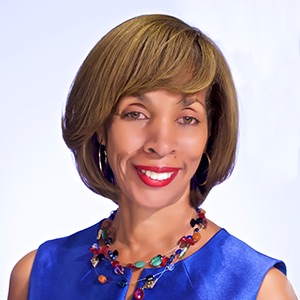 Harriet Tubman did not know she would become the nation’s first female, African-American leader in September 1849, the night she saw her master “turned around in the saddle looking at her” by the gate.

Susan H. Braford described that fateful night in her 1869 book titled, “Some Scenes in The Life of Harriet Tubman.” Specifically, Tubman saw the master,”turned around in the saddle … looking at her as if there might be more in this than ‘met the ear.’ Harriet closed the gate, went on a little way, came back, the Doctor still gazing at her. She lifted up the gate as if she had not latched it properly, waved her hand to him, and burst out.”

Tubman puts a face on the 2018 theme for Women’s History Month, “Nevertheless, She Persisted: Honoring Women Who Fight All Forms of Discrimination Against Women.“

In plain terms, Tubman had good reason to be in a crisis mode that night.

“It was whispered in the quarters that two of Harriet’s sisters had been sent off with the chain-gang. A negro from another part of the plantation came privately to tell Harriet that herself and brothers were to be carried off that night … The poor old mother, who belonged to the same mistress, was just going to milk.

Harriet wanted to get away without letting her know, because she knew that she would raise an uproar and prevent her going, or insist upon going with her.”

Stressed,Tubman stomped through the dark fields in her bare feet, and embarked on a nearly 90-mile journey that would impact many lives.

The point is Tubman did not aim to become a female leader that night. Worried about her next-of-kin, Tubman soon became ‘Moses’ to many because she escaped and returned to lead many slaves to freedom.

Describing Tubman’s subsequent rescue efforts, Bradford wrote,”She at one time brought as many as seven or eight, several of whom were women and children. She brought away her aged parents … I believe that Harriet succeeded in freeing all her relatives but one sister and her three children.”

The point is Tubman’s seemingly instantaneous transformation from timid slave to bold female leader did not happen overnight. Instead, it happened while she silently suffered through a long list of abuses. “I had reasoned this out in my mind,” Tubman said pointing to her mistress who repeatedly beat her with a whip. She pointed to the white man who threw an anvil at her head and caused her to suffer a permanent, life-changing injury. (Later in life, she underwent brain surgery at Boston’s Massachusetts General Hospital to alleviate the pains and “buzzing” she experienced regularly).

Still trying to explain the personal crisis that led up to that fateful night, she pointed to repeated prayers she had said for her master, until one day she prayed,“Oh Lord, if you ain’t never going to change than man’s heart, kill him, Lord, and take him out of the way,”

The same type of tiresome, crisis-fueled narrative surfaces in the lives of many of today’s African-American female leaders including Flint Mayor Dr. Karen Weaver. These days you will see the clinical psychologist and former small business owner strolling through City Hall shaking hands, signing papers, and meeting with constituents.

But Weaver came to office during a city-wide crisis. She beat incumbent Mayor Dayne Walling by 1,764 votes in November 2015 because the residents of Flint, Mich., were worried about the water crisis.

The Flint water crisis began in 2014 when the drinking water source for the city of Flint, Michigan was changed to the Flint River. “Soon after the switch, residents said the water started to look, smell and taste funny,” CNN noted. Due to insufficient water treatment, over 100,000 residents were potentially exposed to high levels of lead in the drinking water. After a pair of scientific studies proved lead contamination was present in the water supply, a federal state of emergency was declared in January 2016 and Flint residents were instructed to use only bottled or filtered water for drinking, cooking, cleaning, and bathing.

“Weaver took over as mayor during the height of the Flint water crisis after it was found that children in Flint were exposed to toxic water and had elevated blood lead levels since the state switched the city’s water supply from Detroit to the Flint River.,” the Flint Beat noted in a Nov. 5, 2017 report. “Weaver says she’s going to keep doing what we’ve started. We started on a journey some time ago to make sure that we took our voice back at City Hall.”

Another female mayor of color who assumed leadership during a crisis is Charlotte Mayor Vi Alexander Lyles. She is a 30-year-city employee who was a city budget director and assistant city manager. Lyles beat her Republican opponent, Kenny Smith, by more than 22,000 votes, with a final tally of 72,073, in November 2017.

She won in virtually every corner of the city, from the northwest to the southeast.

“Roberts found herself up against a suddenly reinvigorated Black Political Caucus, focused by last fall’s street violence (over the 2016 police killing of Keith Lamont Scott),” The Charlotte Observer continued. “She lost support among many white progressives, who saw her as increasingly divisive or ineffective. During the protests over the fatal (2016) Keith Lamont Scott shooting by a Charlotte-Mecklenburg police officer, she disappointed those who found her either too supportive of police or not supportive enough.”

In plain terms, Lyles became the city’s leader because Charlotte was in crisis mode. Lyles, a grandmother, pledged to represent impoverished children, to level the playing field for job seekers who face employment obstacles,and to increase the number of affordable housing units in the city. Lyles also said she plans to build trust between the community and the police.

In a sense, the uncertainty that Tubman’s enslaved relatives faced mirrors the concern that female mayors of color are increasingly articulating.

Baltimore Mayor Catherine Pugh is another example. The city was in a state of crisis before Pugh assumed office on Dec. 6, 2016. Since then, Pugh, a former state legislator, has made many changes including urging the General Assembly to strengthen a law that allows civilians to serve on panels that hear cases against police officers accused of misconduct.

Her city is infamously known for the death of Freddie Gray by six police officers who were exonerated. Pugh recently hired a new police chief, Darryl DeSousa, who is overhauling the police department that has been accused of killing unarmed citizens, robbing people, and manipulating overtime pay.

This is the point. Many modern-day female leaders of color are operating in strange, mysterious uncharted territory, like Tubman, who stomped through the dark fields, made the nearly 90-mile journey to the North, and returned to free others. During a ten-year span she made 19 trips into the South and escorted over 300 slaves to freedom from 1848-1851. Moses, as she was known, even rescued her 70-year-old parents.

Tubman never stopped caring. During the Civil War she worked for the Union as a cook, a nurse, and even a spy. After the war she settled in Auburn, N.Y., where she would spend the rest of her long life. She died of pneumonia in 1913, at about age 93.

And as millions cry loudly and silently today, female leaders of color continue to listen.

For example, newly elected Atlanta Mayor Keisha Lance Bottoms said in her inaugural address after she was sworn in Jan. 3 that she would work to fight homelessness, improve transparency at City Hall and create a senior-level staff position for education, The Atlanta Journal-Constitution reported.

Flint Mayor Weaver, Baltimore Mayor Pugh, and Atlanta Mayor Bottoms are among the ranks of 10 women of color who have been elected mayor since 2002, according to the Center for American Women and Politics. Lottie Shackelford was the first woman of color to be elected mayor of one of the nation’s 100 most populous cities, becoming mayor of Little Rock, Ark. in 1987.

So it all comes back to Tubman, who obviously was not talking about today’s current female mayors of color when she said, “Every great dream begins with a dreamer. Always remember you have within you the strength, the passion, and the patience to reach for the stars.”

But she could have been.