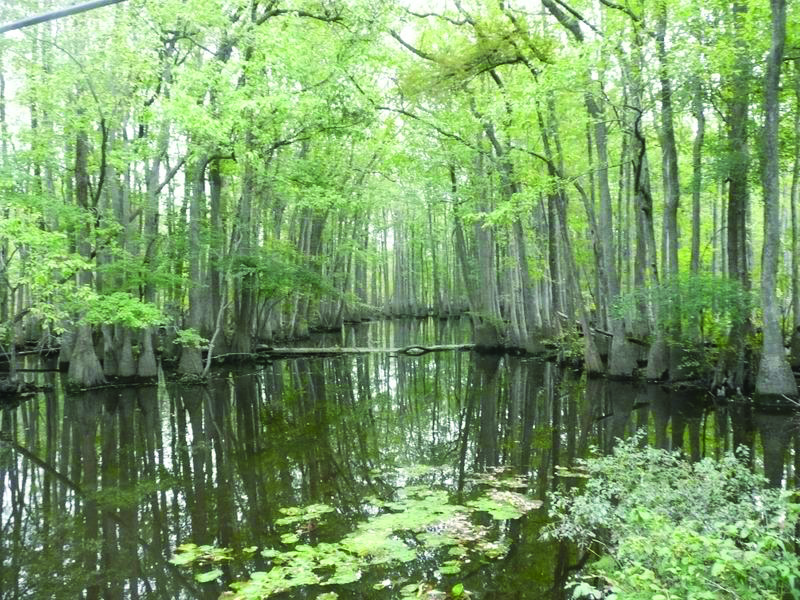 Dr. E. Curtis Alexander, local author, educator, and historian for half a century, has been slowly piecing together the many pieces of the history in Old Norfolk County.
Black families, like his, recorded and contributed to the civic, political, military, educational and religious history of that area from the days of the Revolution. Many free Black families who lived in areas of the Cuffeytown section of the county paid taxes at the time of the presidency of Thomas Jefferson.

In 1963, Norfolk County and the city of South Norfolk merged creating the city of Chesapeake. Portions of Norfolk County were annexed into Norfolk or Portsmouth, Suffolk and Princess Anne County. These included Titustown in Norfolk, and Kempsville in Virginia Beach, according to Alexander.
Dr. Alexander, the Curator of the Bells Mills Historical Research and Restoration Society, Inc. in Chesapeake, along with state and local persons such as State Senator Kenneth Alexander, Chesapeake Sheriff Jim O’Sullivan and past governors, have recognized a long and distinguished list of sacred and hallowed historical sites around the region, especially in Chesapeake or old Norfolk County.

The theme for the 2016 edition of Black History Month (BHM)) is “Hallowed Grounds: Sites of African-American Memories.”
“Many of the hallowed grounds in Chesapeake are basically unknown to the citizenry, both Black and White,” said Alexander. “So the theme is most appropriate for 2016, nationally. But we have been doing it for over 20 years. We can back it up with actual research for existing sites and those which are long gone with historic markers.”

For instance, the Dismal Swamp which includes Chesapeake is part of the legacy of Nat Turner of Southampton County in the minds of historians, because it has a link to the Civil War and the United States Colored Troops (USCT).
Alexander said the digging of the swamp’s waterway was one of the greatest examples of “slave-eneering” – forced Black labor created one of the greatest engineering feats in the United States.

The Great Dismal Swamp was a vital waterway of travel during the nation’s early days. There was a toll road and the house of the project’s Superintendent still stands off Dominion Blvd. in Chesapeake.
Oak Grove United Methodist Church, which has a mainly White congregation, is located at the intersection of Great Bridge and Battlefield Boulevards, which once was called the Great Roads into Currituck County, North Carolina.
The African Brigade, under the command of Brigadier General Edward A. Wilde and formed after the Emancipation Proclamation, allowed Blacks to serve in the Union Army during the Civil War.

It was split into two columns and were dispatched to pacify all of Northeastern North Carolina. At one point in December of 1863, Column One of the Brigade encamped on the way to North Carolina at the Superintendent’s house in Dismal Swamp.
At the same time, Column 2 encamped at Oak Grove. Eventually the two units marched to Northeast Carolina and helped free over 3,000 Black slaves at plantations in seven counties. The freed slaves settled at Roanoke Island.

Others joined the African Brigade, including Cuffeytown natives Private Dempsey Smith and Walter Smith, who still have hundreds of descendants living in the area to this day.
Freed Black troops marched and fought to show they deserved freedom, and they fought to free other Blacks who were enslaved.
Today, thanks to Dr. Alexander and the Bells Mills group, many of the sites which no longer exist are recognized with historic markers sponsored by funds collected by the organization.

At the Naval Support Activity Norfolk-Northwest Annex in Chesapeake sits the Bethel Baptist Church Cemetery. An Afro Union Civil War Trail Marker was placed on the east side of the base’s chapel to commemorate seven Black heroes who fought and died during the Civil War.

The Sergeant March Corprew Family Memorial Cemetery on Bells Mills Road, according to Alexander, is the oldest active cemetery in Chesapeake that was established in the 19th century by an Afro-Virginia Union Army Civil War veteran.
Sergeant Corprew served in Company I, 2nd Regiment USCT from 1863 to 1866. The company fought in the battles of Suffolk, Petersburg and Chaffin Farm/New Market Heights and in Texas.

Located there are memorial markers for USCT “Unknown and Known Afro-Union” Civil War Soldiers Memorial. Those buried at the site were residents of Norfolk County at 1001 Bells Mills Road.
Among the 12 markers are two for Medal of Honor recipients Sergeant James Miles and Littleton Owens from Princess Anne County. Owens served two terms in the Virginia House of Delegates.
Jeremiah Locker Street in the Bells Mills area is the only public street in Virginia renamed for USCT member. Private Locker, who served in Company F of the USCT.

The Cuffeytown Historic Cemetery in Chesapeake is the oldest repository of Afro-Virginia Union Army Civil War Veterans buried in a non-government-sponsored site. The famous Cuffeytown 13 are buried at the site. They were volunteers of mostly Free-born Blacks who served in the Union Army and fought various battles during the Civil War, including Suffolk and Petersburg.

Norfolk County saw the creation of churches and schools for Blacks before and after the Civil War. Since the area was controlled by Union soldiers during the war, starting in 1862, the freed Black communities were able to form the institutions without resistance from Union forces.
Alexander said the Cuffeytown section of Chesapeake is the oldest community of free born Africans in the Commonwealth and has a wealth of burial sites, churches, and schools built for and by Blacks.

The Gabriel Chapel AME Zion Church was built in 1866 in Norfolk County on the Cuffeytown section of the community. Divine Baptist Church, built in 1862, and Willow Grove Baptist Church in 1854 (about), have the distinction of being founded and pastored by Rev. Charles Hodges, who represented Norfolk County and Portsmouth in the Virginia House of Delegates from 1869-1871. That was the first year the body operated after the Civil War under the new Constitution.

According to Alexander, First Bethel AME Church was organized by slaves as a “bush church” in secret in 1855 to deter Whites from detecting it. It was the first church organized by slaves in Norfolk County area, at the foot of the old Steel Bridge on Cedar Road, near the Veterans Bridge. There is no historical marker for it.

In two rooms, it provided education from first to 7th grades with two rooms. The Bells Mills School League, the Rosenwald Fund and the Virginia Commonwealth, funded the school.