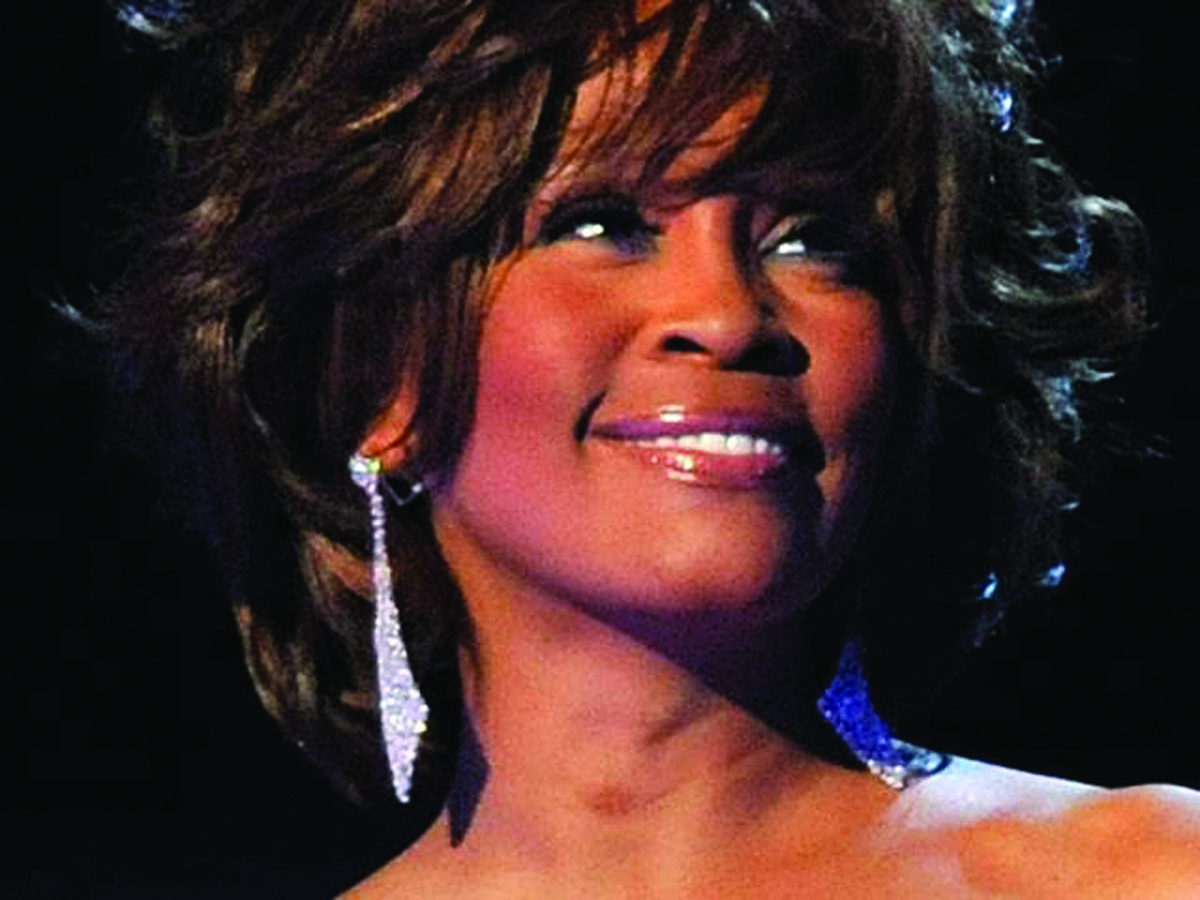 As Whitney Houston skillfully hit highs and lows in her hit song, “I’m Every Woman,” it’s easier to understand why the Strong Black Woman (SBW) mindset can trigger depression, mood disorders, obesity, and trigger confusion in many men. “Whatever you want, whatever you need,” Houston croons. “Anything you want done, baby, I’ll do it naturally ‘cause I’m every woman,” sings Houston who died in 2013, at age 48 from drowning and the effects of atherosclerotic heart disease and cocaine use, according to The Los Angeles County Department of Coroner. Shifting from a slow to an upbeat tempo in her record-breaking 1992 Bodyguard soundtrack, Houston sings, “I‘m every woman. I can read your thoughts right now … I can sense your needs ‚Cause I‘m every woman.”

This means if Houston is describing the mask that most SBW wear in public, then Dr. Tamara Beauboeuf-Lafontant surgically removes it in her 2009 book, Behind the Mask of the Strong Black Woman: Voice and the Embodiment of a Costly Performance. She interviewed 58 African-American women, ages 19-67, from 2001-2006; but she had to use facial expressions, innuendos, and body language to probe the voice behind the mask because so many SBW only speak clearly inwardly.

“I encountered the existence of three voices: accommodation, muted critique, and recognized vulnerability,” Beauboeuf-Lafontant wrote. “Women’s commitments to the discourse, however, override their growing awareness of the enormous energy involved and costs incurred in appearing strong. As a result, the presence of this voice in their talk rarely interrupts Black women’s outward adherence to strength.” In other words, the mask hides a deep inner conflict. This means it sounds confusing because well, it is totally perplexing to not only SBW. It is confusing to many of the men who know them.

Or just open Beauboeuf-Lafontant’s book and take a quick look at Crystal, a 38-year-old fashionably dressed, single parent of two, who attends an urban university. “A lot of people tell me that (I’m strong),” Crystal said. “Like when my mom passed, I didn’t cry (voice quivering). And, one of my brothers said that, ‘I’ve never seen her cry. … I lost my husband … Well, it’s been ten years ago. I haven’t been married (since).”

As Crystal continues to talk, the mask slowly falls aside. “And my mom said that she was worried about me at first, but she see I’m doing fine. And I noticed my family would, when she first passed, they would be lookin’ at me and. . .I’d turn around and say, ‘What are you lookin’ at me for?’ (said quickly in a high-pitched, exasperated voice). You know, everybody’s trying to figure me out … And maybe they think that I’m keeping everything under control, so I’m a strong person, despite whatever.”

The point is Crystal finally articulates her true feelings. “Deep down inside, you don’t be feeling that way. You be feeling like life is just biting you up or something.” This means if you place all of the burdensome obligations that Whitney gaily sings about in her hit song, next to the painful real-life burdens that Crystal describes, it’s easy to understand why SBW can confuse a lot of people, including men. Suffolk poet and writer Nathan Richardson said, “I think men would say that we experience emotional stress in our communications with Strong Black Women from the stress that they are under from working, being single-parent mothers, and feeling they have to do it all by themselves.” But Richardson challenged the largely self-sacrificing SBW mindset. “I think many women have developed a self-supporting network,” he said. “But more women should consider reaching out to ask men for help more often. They may find we are more willing to help than they think we are.”

To honor his mother, another Strong Black Women, Richardson wrote a poem that compared his mom to Coretta Scott King (please see sidebar). But, this is the point. What does Richardson think of the clear disconnect that surfaced, after Whitney ended her flawless performance, and Crystal finally dropped her mask? Why did she talk about her real-life problems via facial expressions, body language, and innuendos?

Richardson said, “I think the problem is you can start believing your own hype. You can start believing that you are a superwoman who can do all of these things without help from other women or the men around you. It is a media-driven mentality that supports this kind of thinking.” Richardson said, “Men in my circles admire the black woman. And we accept responsibility especially for her and our children. What we are really concerned about is the culture of the woman who on the one hand says she is a superwoman. You know the type who is super nurturing to the point that she takes care of everybody, including the man.”

Richardson said he has seen women driving men, who sit on the passenger side. “The men sit with the seat all the way back chilling. The women buy them clothes, pay for their cellphones. It is the superwoman mentality. It is a detriment to her. It harms her. That is why I say you can’t believe your own hype. You can use it for self-affirmation, but if it becomes dogma that you buy into wholesale, you lose touch with reality because you are human.”

Richardson offers one side of an often volatile conversation. Graphic conflicts surface on social media: Women and men of color routinely snarl at each other, like two Pitt bulls. For example, one woman Kui Mwai aimed to put her finger on the real conflict in a Sept. 23, 2015 post on Law Street, “Black women have taken on the social issues that have plagued black men for the last couple of decades. However, this support is not reciprocated.”

Meanwhile, Matthew Lynch said of the conflict between men and women of color in a post on Black State.com titled The Top Ten Reasons Why It’s Hard to Date a Black Woman, “Black men can just about have their pick when it comes to choices in the dating arena,” Lynch said. “We as a race are puzzled to some degree as to why we are no longer interested in each other. Have we become bored?” Then Lynch zeroed in on what he considered two real problems: A rise in interracial dating and the SBW mindset. Of the SBW mindset Lynch asked, “Are we intimidated by women who can take care of themselves and/or are we turned off by women who hold a strong sense of sense of independence?”

Lynch said of the increase in interracial dating, “I think it’s so funny when I see or read about these Black male celebrities getting ripped off by these white women. They marry them, have kids, then in less than two years the white woman is divorcing them, and walking off with half of everything like that wasn’t her plan from Jump Street.” Lynch listed five reasons why some men of color will not date women of color. Black women make (their) men feel underappreciated, Lynch said. Black women are too aggressive. Black women are strong headed, too independent. Black women are masculine … controlling and like to run the relationship. Black women expect too much.”

Thankfully, scholarly reports and census data put a therapeutic spin on this age-old conversation. For example, a Jan. 1984 report in the Journal of National Medical Association showed that men and women of color “have many similarities and few differences.” Depression strikes men and women of color equally, according to the report that surveyed 93 psychiatrists (52 Black and 49 white psychiatrists). “Apparently women are more depressed than men, or at least say they are,” the report continued. “Depression begins at a younger age for women and (they) have more episodes.” For both men and women, racial discrimination was reported as the most frequently occurring problem.

Pointing to only a few differences between men and women of color, researchers said men and women seemed to have uniquely different private inner conflicts. Black men most frequently were concerned about an unconscious aggression/passivity conflict. Black women meanwhile most frequently were concerned about high or low self-esteem, which ranked second with men.
“Often the self-esteem of a woman was related to a relationship with a man,” researchers noted. “It is interesting to note that in this study both sexes actually had the same self-esteem score.”

But men and women of color may experience private inner conflicts for good reason. Unemployment is higher among people of color. Black women are more likely to hold hourly wage jobs, work part time and experience a 64 percent gender pay gap, according to Department of Labor records. Meanwhile, 1.5 million Black men between the ages of 25-54 went missing, according to an April 20, 2015 story in the New York Times.

“For every 100 Black women, ages 25-54, there are only 83 Black men,” according to The New York Times. “One out of every six Black men between 25-54 has disappeared from daily life.” The imbalance starts in the teen years, widens, and peaks in the 30s. Perhaps, this is another reason for the hidden inner conflicts. In a 2013 NPR poll, researchers asked nearly 1110 African-American ages 18-49 if they were looking for a long-term relationship. Surprisingly, 57 percent said they were not.