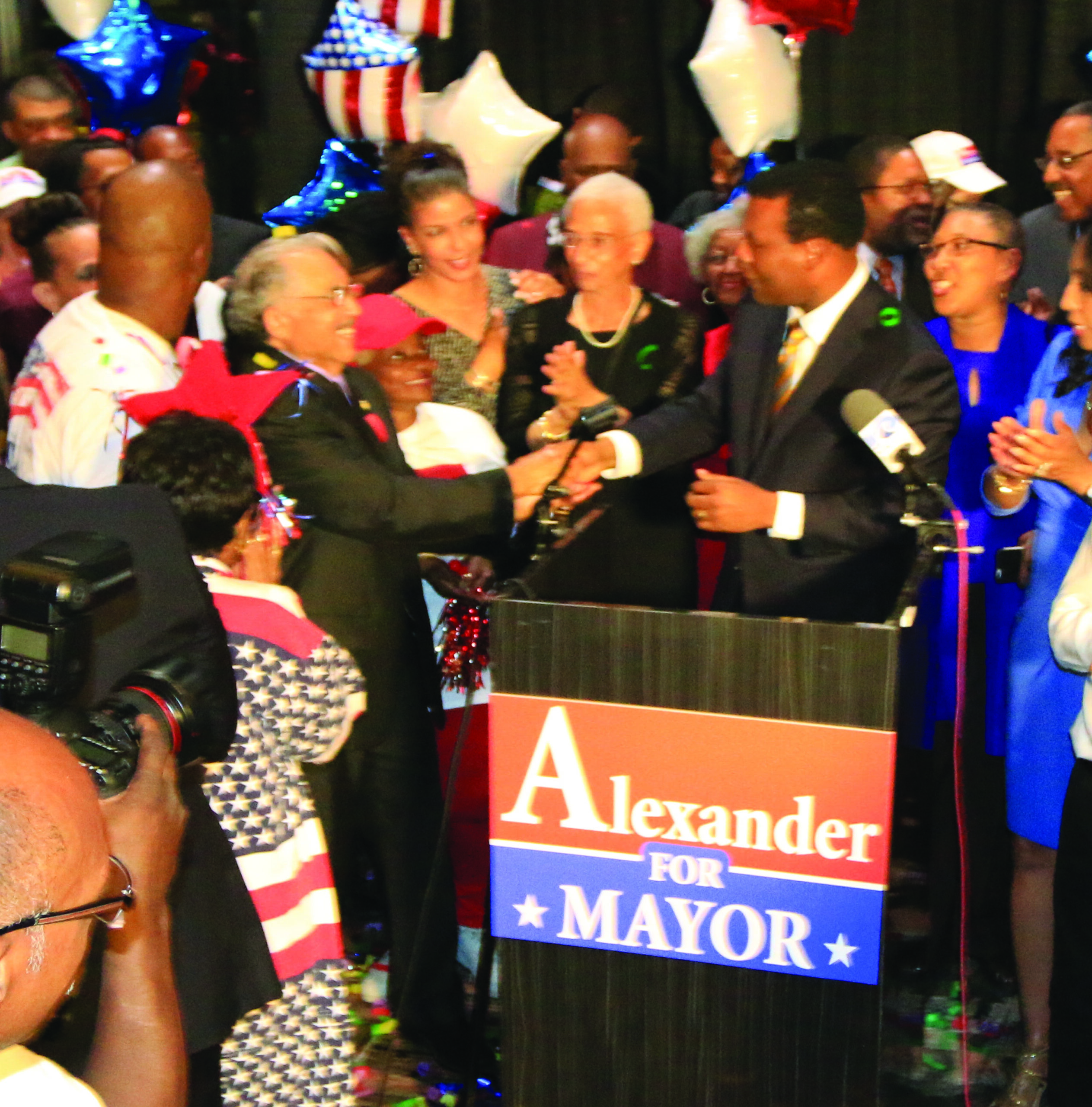 Transparency, networking with civic and business leaders and keeping pace with the administrative, policy and budgetary operations of the city he was elected to lead, are some of the advice former and current mayors are offering Norfolk’s new and first Black mayor. On July 1, Kenneth C. Alexander, businessman and a former state senator, will become mayor of the city of Norfolk, the city’s first African-American in that position.

He will become part of unique club of African-American public servants elected to top positions to use their political and administrative skills in keeping their respective cities growing and prosperous. Also, they are tasked with proving that African-Americans, having overcome decades of political and economic barriers, have the competence and temperament to win the confidence of not only Black citizens, but all of the city’s residents. Alexander was a colleague of State Senator Mamie E. Locke in the General Assembly since 2004. In 1996, she was elected to the Hampton City Council and then served as mayor from 2000 – 2004. Locke migrated from Brandon, Mississippi in 1981 to teach Political Science at Hampton University, where she still works. The fuel which powers cities’ machinery are taxes, generated by small and large enterprises. In Hampton, they provide wages to the 140,000 people who call that city home.

Apart from meeting with critical staff members who run the city each day, during Locke’s first days as mayor, at the top of her “to do list,” was meeting with the city’s business owners. “They are part of your constituency and part of the community,” she said. “I wanted to know who they were; if there was anything they needed; and what the city could do to help them.”

She continued, “They were first surprised at me reaching out and happy. They told me they wanted better ties with the city’s Office of Economic Development. They wanted to share ideas on economic development.” Locke said she also reached out to various civic leagues and engaged the leaders of each of the distinct neighborhoods, “because each of them has their constituencies and interests the city must address, as well.

One of the biggest challenges Locke encountered was the controversy related to an incident involving Peninsula native and former NBA star Alvin Iverson. He was arrested for being involved in a brawl at a city bowling alley and was arrested. The Black community rallied around him, but White residents were hostile to the claim he was innocent of the charges which landed him in jail for a brief period until he was pardoned by Gov. L. Douglas Wilder.

Locke helped form the Citizens Unity Commission to cool the racial tensions from the Iversen case that drew national attention. “We had to act quickly and be open. That commission helped us deal with racial tensions and issues which could have blown out of control,” said Locke. “We had to choose people who could be trusted to help eradicate racial tensions which are always simmering under the surface.” Dr. McKinley Price is serving his second term as Mayor of Newport News. With a population of 182,000, his is the fifth largest city in Virginia, with the Black population closing in the majority. The totem pole of power in city governance has the city manager at the top ruling the day to day operations, the mayor and then the city council. He said he often finds himself working to secure a consensus among his colleagues on key policy and budget issues which come before it.

Price describes his city geo-politically as a 26-mile slither of racial and economic conglomeration from the south to the middle to the north end. It has an enclave of mostly Whites sitting in the city’s south end; the Black core is in the middle; and the northern section is diverse. “The biggest challenge is unifying all of that to make everyone feel they are part of our city,” said Price. “So you have to listen to everyone not only out in the community but your colleagues making policy on council.” “You need four votes to get something done,” said Price. “But even for those who did not get want they want, you have to keep the lines of communication open to build support on other issues.”

Rev. Dwight C. Jones is the mayor of the state’s second largest city, Richmond. It is the capital of the Commonwealth and served as the capital of the confederacy during the Civil War.
He is pastor of the First Baptist Church of South Richmond. First elected mayor in 2009, he is serving his second and final term. Prior to that, he was a member of the Virginia House of Delegates, representing the 70th District from 1994–2008; Richmond City School Board in 1979 and again as chairman from 1982-1985.

Mayor Jones’ time in office has had its share of controversies. But it has been quieter compared to the tenure of the man he replaced, L. Douglas Wilder. Until Wilder led the effort to have it changed by referendum, the Richmond mayor was elected by his colleagues until 2003. The nine-member council is chaired by an African-American woman and Vice Chaired by a White man. There are three Blacks on the council, in a city which has a Black population of nearly 55 percent.

During his campaign, Alexander, who represented the 5th Senatorial District, said he could export skills he used in the Senate chamber to address education, economic development and fighting poverty in Norfolk. “He may find governing locally different than governing in the legislature,” said Jones. “The mayor is always on the frontline, dealing with local issues from trash and snow removal, education, economic development and fighting poverty in a way where you see results.”

Jones said he spearheaded an effort to fight poverty with the passage of an ordinance using “wrap around” services to lend support for education, housing, day care and job training.
Norfolk, which has a poverty rate of over 20 percent, established a poverty commission several years to address the issue, as well. “Race is a factor in many aspects of city policy, especially when you are combating poverty,” said Jones. “If you are dealing with issues of justice, education, and economic development, you just can’t print it on the back of a tee shirt. You must work to uplift a part of the community which are not benefiting from the economic and educational resources of the city.”