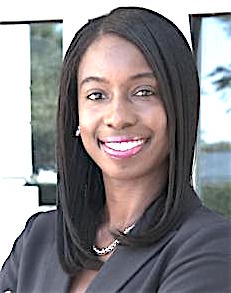 “We have two systems of justice—we have one for Black people…and one for white people. Black People have always suffered …suffered…suffered because of

These were the words of Norfolk Commonwealth’s Attorney Greg Underwood at a “Pray and Park” event organized by First Baptist Church Lambert’s Point in Norfolk on June 4.

Underwood and other civic leaders spoke at the event, held in the church’s parking due to COVID 19.

Underwood’s words stuck out because of his position and that it was the first time in history, the person who held that office spoke out and conveyed an emotional view of the disparities Black and poor people face in the criminal justice system.

He will not seek re-election and his declaration was met with praise and support.

Seven days before Underwood made his speech, he saw the video of a white Minneapolis policemen kneeling on the neck of George Floyd for nearly nine minutes, leading to Floyd’s death.

Floyd was apprehended by four police officers after a deli owner called 911 and accused him of passing a counterfeit $20 bill.

The deaths of Floyd on May 25, along with Breonna Taylor in Louisville, and Ahmaud Arbery in Georgia, all within weeks of each other, have lit the flames for a new civil rights movement.

Fueled by the Black Lives Matters (BLM) network, the NAACP, and other new and racially diverse groups, activists have taken to the streets since.

They are demanding criminal justice reform and an end of “Blue on Black and Brown brutality and murder.”

Underwood said Floyd could have been “any Black person, including his children or grandchildren…if nothing is done.”

But even before his declaration June 5, Underwood had already secured a ticket on the train of reform.

Last year, Underwood at a meeting of the Virginia Association of Commonwealth’s Attorneys (VACA) voiced his concerns about disparities in the criminal justice system.

The VACA, a mostly white and politically conservative group, brushed off his assertions.

Last year, due to the long-standing disparities impacting disproportionately, poor and Black people in the city, Underwood’s office declared it would not prosecute,

But the recent political blue wave in Virginia gave state Democrats the keys to the legislative vehicle.

Now an individual caught with weed will face a $25 fine and no jail time.

Along with the General Assembly, a month after Underwood uttered those revealing words on June 4, others have bought tickets to ride the reformist express.

In November of 2019, other reform-minded Commonwealth’s Attorneys were elected in other parts of Virginia.

They were white or claimed other nationalities other than white.

Ramin Fatehi is Norfolk’s Deputy Commonwealth’s Attorney. He is also the Chair, Criminal Justice Reform Working Group, tasked with hashing out other reforms.

Fatehi said the death of George Floyd, the reformist minded legislature, the Governor and the Attorney General were key motivations behind Underwood and other VPPJ members’ movement.

Fatehi said the VPPJ is among the groups converging on the state capital this week, urging lawmakers to pass a list of judicial reforms during the special legislative session which started August 18.

In a letter dated July 13, the VPPJ laid out its position supporting reforms devised by the state Senate leaders and the Virginia Legislative Black Caucus (VLBC).

“We are a group of Commonwealth’s Attorneys who represent and are responsible for the safety of over 40 percent of the population of the Commonwealth of Virginia,” the signees said in the letter.

“As the national dialogue and push for meaning systemic change within criminal justice and policing continues, we submit this letter to you as a statement of our commitment to these changes and meaningful reforms and our willingness to be partners in offering our

assistance to you and your colleagues as you propose and implement these critically needed reforms.”

The VPPJ said it would offer support notably for

“measures related to police accountability, for use of force, misconduct, and other behavior-related complaints. In this area, VPPJ seeks requirements to allow prosecutors unrestricted access to all police reports, information, and

disciplinary records of officers involved in a matter before the court.”

Also, the group supports requirements that “all warrants be served during the daytime and include a ‘knock and announcement’ provision”.

This proposal is a reference to the incident involving

by three Louisville Police officers on March 13, 2020, executing a no-knock search warrant on her apartment.

“second chance”. Also, they are calling for expanding deferred disposition in all cases where the attorney for the accused, and prosecutor agree.

opportunity for reform-minded prosecutors to effect wholesale change in the criminal justice system.

Bell was born in Norfolk, and is an NSU graduate and North Carolina Central University Law School graduate, He honed his skills under Martin Bullock, Portsmouth’s first Black prosecutor.

community are hoping the General Assembly will address “Qualified Immunity”, a huge hurdle in holding police accountable when accused of brutality.

Democratic party Delegates Jay Jones of Norfolk and Jeff Bourne of Richmond are working on a bill related to the issue.

The two lawmakers believe qualified immunity sets an ‘extremely high’ bar preventing victims or their families if they are killed, from being compensated in civil lawsuits against officers.

While finding an officer criminally responsible for the death of a submissive and unarmed civilian like George Floyd, a civil lawsuit is the only other option

Defense attorneys must be able to point to a similar-previous case where an officer’s actions are deemed unconstitutional.

That can tie the hands of the courts, even when an officer has acted in bad faith, said Bell.