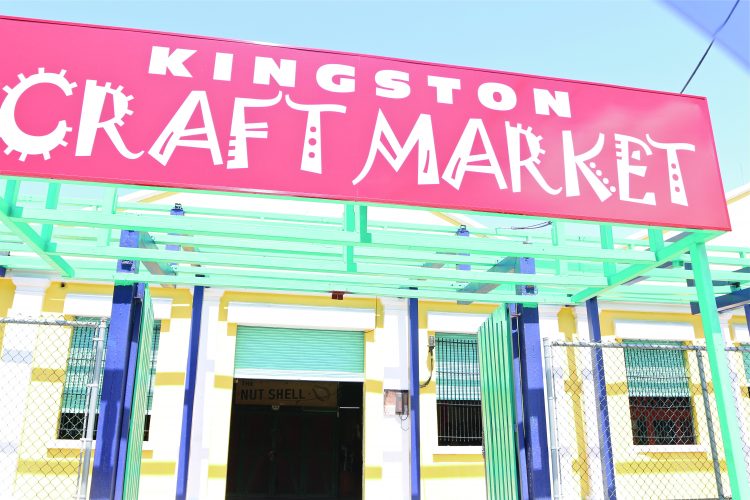 What a wild and remarkable time I had on the Island of Jamaica, lasting 10 days in May. A friend and I drove up to New Jersey, left the car and were driven to New York’s JFK to catch our flight on Jet Blue to start our business adventure/ vacation. Dennis lives here in Chesapeake, VA, as well as I, but he was born on the Jamaican Island which he visits often. After two years of listening to his stories, I could not take it anymore and made up my mine to join him on his next visit

It was a smooth straight-through flight. The West Indies Island of Jamaica looked very inviting from my first ever view from above. I thought I had a reasonable understanding of the Island from my past visits… man, was I wrong. All of my previous visits were via skimming the waters by boat to Montego Bay, which I had enjoyed very much.

Dennis and I arrived in Kingston, the capital city of Jamaica. We were herded through customs pretty quickly after we retrieved our luggage. As you know there is no mistaking the dialogue and accent of the indigenous Jamaican language. I had to become an attentive listener or sometime be lost in a conversation. However, after it was all said and done, I did very well understanding most of the people as they spoke.

During the first two days, Dennis, Lisa, his friend, and I took in the sights through the community of Portland up to Ocho Rio. Portland is full of proud mountainous communities that have many natural ebb and flow that pump nutrients into the dense thick foliage which makes up this amazing paradise. I was totally surprised by the bounty of beauty associated with what I would call a forest-like terrain.

It was not unusual to see coconut trees, banana or plantain trees, mangoes, apples or pineapples growing abound. There is absolutely no reason for anyone to go hungry, and I saw no evidence to that point.

I witnessed in my travels colorful, determined hard-working men and women doing what they do best, communicating and working together. My heart and soul were feeling some kind of way from all the wealth and warm reception we were receiving from the native Jamaicans.

The Island also contains an abundance of thirty species of birds which include the hummingbird, owls, and woodpeckers which are familiar to Americas.

When we reached Ocho Rio which is one of the two ports where the cruise ships dock, the other port is Montego Bay, the shore line had a magnificent view on both coasts. As you can imagine, hotels are plentiful. At this time there were no cruise ships in port and it was evident by the low numbers in the restaurants and bars.

We ate out on the deck at one of the popular dining areas; we shared some of our individual stories and laughed out loud together into the night. It was a wonderful evening, as cool breezes were shifting across our bodies, giving comfort from earlier rays of the sun. As the evening came to a close, each transport from Portland to Ocho Rio averaged about an hour and a half, due to the many winding roads and if you do not stop to view any eye-catching sites.

Feeling brave after a couple of days, I departed from Dennis and his friend as they set me up with a church member who took me in and catered to my needs. The house was very comfortable; my room came with its own shower and bath. I shared the house with the host (Mrs. Cameron), her son and an upstairs tenant.

As you may know, the average temperature hovered around 80 degrees plus, and hot water in most residences is limited. However during my stay I enjoyed taking a cool shower in the morning … refreshing. I was treated to three vegetarian meals a day, no one is this house ate meat but they did indulge in fish. I had no problems adjusting. In fact by the time I returned home I had lost six pounds with no effort, but the old gut still looked the same, lol.

By day four of ten, my cab driver (Wardy) and I had become understandable and more friendly. He surprised me with many attractions that are off the tourist circuit and culturally fascinating; he was my kind of guy. Rounding the mountain curves, I witnessed many beautiful waterfalls, small towns, food huts and arts and crafts each offering something special. Of course it would not be fair if I did not attend the Bob Marley Museum. It was quite interesting as tour buses continue to settle at the site.

The Hero Museum was also fascinating which was stationed outside in a guarded park, reflecting many of the heroes who helped Jamaica gain its independence. I also had a small tour and interview with Mr. Dunstan, who is a marketing representative of The Gleaner Newspaper located in downtown Kingston. It was very kind of him to take me in and grant me an interview without an appointment; gotta love it, this is Jamaica warm and loving.

I also had an opportunity to speak with several Rastas (Rastafarians who wears dreadlocks and speak truth to power). Which leads me to one of my most admired visit on the Island. The Maroon Musuem, hidden away on a back road.

Who are the Maroons? Maroons: a people whose spirit could not be broken; living in the wilderness and dangerous to encounter. This is a common theme for most people of color around the world during the early years. Studying the Maroons’ rich history was bittersweet as more was revealed to me. Most importantly, I discovered it is their love of freedom and a willingness to risk everything for that freedom is the way of the Maroons …nuff said!

By the time you read this article, I will have placed some of my visual travels on my Facebook page; join in if you like … know that Jamaica is worth the visit.

I enjoyed my temporary tan, too, as it was noticeable when I retuned home in the eyes of my friends. T

All the people who travel abroad know this warm phrase, “I had a marvelous time but it is so wonderful to be back (HOME!)”

Peace and love to all.

Word of the Day
Juneteenth,
Check it; use it