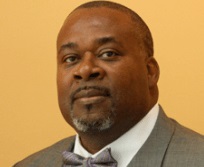 The keynote speaker will be Christy Sims, a Georgia woman who was left disfigured after Andrew Fordham, a former boyfriend, poured acid on her in a 2013 attack, according to news reports. In July 2015, Fordham received a 20-year sentence for dousing Sims with acid which left her body with 20 percent burns. The breakfast will be held Jan. 23 at 8 a.m. at the Virginia Beach-Norfolk Holiday Inn at 5655 Greenwich Rd., in Virginia Beach.

“Many women go through domestic violence and we are interested in stopping it,” said Reggie Matthews, who chairs the Gamma Xi Uplift Foundation, an arm of Omega Psi Phi Fraternity which provides mentoring, leadership development and other community services.

“People should come to this year’s breakfast because they will learn more about domestic violence,” Matthews said. “We not only want more women to say no to domestic violence. We want others not to remain silent about it.”

To address a problem that affects more than four million women each year, Omega has partnered with the YWCA, Samaritan House, and Help and Emergency Response Inc. (HER Shelter). All three non-profits serve domestic violence victims.

“The Stop the Violence Breakfast is a fundraiser,” Matthews said. “What we have done in the past is to make contributions to each one of these organizations. Not only have we brought in experts but we have also made contributions to our partners.”

Omega Psi Phi board members sorted through several trending topics before choosing violence, Matthews said. So it may explain why attendance at each breakfast has steadily increased. The first breakfast attracted about 100. The next year, attendance increased to about 200.

The point is the annual breakfast aims to address all types of violence including bullying. It yielded about 12.5 million hits in a 20-second Google and Yahoo search. Gun crimes, meanwhile, have risen according to an October Pew Research Center report. Several mass shootings this year have brought renewed attention to the issue of gun violence in America.

“We want to bring awareness to violence of any kind,” Matthews said. ”We want you to come out and help to grow the advocacy effort. That is what we really want.”
Tickets to the breakfast cost $30. To learn more, please phone 338-2943.