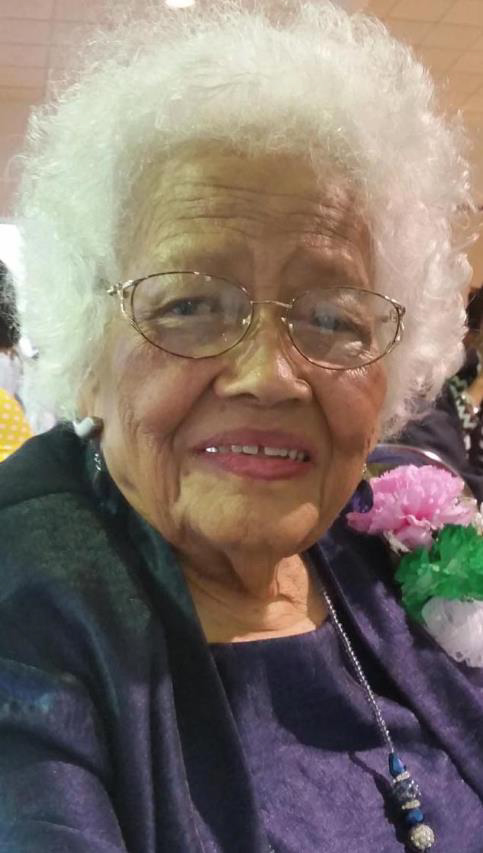 Ruby Holland Walden, 99, passed on December 22, 2020. She was born on October 20, 1921 in Nansemond County (now Suffolk) to the late Axium Holland and Pearl Langston Holland. She was the sixth of seven children, all who predeceased her: Gladys, Stanley, Thelma, Doris, Roswell, and Reginald. Ruby was a lifelong resident of Suffolk, VA.

In 1946, Ruby married her high school sweetheart, the late Frank LeGrant Walden, and four children were born to this union: Janice, Olin, Sandra and Pearl. Together they started their own contractor business that specialized in brick masonry and operated for 39 years, while also farming over 100 acres of family-owned land. Ruby served as Bookkeeper for these businesses and was also active in the civic and political processes that affected the people of her community, city, state, and nation. Over the years, Ruby served on more than thirty Boards, Commissions, Organizations, and Task Forces.

Ruby was dedicated to improving the inadequate education provided for Black children. She served as Secretary of a committee formed to sue Nansemond County Schools for equalization in the late 1950s. She continued to work on these efforts after the suit was won and through integration, proving to be a strong advocate for over 25 years.

In the mid-sixties, Ruby was one of the organizers of The Southeastern Tidewater Opportunity Project (STOP), later serving as the Teacher of the first and only Head Start program in Nansemond County before becoming the Community Service Coordinator. The Head Start Program was very endearing to her and she loved every one of the children.

Ruby was a lifelong member of Mt. Sinai Baptist Church, leading many committees, special programs and projects until her health declined. She served as Secretary to the Bethany Baptist Association for 12 years and represented the church in many other Associations and Conventions throughout her life.

Ruby received numerous awards, including the prestigious “Athena Award” from the HR Chamber of Commerce; the “Senior Health Hero Award” from Bon Secours and Senior Services of Southeastern Virginia; and recognition for 37 years of service to the Sickle Cell Anemia Association, to name a few.

Her motto was: “I cannot do everything, but I can do some things. What I can do, I ought to do. What I ought to do, with the help of God, I will do.” Because of her strong Christian values, she responded when she heard of a need, freely giving her time, service, and resources.

In lieu of flowers, donations may be made to the National Museum of African American History and Culture in memory of Ruby H. Walden at https://nmaahc.si.edu/connect/give. Friends are invited to share memories and sign the online guestbook at https://www.wmjohnsonandsons.com/.